Genetic genealogy is a rather new frontier for us genealogy addicts. I'm still glogging through it like a kindergartener, but I've found some interesting things. Like a brother. In England. And when he took the Y-DNA test to help trace our father's line, we found out we descended from Richard Pace and wife Isabella Symth from Jamestown, who had came from Wapping, England, now a part of London.

When a distant Murray cousin took the same test, we found out we were descended from a John Basse, also in Virginia, who had married the daughter of a Nansemond Nation King. Yes, be jealous, I am actually descended from an Indian Princess. Two, actually, as I descend from Pocahantas through the Warrens. Both my Davis and Winfield lines go back to the Warrens.

Recently, Gedmatch.com, the best site out there as far as genetic breakdown, began study groups, like those on Family Tree DNA. You are in the group if you match up with other known descendants of which ever group or ancestors that title the group. It's dna groups, your dna gets you there, not "Grandma said".


I ended up in the Nansemond Group, as did my brother, my son, and a cousin on my Dad's side. I have a known Bass ancestor, Elizabeth, who married Jesse Murray. But that's on my Mom's side.

Then I discovered through the Pace Group on Facebook that there was a group of Paces that also married into the Nansemond Bass family, so I have this ancestry on both sides of my family tree.

When I first started researching my Aldridge family, I came across the research that had already been done by other members of the Aldridge family, including Mr. Donald Aldridge of Stanly County. In this research was the note that my 3rd Great Grandmother, Priscilla Murray Aldridge, who had married Garner Aldridge, was "rumoured to be an Indian." At that point, that was all I knew. Her father, Jesse Murray Sr., was the first to locate on Long Creek in Stanly County, not too very far from the Rocky River. He first showed up in Anson County in 1820. I trace him to Orange and Granville before that, discovered he was the son of Benjamin Murray and Jane Pearce and that he had married Elizabeth Bass. What I didn't know at that time was the Bass line or the entire Murray and Pearce line. It's pretty interesting stuff.


The Nansemond in Virginia
virginiaplaces.org


What I did know is that the Murray's were not the typical southern white family. Most of his children married white. His daughter Mariah, did not. And Priscilla, my line, after her English-descended Aldridge husband died, had one more child, who was not white, Matilda. Today, there are both black and white descendants of this couple.

But back to Keziah Elizabeth Tucker Bass. We do not know what her name was before she was Christened. It is thought that Keziah was her original, indigenous name and Elizabeth her Christian name given after she was baptised. There's a great deal of repetive information on the entire family line. What that states is that the colonists gave several of the Nansemond the surname Tucker. Or maybe this particular line of Nansemond had already intermarried with the English.

John Bass wrote a book called, "The Pathway to Perfection", a book of sermons, about 1675. Within he noted those famous words that his thousands, if not millions, of descendants now treasure.

As far as any famous Bass cousins, we can claim musician Tommy Lee of Motley Crue. 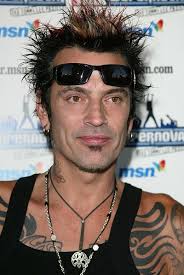 The Bass family has been traced all the way back to a French Huguenot, Humphrey Basse, born in 1554 in France. He relocated to London and was a shareholder of the 3rd Charter of the Virginia Company. He had married a Mary Buschier, daughter of Dominick Buschier of Italy, whose wife, Genevieve Clerke, born in Rouen, France. This couple had a son, Nathaniel, who was the Bass immigrant to America. He married Mary Jordan in 1613 and they came to America in 1619, settling in Jamestown in 1619. The couple first settled down on Lawn's Creek and then later built a plantation he called Basse's Choice on the Pagan River. These were the parents of John Bass.

Less is known about the parents of Keziah Elizabeth Tucker Bass. Only that her father was called, "Robin, King of Ye Nansemond".


John and Keziah had the following children: Elizabeth, John, Jordan, Keziah, Nathaniel, Richard, Samuel, William.There was said to be a great deal of intermarriage between the descendants of this family and that as a group, they settled in Norfolk County, near the Great Dismal Swamp. Eventually after a generation or so, another group settled into Craven County, North Carolina, and some of the grandchildren and great grandchildren made it into Anson County, including one Frederick Bass. Frederick Bass, a grandson of John Bass settled in Anson County, but some of his children moved into Robeson County and intermarried with the Indigenous people of the Lumber River, then known as the Croatan, now the Lumbee, another Native American group known to intermarry with the other ethnicities around them. Descendants of Frederick Bass are found in Robeson and Anson today.

The relations between the Viriginia Colonists and the tribe were not always pleasant. The following information (in color), is from the Library of Virginia: Encyclopedia of Virginia.

By 1607, when the first English settlers founded Jamestown, the Nansemond lived in several villages centered near Chuckatuck, in present-day Suffolk, along the . Their head chief lived near Dumpling Island, where the tribe's temple and sacred objects were located. The Nansemond tribe spoke a dialect of Algonquian and was among the roughly twenty-eight to thirty-two tribes of Tsenacomoco, an alliance of Algonquian-speaking tribes that was ruled by the paramount chief Powhatan.

Although there were members of the Bass Family in Anson County, one of the circle of counties I consider my homeland, my Elizabeth Bass does not appear to have been descended from the Anson branch, but from the Granville Branch. The below link is to an excellent blog about some of the Lumbee family lines and mentions that of Frederick Bass of Anson County.

Anna Elizabeth Bass was born in either Franklin or Wayne County, North Carolina. Her father passed away before 14 April, 1791 in Wayne County. The widow of Richards brother, Andrew was appointed the guardian of his minor daughter. Her name was Alice Bass, so Alice is who raised Anna Elizabeth Bass. Bondsmen for the guardianship were Alice Bass, Richard McKinnie, Richard Bass and Ezekial Slocum.

Jesse Murray and Anna Elizabeth Bass were married in Granville County, North Carolina about 1798. The 1850 census of Stanly County gives her a birth year of 1785, but I believe that may have been off a few years, as that would put her at only 13 at marriage. Census ages are notoriously wrong sometimes, especially for women.

The following book is an excellent source on Bass Family lineage, among others.

The Descendants of Francis Muncy I: With Allied Families

I have not yet determined the Pace/Bass family connection, I've only seen it discussed in the Pace Family Facebook Group.

So whether I have one or two branches back to the Nansemond Princess, Keziah Elizabeth Tucker Bass, I want to say - Happy Mother's Day Grandma Keziah!