Adam Mandy was my mother-in-law's brother. He was born in Princeton, British Columbia, Canada in 1937 and died in the West Frasier Valley in 1979 at the young age of 42. He is described as being a huge blonde Mountain Man. Records show him with various occupations, tracker and trapper and guide, machine operator, but is main-stay seemed to be that of Mink Rancher. 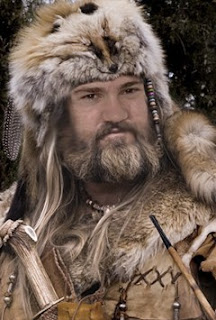 Adam was illusive, private, but also a prankster with a big boisterous laugh. A great uncle to have, according to his surviving siblings, nieces and nephews.

The Frasier Valley is a beautiful area that borders the United Stares. This is where Adam lived and ran his Mink Ranch.

The area is a beautiful place. This family lived in Yale, Langley and Murraysville. 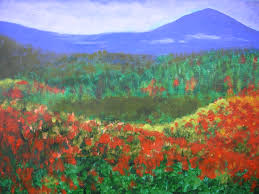 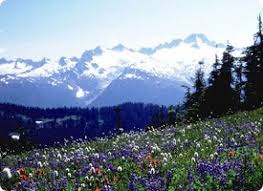 They were difficult to research, being their parents were immigrants and I have not been able to travel to Langley to search for records.
Adam and his siblings, Helen, Mary, Olga, Billy, Syliva and Walter were the children of William Iwan Mandiburr or Mandiburra and Nellie Kendrat or Kindred. The names were Anglicized upon arriving in Canada.
Iwan Mandibura was born in 1897 in Poland and arrived in Canada in 1927. Poland was not he and his families nation of origin, however. They were from the Russian Ukraine.
Iwan, or William, died in 1969 in Murraysville, Langley Township, British Columbia. He is buried in the Murraysville Cemetery. Nellie Kendrat Mandy was born in 1911 in Nelson, Manitoba, Canada. She was the daughter of Wasyl (which would also be Anglicized to William) and Mary Kendrat. 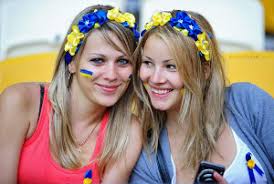 They had arrived in North America a decade prior, with their young son Danylo, or Daniel. The daughters were all born in Canada. Wasyl arrived first, with members of his own family, and made a place for his young family, before returning to Galatia, Austria, to retrieve his wife and son.
The census shows that they lived in a community of other Galicians. Galicia until 1918, was a crown land of the Austro-Hungarian monarchy. The former territories of Galicia are now shared between Southern Poland and Western Ukraine, with just a small portion being in Poland and the majority in the Ukraine.
By 1911, daughters Polina and Kastara had arrived, with Nellie on her way.

It is amazing to me that I can trace my own heritage back into the 1600's, because my family have been Americans that long and longer, but these newer arrivals in my daughters family tree, I have not been able to trace beyond Iwan and Wasyl and Maria.

I can study the history of the area, and the peoples, to have something of this part of her heritage to pass on to her.
I found out that in the later part of the 19th century, that Russia, now in control of the area, revoked many priveledges to persons considered Germans, and there was a great migration of Austrians, Ukrainians, Germans and Poles to North America.

People of this region are known for their beauty, long-life, health and bright floral traditional dress. I have discovered where my half-Ukranian child gets her beauty and love of "hippie"-like patterns.
Ukrainians Posted by Jobs Children at 8:19 AM