Elizabeth "Betsy' Broadway Carpenter was my 5th Great Grandmother. Her claim to fame was her longetivity. She lived to be 101, her lifespan covering nearly the entirety of the 19th century.


The newspaper credited her with living to be 108, and maybe the birthday we have for her is incorrect. Either way, she was long upon this Earth during an era when her life expectancy was much shorter.

Betsy was born along the Rocky River in Anson County to one of the Rocky River plantation families. Her parents were William Broadaway and his wife, Martha, maiden name unknown.

When she was 18 years old, as was common in those days, she married her Broadaway cousin, Thomas Carpenter, son of James Ludwell Carpenter and Obedience Broadaway Carpenter. "Beadie's parents were Nicholas and Grace Broadaway. I am not sure exactly how Nicholas and William we're related, but the Anson County Rocky River Broadways we're one family. One day soon, I hope to focus on them thouroughly. 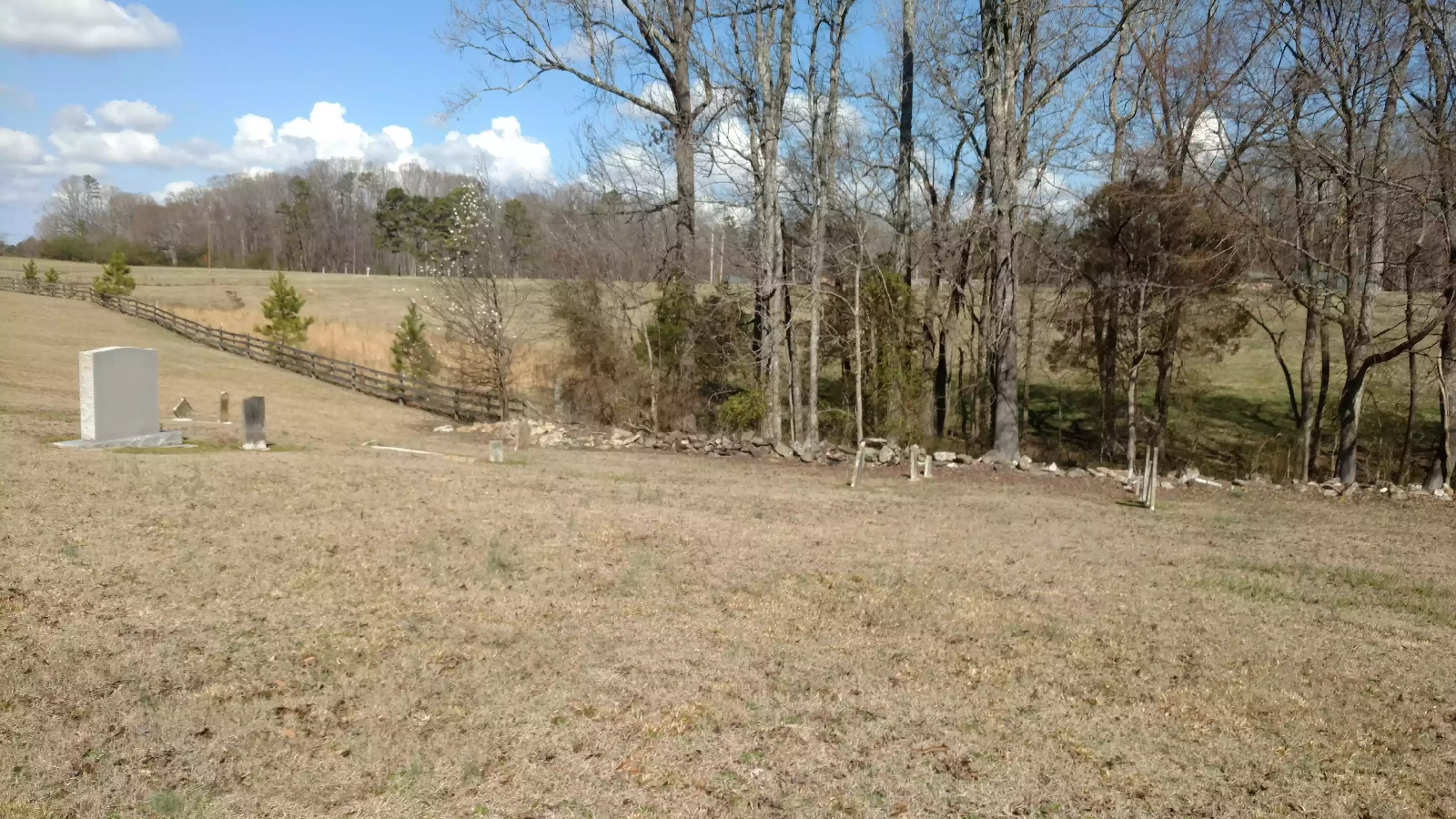 Betsy and Thomas were the parents of 11 children: Obedience,  Martha, James Allen, William, Mary Ann, Nancy, Elizabeth, Caroline, Davis, John and Layfayette. Some people even attribute a Jesse and an Obediah to them. Those two I have not documented. Whether 11 or 13, by the time of her demise, Betsy Broadaway Carpenter had hundreds of descendants, as most of her children also had large families.


She and Thomas raised their children along the Rocky River in Anson. After she was widowed, Betsy would relocate to Stanly County, where she resided with her daughter, Martha Carpenter Hooks, my line.

She would outlive Martha, who passed away in 1891 and after that would return to Anson County, and reside with her youngest son, Lafayette Carpenter.


Betsy died in June of 1905. She is buried in the Edwards Family Cemetery near Burnsville. Again,  her longetivity was noted by columnist "Whale" of the Wharf Community in Anson, Mr. Ingram. He was incorrect that she was raised in Stanly County, she was not. Her husband Thomas, was, but not Betsy. 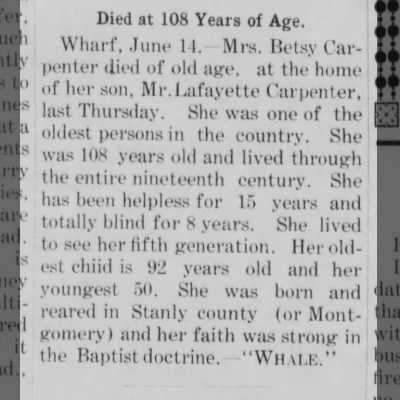 Rest in Peace Grandma Betsy. I hope to follow in your longetivity.

Posted by Jobs Children at 3:21 AM