The deeper I dig into the Melton/Milton family of Stanly and Montgomery Counties, the more the family weaves in to other families and the more the color lines of the 19th and earlier 20th century are blurred. Some of the family lines seem to be timeworn and well-established Virginia families that made their way to Granville, Person and Franklin Counties, in NC, before dropping into the lap of Stanly. Others are more intangible. 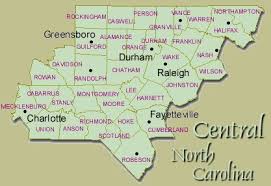 In this section of map from the ncdcr.org, you can see the path from Virginia, through Granville and Person, into Franklin and then southwest, probably through Chatham and Orange, before ending up in the Stanly and Montgomery County areas.

I will be getting into it in later posts, but found that John Melton, born in Virginia and raised in Granville County, married Margaret "Peggy" Wilkenson, daughter of David Wilkenson (or sometimes seen as Wilkerson) and Sarah Pettypool. The name Pomfreit (or variations of it), an odd name, runs through the early Meltons, John having a brother named Pomfriet Melton (or Milton). They were sons of Henry Melton of Granville and as I mentioned, I will cover all of that in a later post. David Wilkerson was a Jr., son of David Wilkerson, Sr. He had a brother named William, who married Martha "Patsy" Pettypool, daughter of John Pettypool and Sarah Sanford. A descendant of William, Joseph Pomfrey Wilkerson, born in Granville, also married into the Pettypools by taking Martha, dauther of Stephen Pettypool and Margaret Haliburton as his wife.

All this is to lead back to Joseph D. Melton, Sr. Joseph was definately a son of John Melton, Sr. as proven by land records. His first wife was named Clementine. They are shown together in Montgomery County in 1850, then Joseph disappears and Clementine is shown living in Albemarle near James R. Melton in 1860, with their two youngest sons. Where were Joseph and the older son?

Clementine must have died before 1868, because a marriage record exists in Stanly County for September 3, 1868 between Joseph D Melton, son of John and Margaret, and Polly Ann Solomon, daughter of Elizabeth Solomon, no father mentioned, but the service performed by William Solomon.

Joseph D and Mary Ann (or Molly or Polly, as she is alternately seen), have their own family in Montgomery County. They lived not far from the Stanly County line and the forks of the Yadkin and Rocky Rivers, in between the present towns of  Norwood and Mt. Gilead, as Joseph donated a portion of his farm for a church in 1876 and the the church still exists.

The marriage of Joe and Polly was not the only interaction between the Solomans and Meltons. A James and Fannie Soloman were neighbors of some of the Meltons in the Swift Island area and their land was bought out by Joseph's brother Henry H. Melton in  1851.

A young man named John Soloman was living with John Milton, Jr. in 1850.

John E. Soloman of Rowan County, Gold Hill, bought and sold some land on the Yadkin River to James F. Kirk. He was probably the same John E. Solomon who was ordered to be brought to court in 1841 in Stanly County, and was described as a colored boy 'now living with Edmund Lilly'. 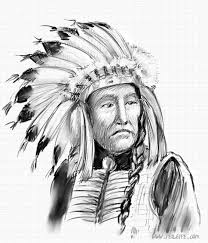 Several Meltons ended up moving to Gold Hill. One of them was Nancy Boysworth Melton, the widow of John Melton, Jr. Another was Elbert, son of Charlotte Melton, who was also ordered to be brought to court in the early days of Stanly County. Elbert was also described as 'colored', while his mother, who is found living with James R. Melton in Albemarle in 1860, and very close to Clementine and her sons, is enumerated as white. Then there is Harris Melton, who is found living with Ann Bird in Gold Hill in 1850. This couple is sited in a Stanly County lawsuit that made it to the Federal Courts, their marriage being described as illegal, as Ann Bird was white and Harris Melton is described as not, however, they sued because they said the law did not apply to Indians and that Harris Melton was part-Indian, not black, and the court determined after evidence was presented, that he was indeed and Indian. All of this deserves further investigation, that is to come, but the point was that a number of members of the Melton family had relocated to Gold Hill.

Mary Ann "Polly" Soloman was much younger than her husband. Her marriage license lists no father.

In 1850 in Stanly County, a bastardy bond was taken out against James Middleton for the maintenance of a baseborn child begot on the body of Elizabeth Soloman.

Mary Ann Solomon Melton died on September  19, 1916 in Montgomery County, NC. Her death certificate states that she was born in 1851 in Stanly County (but she was in the 1850 census as 2), and that she was the daughter of John Solomon and Elizabeth Wilkerson.

Her husband Joseph was the son of Margaret Wilkerson Melton and Mary Ann was the daughter of Elizabeth Wilkerson Solomon. Were they related?

But back to John W Solomon, who was he? And how was Elizabeth related to the head of household, Nancy?

Also, in 1841, a John W Soloman was ordered to be brought to court to be bound out, but unlike John E. Soloman, he was not described as colored.

The next census, 1870, shows John Solomon, 35 and Martha Solomon, 26 living in Stanly County, having been married in July.
(Note: Since this post was published in July, a descendant has came forth and objected to my referring to John W. Solomon as illegitimate, so I have removed this statement.  Let it stand that the marriage document states only that John Bruster was listed as the father of the groom and Nancy Solomon was listed as the mother of the groom. Both living and that Thomas and Nancy Tolbert were given as the parents of the bride. John W. Solomon went by his mother's surname. Also, a John W. Solomon was ordered to be brought to court to be bound out in 1841. The John  Solomon who married Martha Tolbert would have been about 6 or 7 in 1841, which was the typical age for this to happen, according to a historian I have spoken with. Also, that John E. Solomon, the other John Solomon living in Stanly County between 1840 and 1850, was living in Rowan County by 1850 and married to "Eliza". He and Eliza were together in Rowan in 1850 and 1860 and moved to Iredell to be together in the 1870 and 1880 census. They do not appear to have had any children. John E. Solomon could not have been the John to marry Martha Tolbert in 1869 as he was already married to Eliza  and was still with Eliza in 1870 and 1880,)

In 1850, there was also a James (44) and Fanny Solomon and William (48) and Tabitha Soloman living in the same area of the county as Nancy.

Granville County marriages show a Benjamin Solomon and a Nancy Hide marrying on May 20, 1819. While  William Solomon married Penny Bird  on January 11, 1804.

Could that be  Nancy of the Yadkin River, Montgomery and Stanly County area?

Was Elizabeth living with Nancy, Elizabeth Wilkerson Melton and had she been married to a John Soloman at some point? There was a gap between the ages of the two sons, Henry Clay Solomon and James Allen Solomon, so I decided to look into them to what I could find.

Takes me back to my research on Albert Murray, son of Mariah Murray, his marriage certificate listed his fathers name as a Henry Wilkerson, and the only known Wilkerson in the county at that time, as an adult head-of-household was Jonathan. Albert Murray and his siblings also balanced precariously on the color line.

Also, a William Soloman marrying a Penny Bird, was not the only connection between the Solomans and Birds as well. A 20 year old BF Bird was living with David Melton in 1860 and Henry Bird was the Melton's neighbor along the Yadkin for several decades. 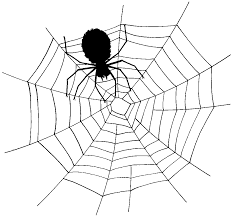 Both Henry Clay Solomon and his brother, James Allen Solomon, served in the Civil War. After that, their paths parted, and took them both into strange territory. Henry Clay Solomon's last census proved a puzzling piece to an already unfamiliar web.