The significance of Wolf Pit.

The Significance of Wolf Pit Township and the Community of Cordova in Richmond County, North Carolina.

below: A 19th Century Wolf Pit. 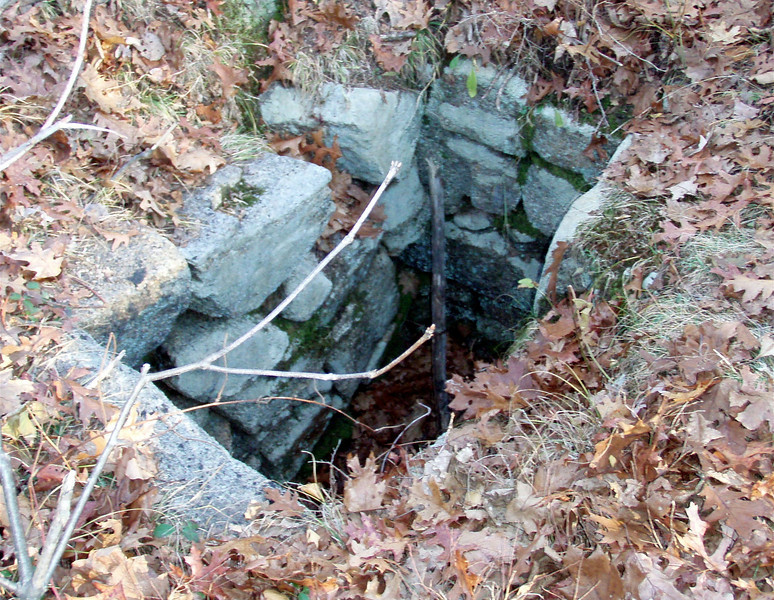 While researching the Carpenter, Howell, Cox and other family histories, I found that in the late 1800's and early 1900's, many of them ended up in the Township of Wolf Pit in Richmond County, and specifically in the community of Cordova, which is located in Wolf Pit. I wondered what the significance of Wolf Pit was. An unusual sounding name, for certain, but why was it a draw to people from the surrounding counties of Anson, Stanly, Union, Montgomery in North Carolina and Marlboro and Chesterfield in South Carolina.

First, the name. Richmond is a county in which the topography of North Carolina changes. At the PeeDee River and the border of  Anson, and within its 'handle', much of it is rich farmland like Anson. Going east, Richmond becomes part of the Sandhills of North Carolina, the area between the Coastal region and the Piedmont. Richmond is a county wherein the Uwharrie dips her toes into the beach. Its 'ripples' are her foothills that later turn into a sandy soil.

According to Clark Cox, a writer for the Sandhills area news "The Pilot", the name of Wolf Pit comes from an old legend. The area near and around the PeeDee can be a bit swampy in places and according to legend, was one time overrun with wolves. An enterprising local farmer had dug a pit and covered it with brush in hopes of trapping one of these roving canines, as their hides carried a substantial bounty. The legend has it that he caught only one beast, his own mule. But the name for the area apparently stuck.

The draw to the area for the families I researched, however, could be summed up in one word: TEXTILES. You can see the village of Cordova indicated on the map south of Rockingham and the proximity to the Anson county communities of Lilesville and PeeDee. For large families like that of Philmore Carpenter, or for the fatherless ones like that of Ann Howell, the burgeoning industry of textile mills was a source of income and survival. Prolific, but unindustrious Philmore, sent his bounty of children to work in the mills, which could supplement his alchohol addiction and lack of sucess as a farmer. Other families, like the Coxes, did not own enough land to provide a substatial living. To other families along the Yadkin and PeeDee rivers in Montgomery and further south, on into South Carolina, the building of the damns had flooded much of their property and especially their fertile bottomlands, laying their farms underwater, or the back up from the flooding causing an outbreak of malaria and other diseases. Many of these displaced families sought work in the factories, and many sought a healthier existence away from the water and mosquitoes.

On February 16, 1895, Robert Leak Steele and others obtained a charter for the development of a textile company. The first mill was built about 4 miles or so south of the town of Rockingham and was named Steele's Mills for the family. Many members of the Steele family became involved in the textile business. A village was created for workers around the mill, as was going on in several other towns in the Carolina Piedmont about the same time. The village was named Cordova, most likely for the Provence in Spain. Why, I do not know, nor can discover. From the names in the early population of this community, it does not appear any of them were from Spain. Maybe one of the members of the Steele family had visited Spain and liked the sound of the name. We'll never know.

The Act of Incorporation lists the following members of the Steele family as the corporate body: Robert L Steele, Robert L Steele, Jr., Thomas W Steele, Thomas W Steele, Jr., Walter F. L. Steele, William H Steele and Stephen W Steele. Robert Sr died in 1895, before the mill and the village were completed and Robert Jr became the President of the Company and completion of the Mill and production began in early 1898.

Cordova Village was built as many Mill Villages were, with houses of a few different styles, but all wooden cottages, surrounding the Mill within walking distance for the employees. Small businesses that would supply most of their needs sprang up around and within the village, wherein it became its own little town.

The Cordova Post Office was establishe in July of 1899 and Mrs Lula Register was the first Postmistress.

A company store was established ran by the Mckenzie family for many years.

Originally, the houses were rented to the employees for $1.50 to $1.75 per week, depending on the size. The rental was about 50 cents per room and water and electricity was provided free of charge. For the former farm families, this was a luxury, as most of them came from dwellings without running water or electricity.

Mills ran in shifts and often times parents and older siblings would work different shifts in order to switch off childcare of the younger ones. Child Labor had not yet been outlawed and children were put to work as young as 6 or 7 in some families, while others sent their children to school until about the fourth or fifth grades, and then pulled them out to work in the mills. Supervisors were known to carry canes in which to beat insolent children who tarried or played and did not keep their production up.

The Company Store sold a wide range of merchandise, everything the employees would need. Doctors set up offices in the village. Some of the earlier doctors in the Cordova village were Dr. W. R. McIntosh and Dr. William P. Stancill Webb.

The citizens of Cordova are closely knit. Many of them have lived there for three or more generations and have intermarried. Descendants of the people who migrated away from the farms in search of a better life.

Wages were low at times, but that was the conditions all around. During the depression, these families of the mill village still enjoyed employment, a roof over their heads and meals to eat.

Recreational activities were provided for the families of Cordova. The schools and churches were the centers of the community. There were two churches, Cordova Baptist Church and Cordova Methodist Church. Services in the old days were held on alternative Sundays and many of the workers would attend both churches. There were clubs, such as 4H and Scouting for the children and a Busy Bee Club and Home Demonstration Club for the ladies. Men participated in sporting events, like baseball teams.

In 1945, Steele Mills was bought by R. S. Dickson & Co. of Gastonia and later leased the property to Burlington Mills. In 1957, Burlington changed the name to Klopman Mills.

The families of Cordova eventually bought their own homes. Descendants of Mill workers went on to diverse occupations within the county of Richmond or on to other counties or states. The textile industry in the Carolinas is almost, but not entirely dead by now, most businesses either closed due to competition or relocated to other countries where the companies do not have to pay a minimum wage, adhere to safety and health standards, and where child labor is not yet outlawed.

The society of the Mill villages still have their effects on the people of today, who may have once worked in the Mills, or whose parents or grandparents came from this environment. While the people of the late 1800's and early 1900's were in transition from an agricultural to an industrial economy, the citizens of the late 1900's into the 2000's are in a transition from an industrial  economy to the suffering economy we are living in today. I don't know what is coming next, an economy of technology and service, or if we will become a third world country ourselves, but America has a history of movers and shakers and survivors. Let's hope these traits will get us through.