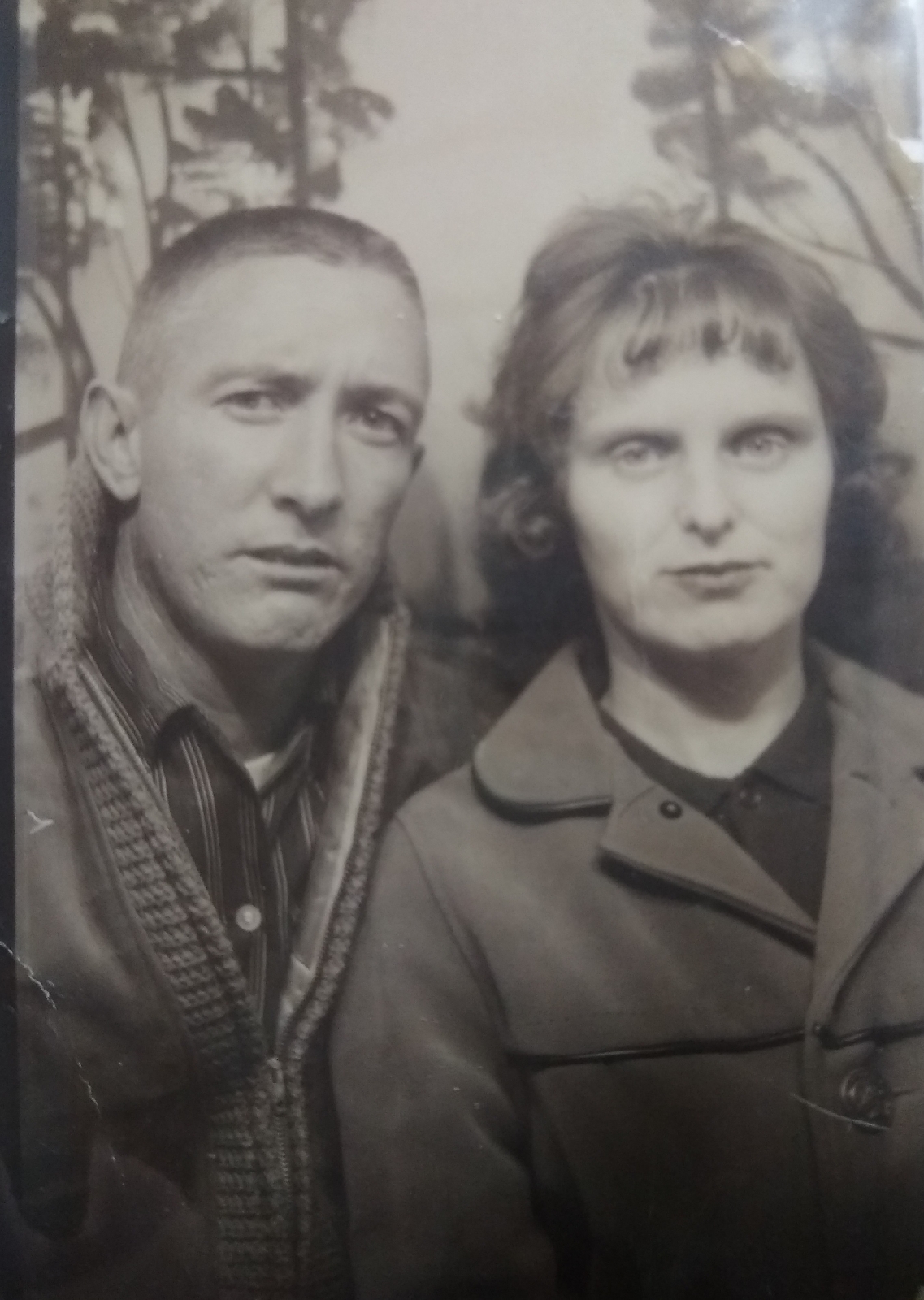 Today is Mother's Day. In the Honor of the many Mothers in my Family Tree, I'm posting on one each day.

Today I honor my closest Mother, my own. 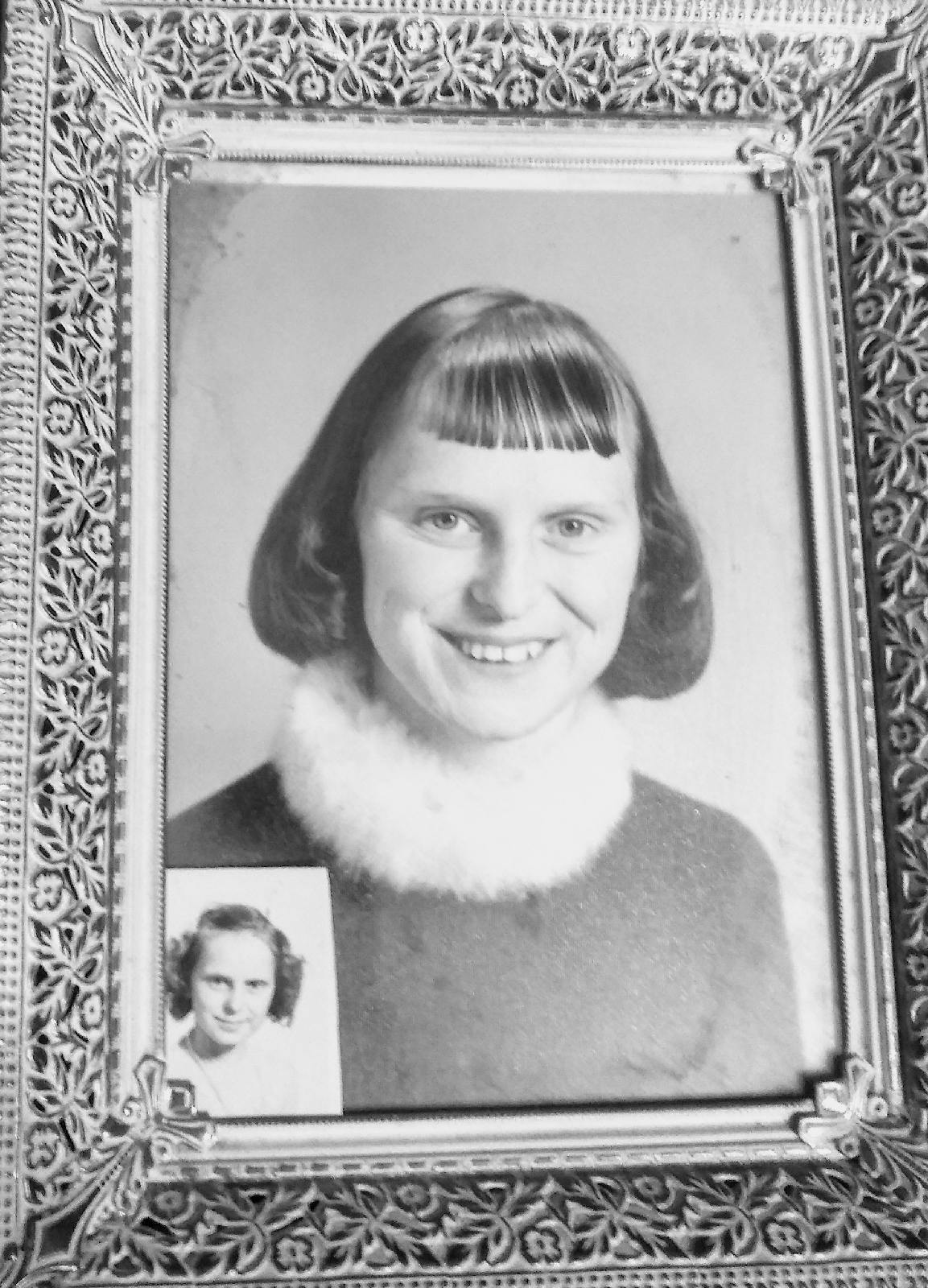 Nancy Joyce Davis was born on March 3, 1939 in Albemarle, Stanly County, North Carolina. She was the youngest and last child of Lewis Theodore Davis and Annie Maude Mauldin Davis.

She would be known by her middle name Joyce, a fact she often lamented. She had been preceded in birth by Lewis Douglas Davis, Walter Kenneth Davis and Sylvia Joanne Davis. All are deceased as of now with the exception of the firstborn, Uncle Doug.


Momma grew up in Albemarle. She attended Central Elementary and graduated from Albemarle High School.

Momma was a catbird. As a child, she enjoyed playing with her little dog peanut. As a teen, she enjoyed biking and skating and hanging out at the YMCA.


Joyce was a child of the 50's. She was a Bobby-sockers who loved Rock-n-Roll and above all, she loved Elvis. Fats Domino and Little Richard were also among her favorites. I've tried to pass down all of the Lullabyes that my Mom used to sing to me to my children and now, my grandchildren, like "I found my thrill on Blueberry Hill" and "Tootie Fruitie on the Rootie". 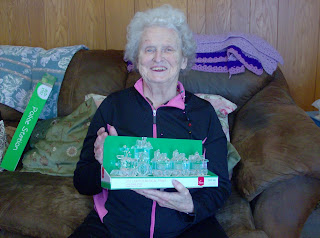 Joyce Davis graduated Albemarle Senior High School in 1858 and married a boy from South Stanly she met at the YMCA, Melvin Eugene Lambert, in 1959. Thirteen months later, I made my appearance, in 1960.

Gene was a soldier, and served as an MP in both the Korean and Vietnam Wars. That is why I was born on an Army Base, at Valley Forge, PA.

The separation was too great and my parent were too young and the marriage didn't work out. My mother and I lived with her parents in Albemarle for a number of years and my parents were divorced in 1965.


Momma was a working single mother for awhile. We lived with my grandparents and I attended daycare while she worked. A young mother, she was full of the Davis spit and vinegar and she liked her hot cars. She had the most beautiful aqua (her favorite color) and white 57 Chevy and when that one got a little age on it, she went for a hot little Chevy II, black with red trim. In a way, it may have been alot of fun if Momma had stayed single. Fun, but empty.

Momma would fall in love again for the last and forever time with the boy down the street. You could literally walk out in front of one house, look down the road and see the other. 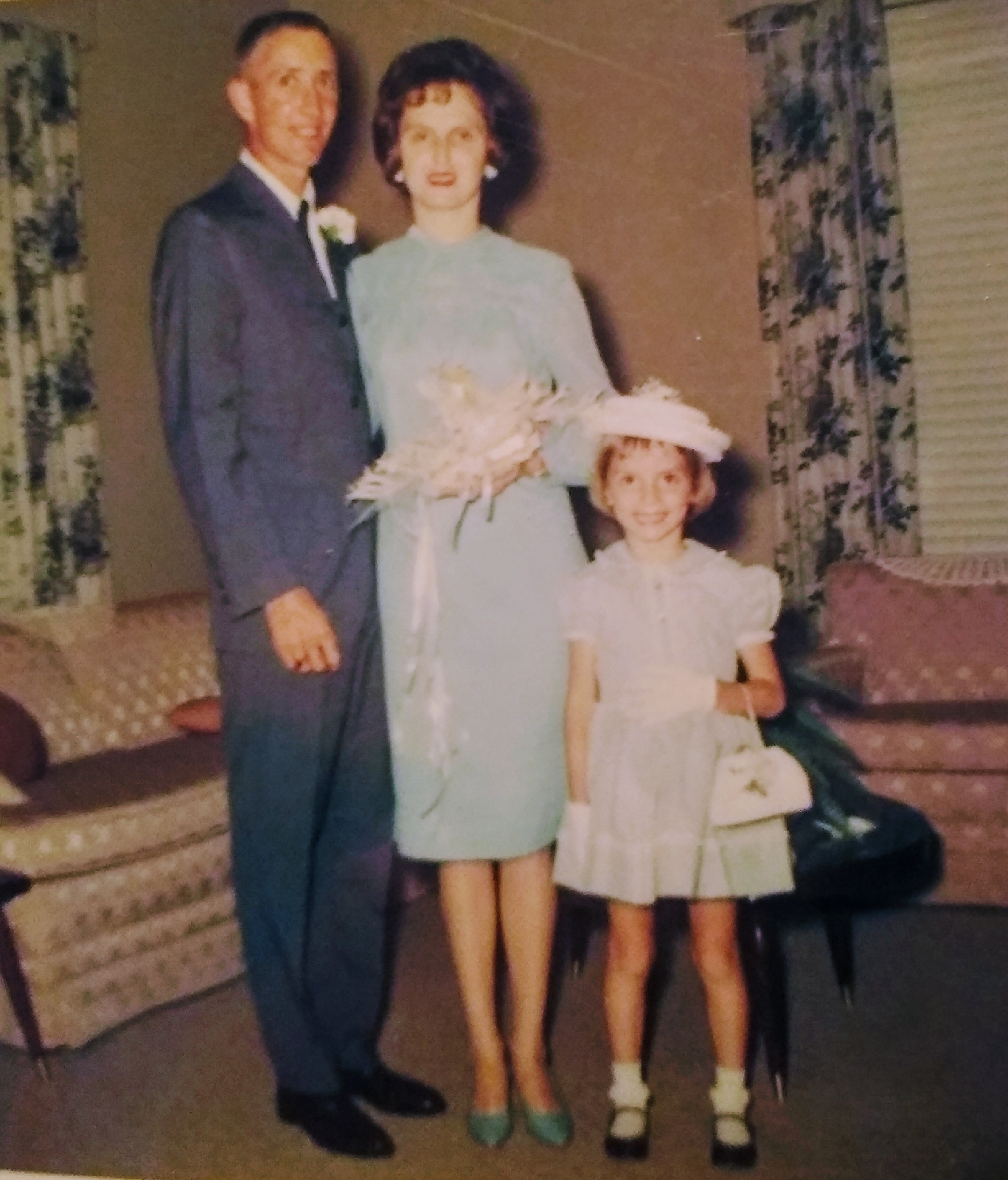 Momma got married for the second time, and this time took off to South Carolina,as they both had been previously married. This time, instead of an 18 year old teen, she was 26 - and weighed a mere 86 lbs, she liked to remind me. Which was good, because as you could tell, Daddy was a little man.

Daddy, was Robert William Thompson, born in 1935, five years her elder. He'd noticed the girl down the street before she had married the first time, but she was too young back then. He too, was a Korean War Vet, but he had not made a career of it and he, too, was divorced, but no children. He once told me, that knocked-kneed little blonde child with the big-brown eyes above, that he had fell in love with me before Momma. That had a big impact and I never forgot it. 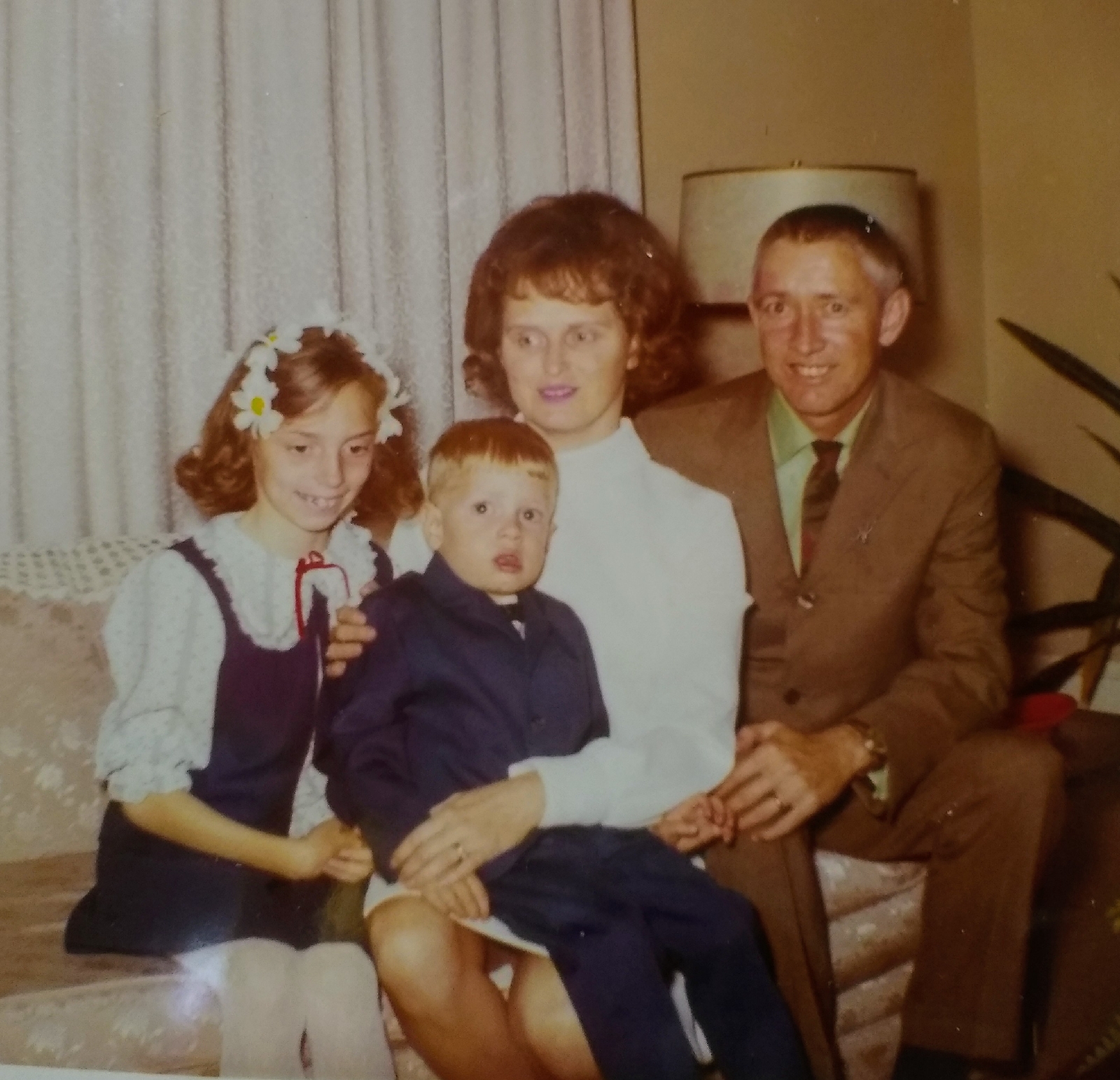 The marriage produced two children, Eric in 1967 and Nancy in 1971. Sadly, both children were autistic, becoming so after experiencing seisures as toddlers. Therefore, it was not known that the first was austistic until Momma was very pregnant with the second. There were some hard years. Autism is a wide spectrum and these two were on the lower end of functionality. It was almost more than she could bear. Momma had to quit work, and she ended up having a nervous breakdown and had to take nerve pills. Still, I know I could never be as strong as she was. My teenaged years were traumatic and painful. I had parents who loved me, but I felt I lived in an insane asylum and the kids forced me into isolation. I could not have friends over, I could not leave the house because the kids would get upset and every possesion I had that meant anything to me would be torn up by the kids. I labeled them 'destroyers' and began running away from home. I ended up a troubled teen because of this. Thank the Lord my parents and grandparents had laid a solid foundation for me before this, because I made it out alive. 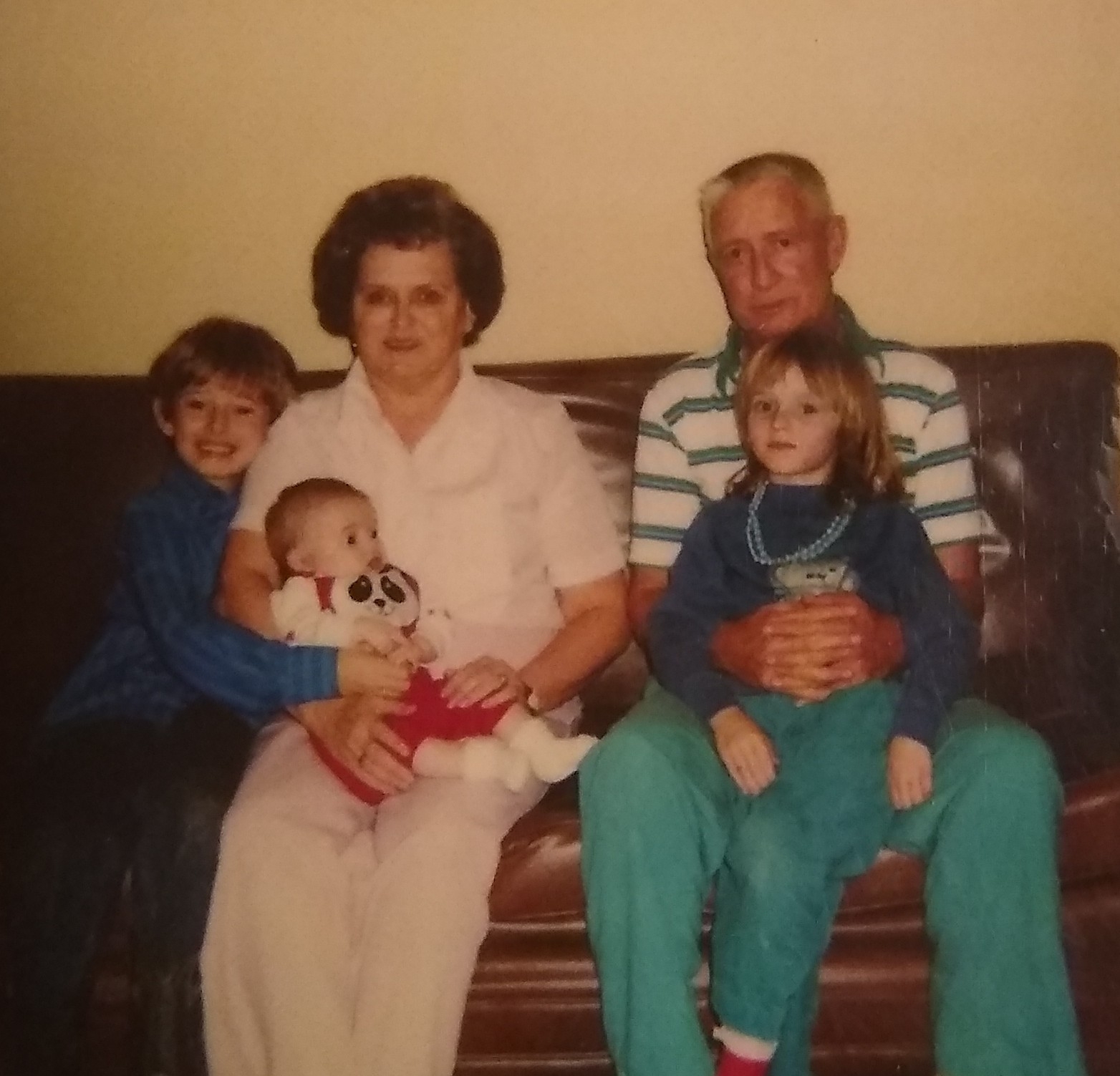 I married young to a much older man just to get out of the house. We had 13 good years and 3 beautiful, healthy children before he died far too soon. I had followed my mother's footsteps in being a teenaged Mom.

But Momma and Daddy had not let their fortunes destroy them. They fought to get help for their children and were instrumental and founding membes of the Group Homes for the Austistic, or GHA, in Stanly County.  Their work was a model for other counties and other countries, with people coming from as far away as Japan to tour and learn about what they had done. And it continues to grow without them. I am honored to be their child. 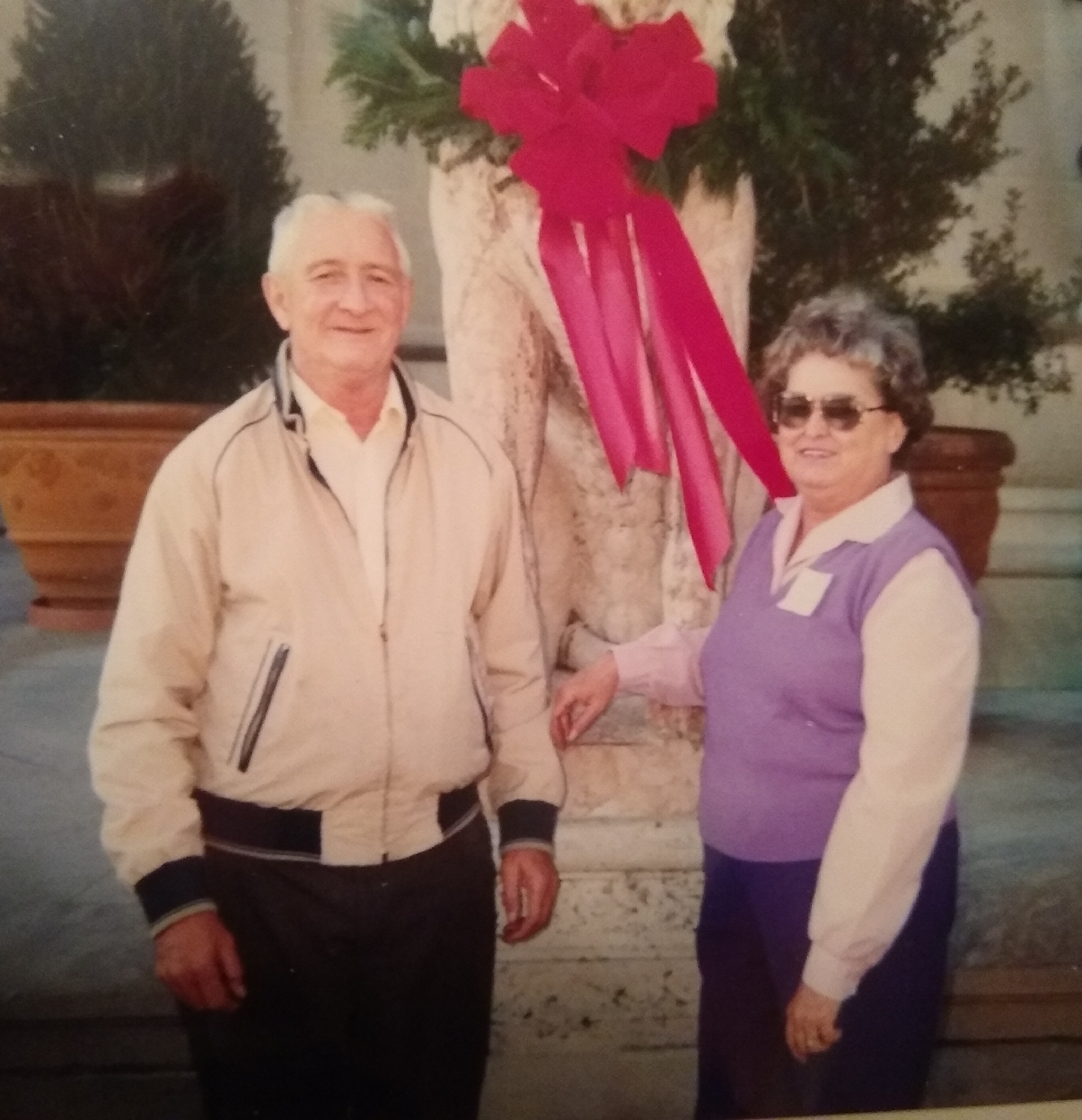 With the children (and they will always be children despite their ages) in Group Homes and getting the care and instruction they needed, Momma and Daddy were free to travel a little bit, and Momma came into her own, again. She liked the bus tours and hanging out with friends and doing puzzles and riding around to look at the deer.

She collected a number of things and changed her whole decor by the month and holidays and changed the outfits on her collectible bears. She also collected dolls and unicorns and anything Elvis. She loved her soaps, becoming addicted to them while the kids were small, but really, Momma had no addictions. She didn't smoke, drink or do drugs. She only took medicines the doctors prescribed.

Momma was a beloved Grandmother to my 4 children. I remarried after my spouse died and added one more. As my Grandparents Davis had an even 4 of  two boys and 2 girls, so did I. I now have 6 Grandchildren. She got to meet the first 4. 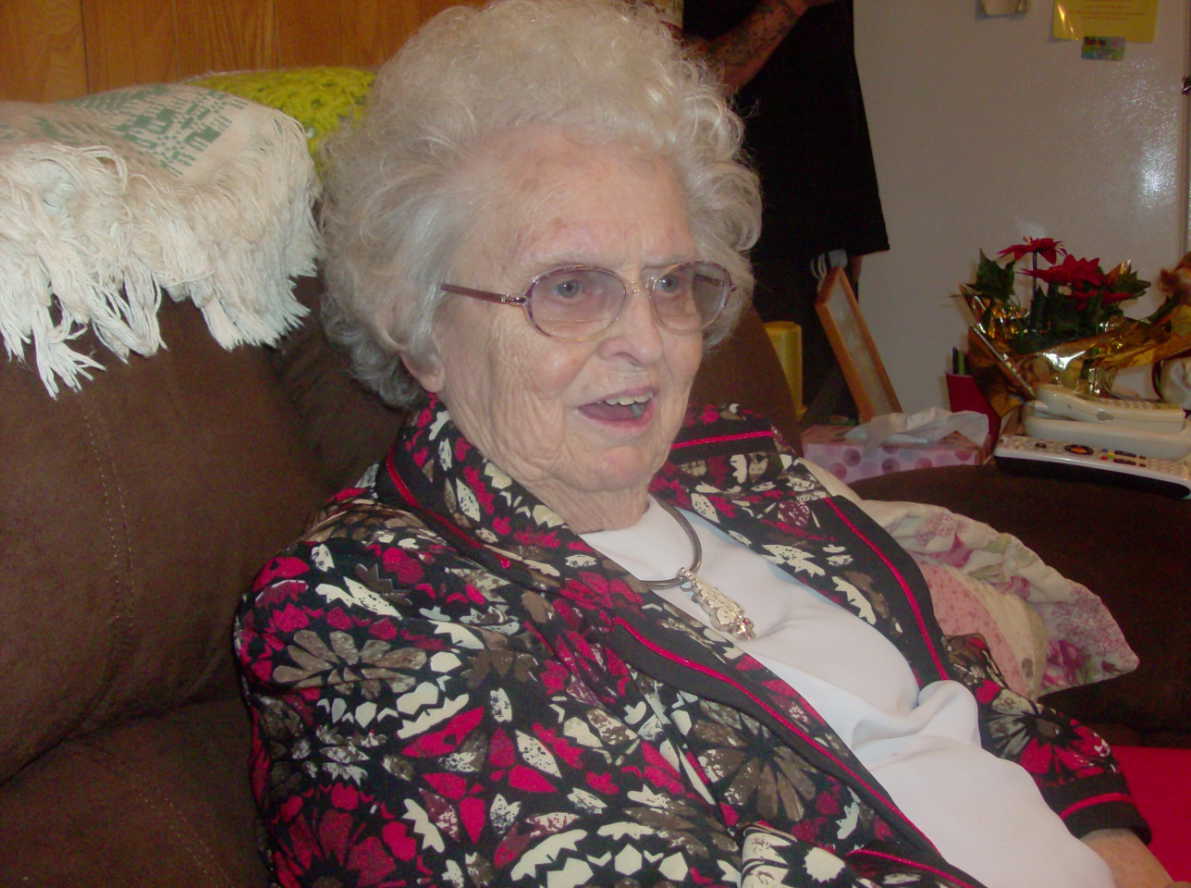 Daddy always thought Momma would outlive him. He was older and smoked like a freight train. Unfortunately, Momma contracted NASH (Non-Alchoholic Schlerosis) and left before him. It was an inherited disease, as her sister, Sylvia, died of the same thing just a year later.

I lost my Momma on June 12, 2016. I was not ready to become the family matriarch. I never would have been. Daddy was devastated. He begged God to take him,too. Theirs was true love. They would even dress alike quite often. Daddy would go to the cemetery everyday. Every Single Day ,and sing to Momma's grave, his little love songs about his blue-eyed baby. We lost Daddy this past December. He outlived her by 3 and a half years. They are together now.

The older I get, the more I notice that I am so like my mother. I've also inherited the NASH. Because she passed first, I can now take preventive measures to postpone the last stages of the disease, or even possibly to reverse it with the proper diet.

Momma  has a clone in my oldest daughter as far as drive and her spitfire attitude.

I miss you so much Momma. I forever love you. Hope to see you in heaven one day.

Posted by Jobs Children at 7:19 AM

Email ThisBlogThis!Share to TwitterShare to FacebookShare to Pinterest
Labels: Mother