In Honor of Mother's Day, I've decided on a series of brief posts featuring Mothers in my Family Tree. 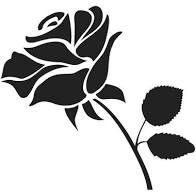 Some of them, like my own mother and even my Grandmothers and Great Grandmothers, I know quite a bit about. Others, more distant, I know very little about, maybe not even their maiden names. Some, I don't know at, the nameless wife of a man, no more than a dash in an old census, or some unrecorded mother in a long line of unknown ancestors going back in time. I will only feature those I know at least a small bit about.


Martha "Patsy" Atkins Palmer falls in the middle of those. She was born on December 20, 1874, in North Carolina. I do not know where in North Carolina she was born, or even who were parents were.
However, I do believe she had a close connection to the Rev. Arthur Freeman Atkins and also a close connection to my Davis line, whom her daughter would marry into. She was possibly his aunt.

The reasoning for this is that her son-in-law, Henry Davis, was the Grandson of Charlotte Freeman Winfield and the Winfield and Davis family both migrated to this area from Mecklenburg County, Viriginia. There, in Southside Virginia, both the Davis and Freeman families had intermarried with and interconnected with the Atkins family there. Charlotte Freeman Winfield was the daughter of Arthur Freeman, the first two components of the Rev. Arthur Freeman Atkins name, and possibly a namesake. While my instincts have told me this is not only a possibility, but a liklihood, I've found no proof, but the Rev. A. F. Freemans father, John, was born in Virginia.


In the February Session of the Court of Pleas and Quarters of Stanly County, 1849, Arthur F. Atkins, esq, David Kendall and James Palmer were ordered to settle the accounts of James F. Kirk as executor for Daniel Kirk, so there was a relationship between Atkins and James Palmer.

When she was 22 years old, Patsy married James Palmer. James was a constant and stable man. While his brothers were much more active in records, courts and general transactions, James remained a steadfast and unbeleagered presence. He and Patsy were known to be both dedicated Baptists, kindly and sober.

They owned a sizeable, sustainable farm, but were not wealthy. Neither were they poor. They owned slaves, but never more than a dozen. In the 1850 slave census he held 9 and in 1860, ten. They were a respected family, but not an influential one. James served his new county when it was formed, as a juror, but was not as highly involved as his son-in-laws.

Patsy and James would become the parents of 8 children, but half of them would die young and on 5 would live to adulthood. By the time James's estate was settled, only his son William P. Palmer was living and that year, 1879 would take not only his wife, but two of his surviving daughters.

It is said Patsy and James resided in a two story house that sat at the top of the hill where the old County Home once sat. Even the county home is gone now, but it still remained when I was a teenager in the 1970's and 1980's. A long circle drive led to it. Now a modern nursing home is situated at the bottom of the hill to where the County Home stood and to the south of it. Across the street is now the Lowder farm and was once known as Sping Lake Farms. That was once the property of James and Patsy Palmer and the front of their home would have overlooked it. Neighboring property belonged to David Kendall and Bailey Smith, who would become a son-in-law, and later, Latons and Rowlands.

Patsy's firstborn child was named Lucy and was born 2 years into her marriage on January 9, 1808. She had two more children, Mary in November of 1809 and William Pearson Palmer in 1811, before having to lay Lucy to rest on August 24 of 1814.

Mary, her second child, would grow up to marry Bailey Smith. They had at least one son, Edward P. Smith, who didn't live as long as his grandfather. The family is said to have moved to Mississippi and were lost track of. Mary Palmer Smith is the only child whose death is not recorded.

William Pearson Palmer, the only son, was also the longest lived. He passed away in 1881 at the age of 70, not matching the longetivity of his parents. He married twice, first to Hannah Bushrod Harris, who was the mother of most of his children and lastly to Pauline J. Motley, with whom he had one.

Patsy's 4th child was my direct ancestor, and her namesake, Martha. Born in 1815, she died on July 16, 1879 and her obituary was in the Southern Christian Advocate. Martha became the second wife of Henry Davis and inherited two stepsons. Together, they produced 9 more children.

The seventh child, Sarah, died young, but did grow up to marry, to the volatile Richmond Davidson Gage Pickler. R. D. G.'s mother was a Jane Davis, who had left property to the brothers of Henry Davis, Martha Palmers husband, that he went to court about over the course of several years. The only reasonable explanation of this I can find is that Jane must have been a sister to their father, Job Davis, although I have no proof of this relationship, having not yet nailed down the parents, although the grandparents have been verified.

The youngest child was Margaret Tyson Palmer. She was born on April 8, 1834 when her mother was 49 years old. The 13 year age gap between Sarah and Margaret has led me to wonder if Margaret was not adopted in and her original name was Margaret Tyson. Perhaps she was an orphaned neighbors child, or perhaps even the child of an older daughter, who would have had to have been Mary or Martha. The middle name of Tyson throws me, because I've not found Tyson in the family line, although Patsy's mother may very well have been a Tyson. And Margaret could have very well been a menopause baby. The details are lost to time, or to me at any rate.

Above is James and Martha "Patsy" Palmer in the 1860 census. Listed above them is 75 year old Patsy Yates, listed as a pauper, with several people of different surnames and ages living in the household, which leads me to believe that the County Home was already in existence and possibly on the property of James and Patsy. Perhaps he established it, or at least the beginning of it. Above Patsy Yates is the Mann family, which I know lived on the other side of the Salisbury Road, going up the hill toward the ridge and the east side of Nelson Mountain. The road is now called Mann Road.


Patsy was widowed on May 21, 1873. James was 87. She followed him six years later, on July 18, 1879. She was the ripe old age of 94. Only their son outlived them. Having two daughters, Margaret in February and Martha in June, to predecease her, I wonder if there was a disease that may have gotten them all, or if it was just the saddness of losing her last two daughters in one year before her, that led Patsy to the light.

Both Patsy and James were buried at Kendalls Baptist Church, as it is recorded, but their markers are lost to time and can't be found on Find-a-Grave.