The Byram Record of Mystery

This is the record that is driving me crazy. The 14 year old, Mary L Byram, who is seen living very close to her future in-laws, Fred Jr. and Elizabeth Starnes, is my third Great-Grandmother. While Elizabeth Byram/Byrum/Byrom, at 33, is old enough to be her mother, the 1880 census shows a Martha Byrum whose occupation was "boarding" and who was born in South Carolina in 1810, as being her mother, naming her as F. F. Starnes mother-in-law.  Then there is 70 year old Mary Byram. 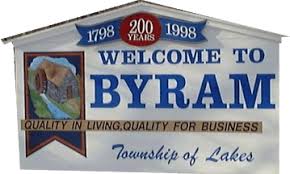 As the name Byram had multiple spellings, I am going to remain with Byram, as I believe it the most likely version in my line.

The farmer, Ephraim Starnes, who was living with them, can be traced with some accuracy. He married Nancy E Holden and had 4 children, Doctor Franklin Starnes, John Robert "Bob" Starnes, Susan J Starnes and Susan Starnes Craig, before he died in Elmira Prison, New York, in 1865, during the course of the Civil War.

I am posting this record in hopes that some Byram/Byrum researcher or family member, knows who these ladies are. Was Elizabeth a widow? Was Mary her Mother-in-law? Was Elizabeth actually the same person as Martha and the age wrong. (If the 1880 census was accurate, Martha would have been 40 in 1850).

Does anybody out there know anything at all about the Byram/Byrum/Bynum family?

Posted by Jobs Children at 7:17 PM No comments: 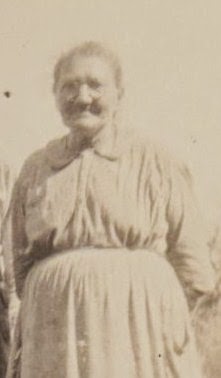 Margaret Arleavis "Leavy" Starnes Lemmonds was my second Great-Grandmother. I have only seen photos of her as a very old woman. She went by the name of "Leavy" and I've seen her name spelled multiple ways: Arleavis, Oleavy, Levey, Leavie, etc. I believe her name, originally, was probably meant to have been "Olivia", as that name ran thick in the early Starnes family, but in the desparate days of the later half of the 19th century when names like Eliza became "Leezor" and such, Olivia, at best, became Leavy.

I found Leavy's mother's name in various documents, to be Mary Louise Byrum. That surname is also bothersome. It could be Byram, Byrum, Bynum, or even "Barren" in various interpretations.

Oldest son and first child to pass away was John H. Starnes, age 9, born May 1, 1858 in Union County and died December 9, 1867 in Cabarrus County and is buried in a small cemetery, which was probably a neighbors family.

The other child who lived long enough to obtain a death certificate (which began around 1912, a little earlier or later in some counties), was my very own Great, Great-Grandmother Leavy. I located her tombstone and although she passed away in 1939, I have not located her death certificate. She may have been hospitalized in another county.

The 1880 census takes me back one more generation. In it, a 70 year old Martha Byrum is listed as the Mother-in-Law of F. F. Starnes, my 3rd Great-Grandfather, meaning she was the mother of Mary Louise Byrum Starnes.

This makes Martha (maiden name yet unknown) Byrum or Byram my 4th Great-Grandmother. But who was she?

And at this point, this is about all of the information I have on the mysterious Martha Byrum.

Being alive in 1880, it seems I should be able to find her in the 1850, 1860, and 1870 census records. She may have been missed in one, or even two, but all? This puts Martha as my lady of mystery. What was her maiden name? Who and when did she marry? Where was she from 1850 until 1880, this South Carolina born lady. It seems likely that she may have been from either Lancaster or York Counties, and may have lived in Union County at some point.

A girl fitting the correct initials for Mary L Byrum, who married F. F. Starnes, shows up in the 1850 census of Union County, NC, not very far from where Fred Starnes Sr. (actually about the 4th or 5th in a long line of Frederick Starnes), Frederick Fincher Starnes father, is living. She is the right age, 14. I am almost sure this is my Mary Louise, but then, who are the other folks in the household? If I can find out more about them, perhaps I can solve one more mystery in the family tree.

Posted by Jobs Children at 5:42 AM No comments:

An Amazing Discovery: The Brooms

I often am researching a very different family from the one I may be posting about, due to waiting on information or documents to arrive in the mail.

The current object of my research is Gilson Broom. Born in Union County, he eventually made his way to Stanly and appeared on an amazing document of whom the likes I have not seen. I  decided to find out who the individuals mentioned in this document were in an off-chance that I might discover more about the individual the document primarily concerned.

In that document, several times over, was the mention of Mr. Gilson Broom, and in the research of Mr. Gilson Broom, I came upon this fabulous newspaper article from The Monroe Journal, dated January 16, 1912. I am quite certain I am a descendant of the Union County Fincher and Broom families, although I have not yet found any absolute proof. I know that Frederick Fincher Starnes, who spent his early years and even into his first marriage and the birth of his oldest children, in Union County, was one of my second Great-Grandfathers. He lived his most productive years in Cabarrus County, moved after his second marriage to Charlotte, in Mecklenburg County, had land just over the state line on a "Rocky River Road" in Lancaster County, SC and even possibly have been born in Georgia. Frederick Fincher Starnes married a lady named Mary Louise. There is an older lady living in their home named Martha Byram, Bynam or Broom assigned as his mother-in-law. So Mary Louise, my second Great-Grandmother, may have been a Broom. The name is not altogether legible in the original document. Fincher, as F. F Starnes's middle name, could have been a maternal maiden name passed down the family line, either mother or grandmother or other, and the Finchers were prevalent in Union County in the early days.

Mentioned in the following article are definate ancestors of mine, and many other Stanly County citizens who benefited from these early settlers on the Rocky River which became the Stanly/Union/Anson/Cabarrus counties lines. One of those was Tilman Helms, a direct ancestor of mine.

This article is a gem. Enjoy. I hope someone can find beneficial information from it.

Posted by Jobs Children at 10:46 AM No comments: