Antje Wells Preslar was my 8th Great Grandmother, at least down one line. Just recently, I discovered that I may have a second line to her. The one I know is:

After doing more research, I discovered my second line, was  not to Antje and her husband Andreas Preslar, but to his brother, Hans Jurie Preslar, and his wife, Mary Agnes "Minna" Tucker Preslar.

So, Antje remains my 6th GGrandma down this one line. 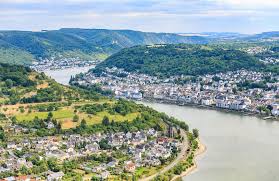 There's always more information about the husband and Antje was married to Palantinian immigrant Andreas Preslar.

Andreas would arrive in New York in 1710 on the ship "Fame", that was full of German immigrants from the Palatine, which is described as the area of  Southwestern Germany. Thousands of Rhinelanders would seek resettlement in the Americas at this time.

The ships log listed father Johannes Valentine Preslar, 41, mother Anna, 36, and children: Anna Elizabeth, 14, Anna Gertrude 12, Andreas 6, Antoni 4, and an infant son age 1 1/2. The infant may have been Hans Jurie, my other forefather.

With the name, Antje, one might think she, too, was a Rhinelander, but looks can be decieving. Antje, or Anna, was an American. Born in Southhold, Suffolk, New York, her family had been in New York for a generation or two and Massachusetts before that. Her roots led back to England, primarily Suffolk and Norfolk, and arriving in the American colonies in the 1630's.


So, the marriage of  Andrew and Anna was one of the earliest in my tree that crossed religions and countries of origin. I've found that for generations, most of my ancestors stayed faithfully in the same tight little ball of connections that they were familiar with or had immigrated with. Tribal.

Andreas and Antje would have several famous descendants, the most famous being:

But Antje also had famous cousins in her own family tree, and not just in her descendants. Presidents Harrison to name a few. 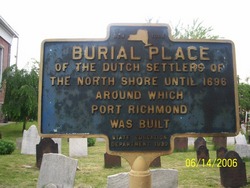 
The couple would then migrate to St. Stephens Parrish, Cecil County, Maryland, where their children were all born. They were the parents of;

It's possible that some unknown children died young.


After birthing their children in a settled, more civilized environment, Andrew and Anna Preslar made the fateful decision to remove with their family to the wilds of the American South. Their migration was not a quick one.

"On so side of the Yadkin River on both sides of Buffalow Creek joining Jno Brandon's land, begins at a White Oak Jno Brandons corner."

Andrew would not live long after arriving in North Carolina, passing away about 1759, But his children would sow their seeds, both agricultural and human. Descendants of Andrew and Anna are all over the Southeast and beyond.

Anna Wells Preslar was the daughter of Joshua Wells, born in Suffolk, New York and who died on Long Island, the son of WilliamWells of Norwich, Norfolk England and Maria Youngs, who would migrate to New York. Her mother was Hannah Tuthill, daughter of John Tuthill and Deliverance King of the Massachusetts Bay Colony.

Her Grandmother Maria Youngs was the daughter of John Youngs and Mary Warren. Her family would settle in Barbardos before settling in New York.

Antje (Anna) Wells Preslar would leave this earth while in Anson County, North Carolina in 1765.