The Kinneys of Healing Springs

Christian Kinney and his wife Catherine Schmidt had already settled in the area that is now southern Davidson County, North Carolina around the Jackson Hill community while Davidson County was still part of Rowan. Among his children was son Rev. Alfred Kinney who would marry Elizabeth Morris and have 13 children: John, Leonard, Nancy Ann, Margaret Adeline, Benjamin, Daniel, Deberry R, Alexander, Alfred Douglas, Caroline, another Nancy, another Margaret, David Emmanuel and William Pinkney.

Youngest son, William Pinkney Kinney would marry Nancy Carroll and have three children and his only son Berry R Kinney would set up a farm near his father in the Healing Springs community near Jackson Hill.

The family had a long history of working for the Surratt Mill in Jackson Hill as William Pinkney is shown as working there in "Flour and Grist Mill, Manufacturing Surratt Mill" in 1880.

Berry R. Kinney would marry Rachel Mae Myers, known as Mae, and have 4 children in the early days of the new century.


As the country went to war, not once, but twice, the Kinney girls went to work, Valedia in the Stanly County Cotton Mills in Albemarle, NC and Zelda as a clerk/typist in Winson-Salem, North Carolina. 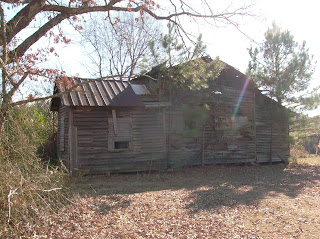 The daughters would marry, the sons would not. Valedia would marry a much older widower, John Teeter Davis. The marriage would be short-lived, as he would die just a few short years later. Valedia, pregnant with twins,  would put her minor step-children in the Barium Springs Orphanage in Iredell County, and return to her parents home, where she would remain until about 1942.

She was working as a laundress. Her younger brothers were also in the home and so were her boy/girl twins.  Berry and John were listed as farmers who owned their property, while Marvin was listed as a Yardman working for wages. 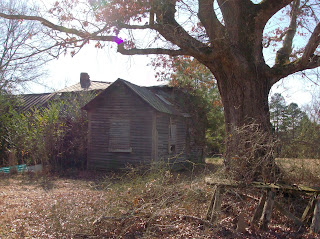 Zelda marries Walter K Yarbrough from Forsyth County and they remain citizens of Winston-Salem. Valedia will remarry another much older widower, Curtis Lee Peace and have another set of twins, John Lea and Johnsie, and two other children, Jerry Ray and Sarah. Curtis Peace will die in 1947 and Valedia in 1949. Johnsie died as an infant, but her other 3 children by Curtis Peace are put up for adoption. Sarah, the youngest, will have her name changed to Carol. The boys will only lose their last names, but not their connections to family.

Berry R. Kinneys family were buried at Clear Creek Community Cemetery.
Clear Springs Post
I learned from the pastor of the church, Rev. Davis, that the cemetery existed long before the church did. People had settled around the Springs and the cemetery served the community. There were two churchs, one in Newsome, a town that is mostly underwater after the High Rock dam was built, and the one at Jackson Hill, which has been relocated to Denton Farm Park.
Denton Farm Park

The community of Healing Springs today is a mere crossroads, with a railroad running through it, a store, a beauty shop, a factory, a volunteer fire department, a housing development and a few other businesses and lots of farms. The springs themselves are just a small park at the entrance of the Housing development on High Rock Lake with a place to pull over, a picnic table and a grill and ...the spring. Remains of resort housing can be seen on the slopes of High Rock mountain, foundations remaining along the road on the side of the hill. The Valley has a killer view of these last trickles of the Uwharries. 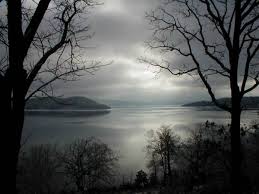 Marvin Lee Kinney would move to nearby Thomasville.


According to those who knew them, John P Kinney would devote himself to the life-long care of his niece and nephew. 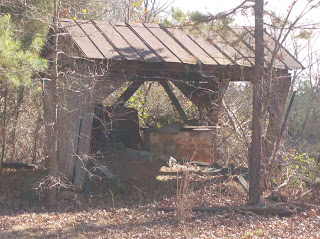 Jewel Lee Davis Morris remembers being taken to visit her half-siblings when she was a child. The twins had mental disabilities that prevented them from living alone, but not from performing basic skills. She said they were always happy to see her. She remembers their grandmother, Mae Kinney, who passed in 1955, as taking care of them. Berry had died in 1944, 5 years before their mother.


After the deaths of his parents, John P Kinney took over as caretaker of the Davis twins.

Members of the community were kind enough to share some information of their memories of the family with me. In latter days, John and the twins lived in a brick house in front of the old Homeplace. Since their deaths, the house burned down and is just a rubble of bricks. The farm was located just off of Hwy 8, south of the Healing Springs crossroads. 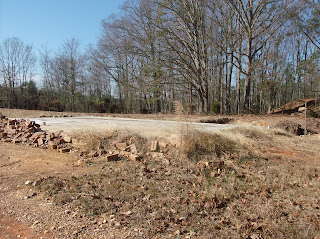 John Kinney was described as a large man, but a gentle giant. The owner of Surratt's Mill once said that if John Kinney was not in heaven, no one deserved to be. 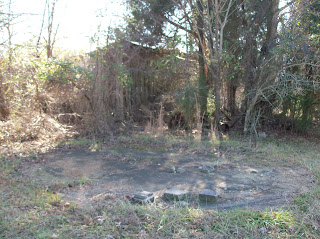 Jimmy T Davis was a little better off than his sister. His obituary listed him as a farmer, and he worked most of his life at the Surratt Mill, which had been transformed into a Hosiery Mill. He was able to follow instructions and perform uncomplicated tasks. Jenny Lee Davis remained a homemaker and was not as developed as her brother. It is said that she did all the cooking for the family, however, after the passing of her grandmother. She loaded everything up with salt and sugar.
Both twins were severe diabetics. Jenny's cooking may have led to this disorder. 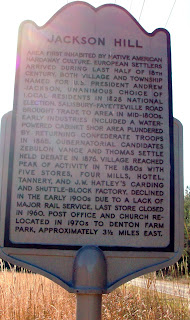 The Davis twins both died in middle age in the early 1990's. The gentle giant, and kind-hearted uncle, John Kinney, lived nearly 100 years. He passed in 2006 at the age of 96 in a Thomasville nursing home. Jenny Lee also spent her last years in a nursing home. The Davis twins did not have Down's syndrome. It is not known what exactly was wrong with them. Being twins, they may have been born early or deprived of oxygen during birth. They were described as being tall, stout individuals, physically strong with dark hair. Their uncle was also described as being a large man, so their size was likely from the Kinney side of the family. 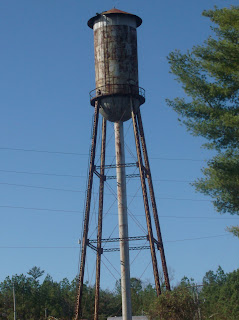 He was a native of Davidson County, a member of Clear Springs United Methodist Church and a farmer.

Part of the obituary of John Pinkney Kinney.