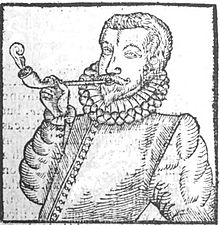 What does Tobacco have to do with genealogy? First, it has historically been one of North Carolina's top crop and industries. Second, tobacco related disease seems to be the major killer of most of the people in my family tree. While studying death certificates, a variety of ailments leading back to tobacco use predominates the causes of death. Yeah, there were a few accidental deaths, several old age maladies and a suicide or two, but by and large King Tobacco was the serial killer of the Davis Clan and related families. 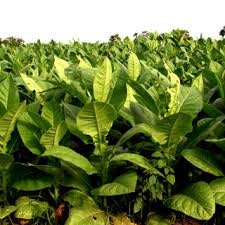 Tobacco was the reason John T. Davis of Stanly County left the rolling hills and cotton fields of his ancestorial home in the Uwharries, to migrate east to the Sandhill area of North Carolina in Hoke County, later Moore County. Tobacco was a pricey, profitable crop in the 1920's. Big Tobacco companies were opening in Durham County and Forstyth County, North Carolina.

The dry, sandy soil of the Eastern counties, were not suitable for many other crops, but tobacco thrived in the prehistoric beachfront property.

Jaspar's oldest son Dewey, was the first to relocate to this area. He would soon move to Durham, where James B Duke formed the American Tobacco Company. Dewey worked for ATC over 40 years.

The Carolinas have long had a lover affair with the evil weed. Colonists began growing, cultivating and smoking the plant here in the later part of the 1600's. Washington Duke began cultivating the plant in Orange County, North Carolina, and perfected it at his country estate in Durham County. Durham Tobacco soon became world reknown. 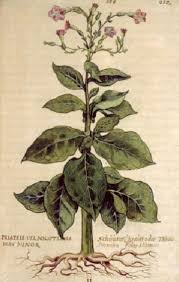 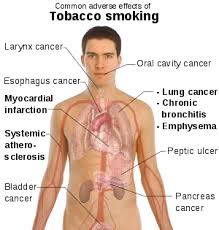 Other prominant tobacco companies include Phillip Morris, which operates a plant in Cabarrus County, North Carolina, R. J. Reynolds, who jumped on the bandwagon in Winston-Salem, North Carolina in 1875, and Lorillard, a later contender, in Greensboro, North Carolina. 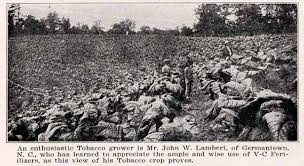 Tobacco meant good profits and a fast seller to cash-strapped farmers trying to support large families and prosper.  They probably were clueless to the effects tobacco would have on their families. 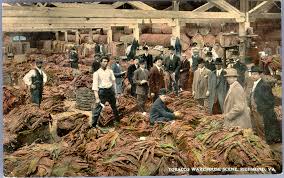 While many of this family succumbed to lung cancer, emphysema, heart problems and other maladies associated with smoking the evil weeds, other members of the family, most notably women, fell victim to the effects of snuff.

Snuff is a finely ground form of tobacco used by 'snuffing' or snorting into the nose, or held in the cheek between the teeth and gum. While it does not have the harmful effect of the lungs as smoking, it causes cancer and ulceration of the mucus-lined parts of the body it does have contact with. 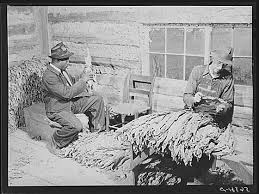 The death certificate of Mary Hortense Davis Palmer, for example, niece of John T. Davis, states her cause of death as "Myocardial failure due to intra-cranial pressure, carcinoma (dermatoid type) across from junction of nasopharynx,  and larynx with extensive mastastasis to the bones of the skull and the brain."  Or in other words, she died from throat cancer, that had spead extensively. Her father, Thomas, died of colon cancer at the age of 57, while Mary only made it to 40, due to her use of snuff.

Snuff was so popular in the South among young women during the early part of the 1900's, snuff companies attached coupons for the purchase of household items for housewives to save up. 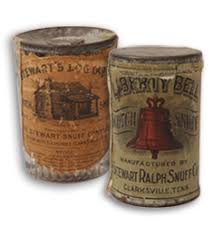 My Grandmother, Hattie H. Hudson Thompson, died in 1980 of throat and mouth cancer, due to a snuff habit she could not break. She survived surgery on one side of her mouth, only to have it spread to the other side, because she could not shake the habit.

Tobacco is a product widely famed to be cool in the days when life was a struggle and it's addictive qualities led to the death and misery of countless family members. Two of my children abuse the deadly substance. Maybe I should give them the gift of a stack of gruesome death certifiicates for Christmas.

Posted by Jobs Children at 7:06 AM