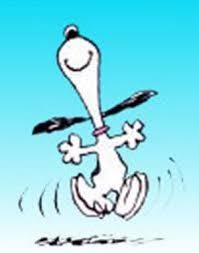 An accidental discovery this morning shows exactly why it is important to carefully examine the actual census document and not to read only the transcribers version of it. Old census records were rife with errors, but using dates, locations and knowing the family situation, you can recognize a family as your own. I went back to look at Ouissa Stewart Hill, the daughter of Sarah Hortence Davis Stewart, who was abandoned by her father and orphaned by her mother and ended up in the custody of her grandmother, and her stepgrandfather, when her grandmother, Rebecca Hathcock Davis Crump died.  I noticed that I did not have a location for Ouissa in the 1910 census. Her name had been mangled in the 1900 census as "Steward Wessie" as it had been written in in an improper order.
So, I went to see if I had her step-grandfather in the 1910 census, which I did. By virtue of the legal papers where he applied several times to use her trust to purchase items for her, like a gold watch, or an organ, I knew that she should have been living with him at the time. I knew "Viney" was his daughter Lavinia. Under Viney was a niece "Steph Crump", a year younger than Viney, the age that Ouissa should have been. Another pleasant discovery was that living next to JT Crump was the family of Ouissa's future husband, Fred Hill, with his grandfather Adam in the household, which helps me link him with the Hill family in a different part of my family tree.
Ouissa was a handicapped child. A member of the Genealogy Society, who as a child, knew her as an old lady, said she had a deformed hand. It did not prevent her from marrying or becoming a mother and a farm wife, however, or apparently, being able to play an organ.
But I decided to view the actual document and scan the neighbors.
On viewing the actual document, I discovered that "Steph Crump" was not close to what it said at all. First, it clearley said "Ouissa" where surname should have been, her name just scribbled in, and the "Step", referring to the fact that she was his step-granddaughter, but then incorrectly notating her as a niece. But as he was her young aunt Lavinia's father, the family may have considered him an uncle.
That is when I made an amazing discovery that made me do the Happy Dance. It is these little joys of discovery in genealogy that make it so fun. Right above the line in which lists the household of John T Crump, with his two teenaged relations, daughter Lavina and step-granddaughter Ouissa, is the family of a J. T. Crump b 1881, wife Nannie and son Dewey.  I had not only found Ouissa in 1910, I had found J. T. Davis in 1910. In 1904, he had married Nannie Farmer in Stanly County. John Teeter Davis was just a toddler when his father died in October  of 1882 and his mother remarried John T. Crump in September of  1883. He was raised by John T. Crump. In the 1910 census, just above John T Crump is the family of a J. T. Crump, wife Nannie and son Dewey fitting the ages of John Teeter Davis, and wife Nannie Farmer Davis. He may have alternately gone by J. T. Crump.

In the 1920 census, John T. Davis is shown with a 14 year old son whose name begins with a "D". The transcriber had called it 'Danl', but it did not look like Daniel upon close observation. As John T. Davis had married Jenny Lenora Hooks by then, I knew Nannie had to have died prior to the marriage, and by the age, son "D" had to have been Nannie's. Perhaps there was another infant born and Nannie died in chidbirth. As I could not find any information on Daniel Davis, correct age and affiliation, I though perhaps he had died as well.
Finding this information has solved one mystery and started me on another search. The informant on the Death certificate of J. T. Davis was a Dewey Davis, who knew the names of John's parents correctly, but had Ned being born in Mecklenburg County, Virginia, which was incorrect, but the birthplace of Ned's parents. I knew this person probably had a familial connection, with this knowledge, but knew of no Dewey Davis in the family tree.
Making this discovery settles the mystery of who Dewey Davis was, the oldest son of J. T. Davis.

Now to find out more about Dewey. I'm also wondering what the "T" stood for in John T. Crump. Rebecca was considerably younger than her first husband E. W. Davis. Was she secretly in love with J. T. Crump? Did she name her youngest son after him? Could J. T. have actually been a Crump by blood? A secret liason between a young wife and her childhood friend? The Crump family and Hathcock families had both settled a little more down river toward Center and the Forks of the Rocky and Yadkin rivers.