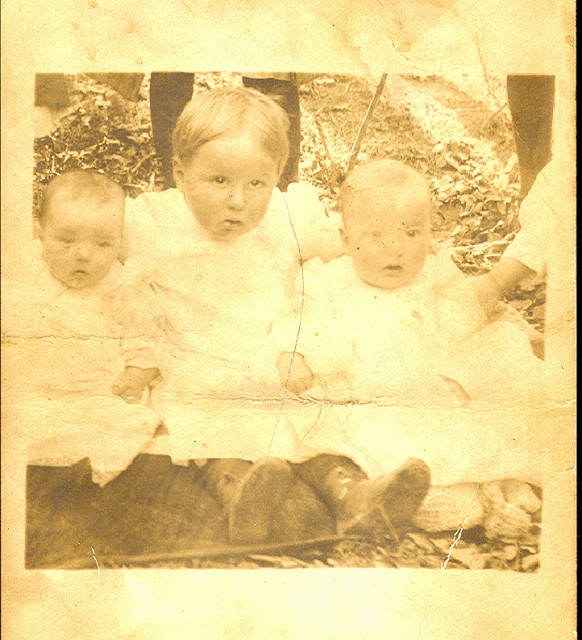 Another undentified photo. Three babies in the period dress of the early 1900's, possibly into the 1930's.

What was the oldest little guy thinking as he cradled the younger babies on either side of him? Were their parents friends or are they siblings? Two siblings and a cousin? A group of 3 cousins? The oldest child appears to be a boy due to the hair divided in the middle. Little girls' hair was not styled that way then.

It looks like girls in black stockings are standing behind them and one mother offers a hand to keep the little one on the right sitting instead of rolling over.

These infants would be elderly folks by now, if they are still alive. They were probably members of the Stanly County Whitley, Aldridge, McSwain or Hooks families, from the collection they were found in.

If anyone recognizes these babes, or thinks they favor your grandpa or grandma, please contact me.