It's All About the Dirt. 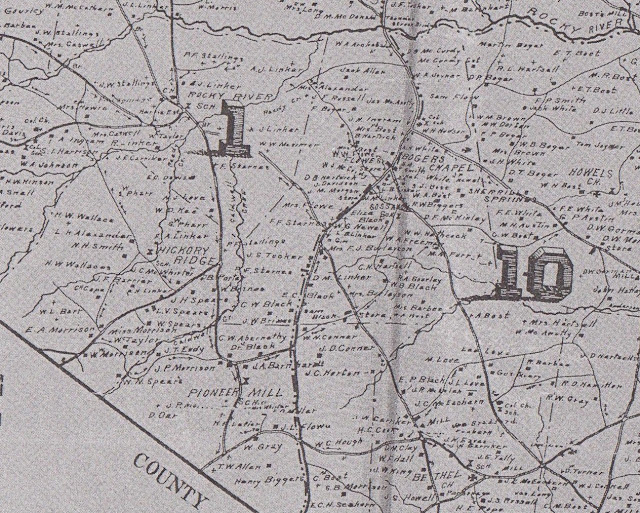 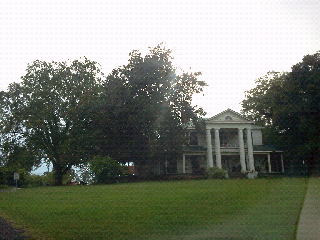 While waiting on documents to arrive from one search, sometimes I venture off into a totally different direction. Basically, where ever my curiosity takes me. I'm not a patient person, but I can research for hours, loosing track of the time.

I've been waiting on land records from Mecklenburg and Cabarrus Counties involving Frederick Fincher Starnes, my 3rd Great Grandfather. I adore the old map above, from around the turn-of -the century, or probably around the 1890's. It shows roughly where he lived. The old roads have changed, but some retain the names of the old landmarks and you can see where along the creek his property ran.

F.F. Starnes can be seen just under the Township number of 1, then follow the creek down to where it's name is written "Caldwell Creek" and looking over to the right, you see F. F. Starnes again, next to the railroad, under a Mrs. Flowe. Following Caldwell Creek south, you'll find F. F. Starnes again, under a Tucker.  I can see his property was just south of where the Rocky River Presbyterian Church is now, north of Pioneer Mills and just east of Hickory Ridge.

There is a modern road in the area called "Sternbridge". As the Starnes family was sometimes seen as "Stern" or "Sterns", this road may have been named for a bridge he built across Caldwell Creek. I know from his will and other papers that he had a mill on this creek.

In 1890, F. F. Starnes was taxed for 4 different tracts of land, and also taxed for "machinery" he owned located in Township 10. He may have been in a partnership with some one. He would eventually move to Charlotte and buy property on Arlington and Sunshine Streets.

Then, I recieved these estate papers. F. L Starnes, who was his administrator was referring to Frederick Lafayette Starnes, his son, affectionately known as "Fate". 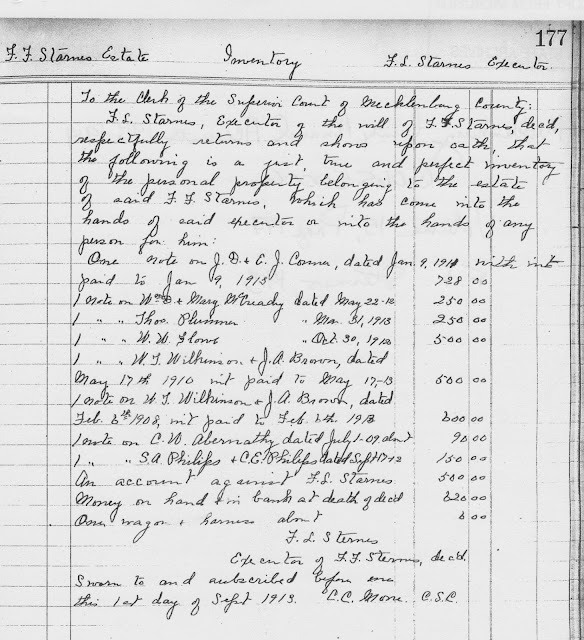 F. F. Starnes was survived by his second wife, Abigail and 5 children; Fate, Thomas Mellon Starnes, Margaret Leavy Starnes Lemmonds, Sarah Alice Starnes Linker and Delia Starnes McAnnulty. His son John, and two daughters had died as children. Daughter Daisy grew up to marry, but did not survive her father. 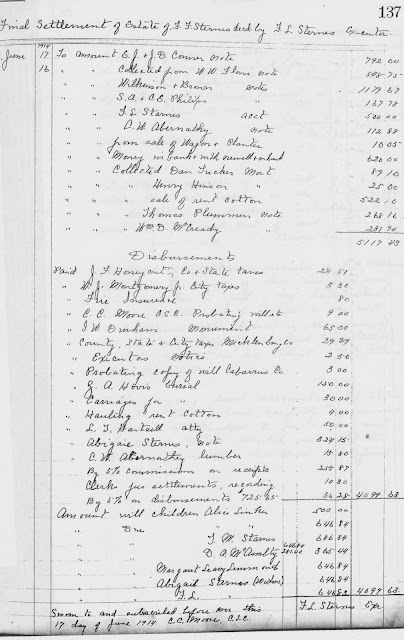 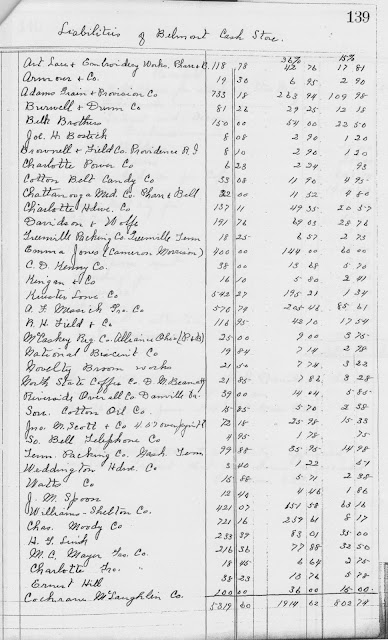 Belmont Cash Store was obviously a business co-owned and ran by F. F. Starnes, along with his Mill and real estate holdings and rents. The town of Belmont is in Gaston County. Now, I am going to have to research in Gaston County and see if anything turns up. 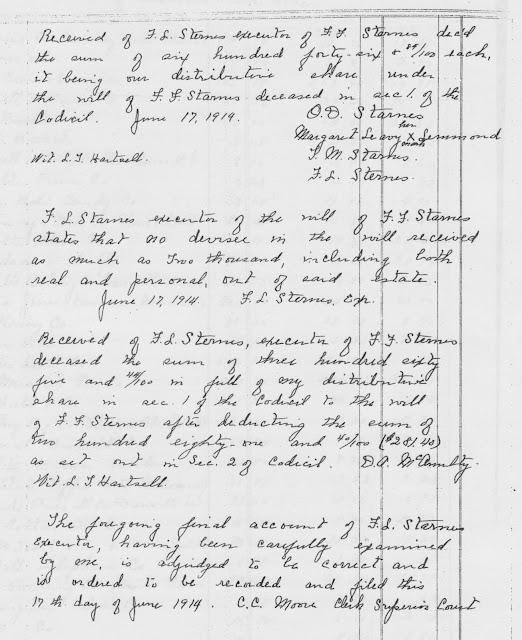 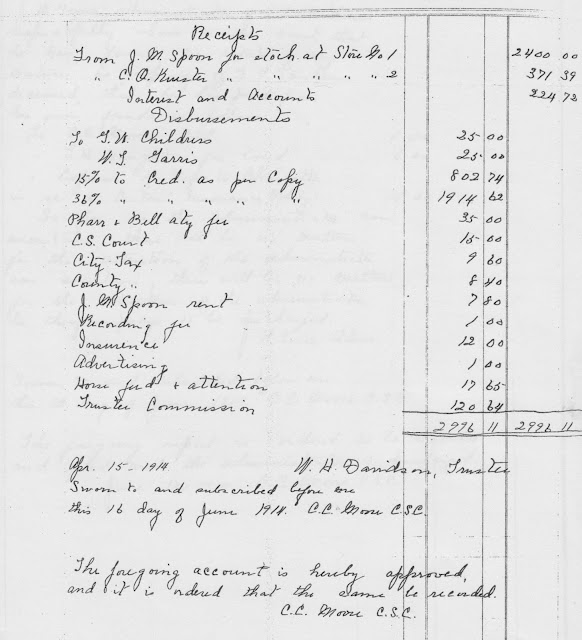 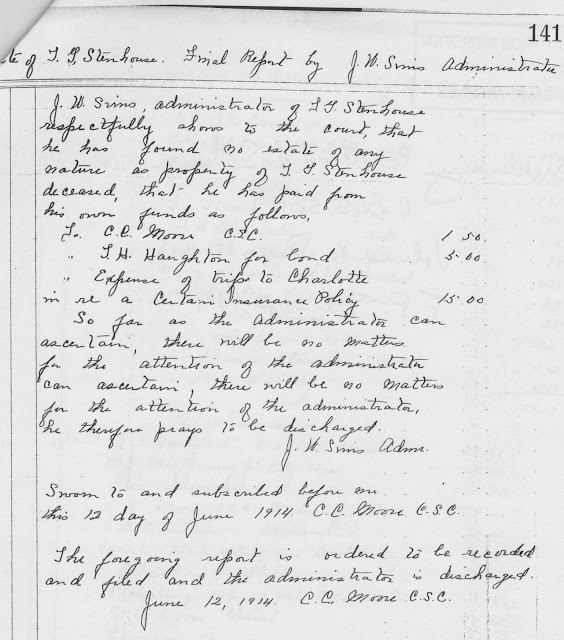 Posted by Jobs Children at 6:54 AM