The Battle of the Six Black Hogs Part II

Part Two: The Battle of the Six Black Hogs 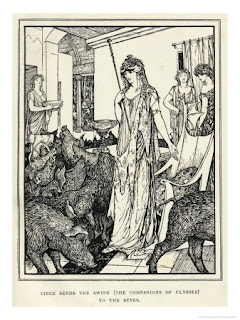 The post began involving the estate papers of Robert B. Lemmonds, a great-great grandfather of mine. In these papers were documents involving a lawsuit involving 6 Black Hogs that spanned over a decade, from 1889 to 1901.

Bob Lemmonds was a farmer who had a running account at the Harrisburg General Store of one Mr. M. Oglesby. He also did handiwork for Mr. Oglesby from time to time and sold Cotton Crop there.

The case began with a document called a Chattel Mortgage wherein R. B. Lemmons took out a mortgage of $10.00 (yes, you read that right) on October 1, 1888 with Mr. Oglesby with 6 black hogs, and "all" cotton crops and cotton seed. This document was witnessed by a neighbor, Fred Wagner and Bob's father-in-law, F. F. Starnes acted as surety.  The note was due on August of 1889 and when it was not paid, Oglseby took it to court, he claimed, because Bob Lemmonds did not want to pay.

F. F. Starnes swore an affidavit that Bob Lemmonds had died the later part of December, the previous year and that he and other 'friends' had buried Bob themselves.

F. F. Starnes recalled that the case had been settled in 1889 by Judge W. J. Hill with judgement against the Plaintiff for $6.00, money owed to Bob Lemmons for work he did, against the running tab he kept at Oglesby's store.

The last post ended during the statement of F. F. Starnes daughter Leavy, the widow of Bob Lemmonds, who stated that there never were 6 Black Hogs, that there were instead, only 5 little black and white pigs, born from a sow her father had given her, that she had raised. That the pigs were hers, and her husband never owned any hogs.

This is the continuance of this tale:

Statement given by Margaret Leavy Starnes Lemmonds, widow of R. B. Lemmonds: "My husband worked for Oglesby all of the fall of 1889, run his gin, cased his boiler & he was a Machinist. His services were worth a dollar a day. He usually recieved a dollar and day and while away from home, he paid his board out of that. "

Statement by "Starnes" (taken to mean F. F. Starnes): "Lemmonds told me that Oglesby  owed him $7.00 upon a settlement after mortgage was paid. He said Oglesby had credited his wages on mortgage account and still owed him $7.00. The mortgage was given for store account. Supplies were furnished."

Statement by 'Defnt Ex': (Taken to mean Oglesby): Property taken under C & D (cash and delivery) were 5 black and white spotted pigs. Lemmons worked for me in 1888. I did owe Lemmons for work in Fall of 1889 & I applied it to payment for a store account Lemmons run with me & not to this mortgage."

Defdt excepts to this evidence - or incompetent under Sect. 590.

X  the mortgage was given for an old debt for goods I let Lemmonds have. 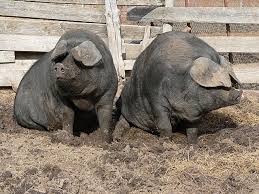 The next page carries a great deal of weight as it is the statement of the Justice of the Peace who heard the original case in 1889, W. J. Hill.

"On the 25th day of Nov 1889, I issued an order for claim and delivery of six hogs against R B Lemmond. Dft returnable the 6th of Dec 1889 lease continued to the 9th  and 16th Dec 1889 at which time both parties appeared.

Plaintiff complains that dft owes him  twenty dollars due by note and account.

Defendant denies the account whereupon the  the case was heard and upon hearing the  evidence in the case on both sides, I adjudged that the Ptff owes the Dft Six dollars & cash of this action. from which Judgement Ptff appealed, which was granted.

All of which I served together with the process papers and other pleadings in the case.
Jan 28th, 1890

In the end, Leavy Starnes Lemmonds is reimbursed for the 5 black and white pigs that Oglesby had confiscated and Oglesby was ordered to pay the $6 that Judge Hill had originally determined was still owed to Bob Lemmonds after his store was settled against the money Oglesby owed him for work and for Cotton.

The Hill family and the Lemmonds family would remain in good standing, as the son of Bob and Leavy, Harvey Layfette Lemmonds would marry a niece of Judge Hill, Lottie Hill, daughter of Matt Hill, who was running a Grist Mill in the area at the time.

And that was the end of the Battle of the Six Black Hogs.

Posted by Jobs Children at 6:30 AM