George Dewey Davis, of 206 N. Maple Street, died Wednesday, July 2, in the Brian Center after a brief illness.
Mr. Davis was a native of Stanley County and had been a resident of Durham most of his life. He was the son of the late J. T. and Nannie E. Farmer Davis and was preceded in death by his wife, Mae Lorbacher Davis. He served in the National Guard and was employed for over 40 years at the American Tobacco Company. He was a member of the St. Andrews Episcopal Church.
Surviving are 2 daughters, Hazel D. Frye of Winston-Salem and Mary Lee Booth of Pouffoville; one sister, Christine Cantrell of Vass; one half-sister, Jewel Lee Morris of Stanley County; several grandchildren and several great-grandchildren.
Funeral services will be held Friday at 11 a.m. in the Hudson Funeral Chapel. Rev. Fred Rivenbark will officiate. Burial will be in Woodlawn Memorial Park, Section 4. Visitation will be Friday from 9:30 until 10:30 a.m. at Hudson Funeral Home.
Edition: Final
Page: C2
Copyright, 1997, The Durham Herald Company
The above obituary is from the Durham Herald 1997 edition. I have found the mysterious Dewey Davis.
My first knowledge of Dewey was as the informant on the death certificate of John Teeter Davis. I knew  he had to be someone close, but I did not know of a Dewey Davis in the family. I knew J.T. had an older son whose name started with a 'D', from the 1920 census. The transcriber called him Daniel.

The actual document was scribbled. Most definately a D-name, but looked more like David than Daniel. I had searched for a David or Daniel that fit the age and location, but found nothing, so I had assumed he had died. The story of George Dewey Davis is a real reason to assume someone died because you can not locate them.

On the Death Certificate of J. T. Davis, the informant was Dewey Davis of Vass, North Carolina. J. T. Davis was from the Hoke County community of Little River. Little River is a section of land bordering the Little River, just north of Fort Bragg Military Reservation and now a part of Moore County, just a hare's breath away from Vass. Dewey knew the names of J. T.'s parents, but had Ned's birthplace  incorrectly, giving the name of Job and Sarah Davis's birthplace, the parents of E.W. (Ned) Davis.

I had not located John T. Davis's family in 1910. While checking on the location of another family member in 1910, I checked out the neighbors, knowing family member often lived very close to each other in those days. After the Civil War, many large families tended the family farm together in a group, living in separate residences, but in the same general area, or along the same dirt road. And found this treasure:
Census records are rife with errors. In the 1920 census, J T Davis's family was living just above the family of his stepfather, John T Crump. This family was living just above John T Crump in 1910. The ages and names are right for J.T and Nannie Davis...and there is Dewey... The firstborn son was not Daniel, he was Dewey, and he was alive in 1932 when J. T. died.

John T Davis was just a toddler when his father died in 1882 and his mother remarried Mr. Crump in 1883. His stepfather raised him. The census taker may have made an error, or JT could have gave his name as Crump. Of this, I am not certain. A newspaper article of 1898 refered to him as J.T. Davis of the Rocky River Springs community. He fully knew he was a Davis. This is the only time I have seen him or his descendants referred to as "Crump".

Knowing who Dewey was, it was on to search for what became of him. 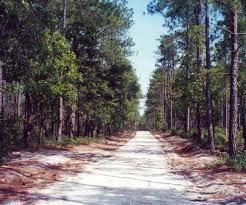 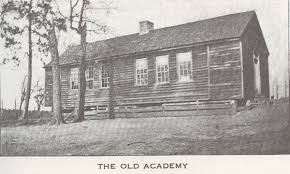 There were two Dewey Davis's living in the Moore County area at this time, within 4 years difference in age. One was Dewey W. Davis, and was soon discovered to be the son of a Wiley Davis.

The other was George Dewey Davis. He gave an surefire clue that he was the right one.
Birthplace: Stanly County. Then I discovered that his first wife had been Fannie Joann Brown, whose parents, Mitchell Brown and Nezzie Elizabeth "Izzie" Carpenter Brown, also hailed from Stanly County.

McNeil is just outside of Vass.

I still have not discovered the reason for the move to the sandhills. The Stanly county censuses show that the family owned their property. The Hoke county census showed they rented it there. Why the change?

By 1940, Dewey was divorced and had moved to Durham.

By the time he enlisted in 1942, he had married his second wife, Mae Lorbacher and was 39 years old.

Dewey had 4 children and worked for the American Tobacco Company. He and his father had been raising corn and tobacco. Perhaps that had been the 'go to' crop at the time for best profits and the Sandhills are better suited for it than the Uwharries with their rolling hills and frothy soil ribboned with creeks, streams and springs. 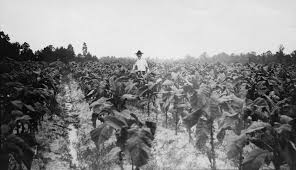 But I had found Dewey, aka 'Dan'l'. He had no succombed to some accident or plague as a teenager. He lived a long full life of 92 years.  The only son of Nannie Farmer Davis, and the oldest son of John T. Davis...and a descendant of Job.

Posted by Jobs Children at 4:27 AM