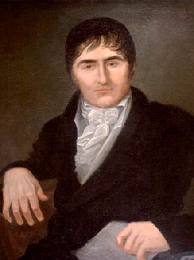 In another post, I told the story of a presentation on the life of one of Stanly Counties early and best known doctors, Dr. Francis Kron, his family and his uncle-in-law Henry Delamothe.

Delamothe had migrated to America during one of North Carolina's early gold rushes in search of wealth, had obtained large amounts of land in Montgomery County and having no heirs, enticed his well-bred, well-educated niece and her husband to come join him in this virtual wilderness.

Dr. Kron had shown some signs of enjoying his little self-made piece of paradise, but at other times seemed discontent and disjointed by the lack of manners and refinement in his country neighbors, although he would admit that some of them were good-hearted, hard working honest people, still scores of others he found dishonest and uncouth.

Henry Delamothe had promised to make the Krons his heirs, and he did, but at some point had a falling out and Delamothe, a very old man for the times at this point, decided to create his own heir. He married a young Montgomery County girl, only a teenager at the time, although he himself was over 70. Apparently, he was not able physically to produce his own heir, so he devised a scheme, recorded with slyness and a snicker, by Dr. Kron, and hired a 'stranger' to assist in bringing an heir into his home. This worked, and a little girl named Nancy was born. Just a few years later, to Delamothe's dismay, another heiress was born into his household, a girl named Elizabeth or Lizzie. Lizzie was not according to plan. The stranger was to create one heir and no more. Delamothe would revise his will, leaving the mandatory dower to Bethany Delamothe, his wife, but only 50 cents each to his legal, albeit not biological, daughters.

He also mentioned the possibility of any other heirs arriving before his death, or shortly after, as children born posthumously to a point were also heirs, that they too, would only get 50 cents, which was worth more than it is today, but based on Delamothes wealth, was but a trifling amount.

Yesterday in searching deeds in Montgomery County, I came across these little tidbits and decided to share.

October 3 1835  (Montgomery County Extant Deeds) Henry Delamothe to Joseph Smithson - "that said Henry Delamoth hath sold to said Joseph Smithson one plantation going by the name of Chisholm old place supposed to contain 300 acres on the Yadkin river for the sum of $1000.00 which is to be paid in the manner following viz" $520.00 on or before the 25th of Dec. next, one sorrel horse at the price of $80.00 to be delivered sound betwizt the date of these presents and the 25th of Dec. next and four hundred dollars on or before the 25th of December 1836.

Then 3 years later, Henry Delamothe had passed away and the young widow Bethany, just in her early 20's wasted no time getting married and most likely to her dear Stranger. Page 159 reads:
"" 11 April 1839 William Morgan and Bethany Delamothe- Marriage Contract-
"As she has been broken up by the loss of one husband, she feels it her duty to secure herself so that she may not be broke up by the loss of another one first if I. W. Morgan depart this life before the said Bethany Delamothe, all the property is to be hers and no one else's to do as she pleases with during her life and after she is down with it to go to the heirs of her body and also the increase of the negroes, all go the same way. Second if the sd. Bethany Delamothe depart this life before I. Willis  does all the property that is on hand and the increase of the negroes shall be mine to do as I please with during of my life and after I am done with it, it will then go to the heirs of the said Bethany Delamothe body and no one else. "

The document is crude, coarse, insensitive and politically incorrect, but I've learned to understand to accept the times as they were and to understand that the people of that time were in a different mindset and moral, but still intensibly and tragically human.

Knowing the story, I found this entry interesting to say the least and a bit humorous in its wording. Obviously written by Mr. Morgan, by the use of the term "I" in the later part, he signed his name, but Bethany, obviously could neither read nor write. However, she wan't to make sure she had property should she outlive this next husband and probably a bit worried that he was marrying her only for her inheritance and that he might divorce her, or worse, for the land.

The Morgan's must have shortly sold the property after the marriage, because it is known that they migrated South to Georgia and had 5 children born within their marriage.

Lizzie's marriage license is further evidence that Willis Morgan was most likely the stranger hired by Henry Delamothe to sire his heir.

Married Henry Delamothe, about 1830 or prior.

Two daughters, Nancy and Sarah Elizabeth born prior to Henry Delamothe's death in 1839.

Married I. Willis Morgan in April of 1839 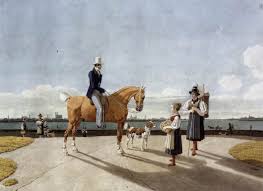