What I know about Julia.


to leave a teenaged widow and infant daughter. His daughter migrated to Texas after she married and his descendants all have him listed in their family trees as the son of my direct ancestor, William "Buck" Lambert and his wife Talitha Herrin Lambert. He is,  after just 3 yeasr younger than Jonah, the son listed above his in the list of Buck's children in the 1880 census. And he is listed as a son.

But maybe none of Martin's Texas progeny have accessed a copy of his Stanly County, North Carolina marriage license, wherein it lists his mother as "Julia Ann Eudy" and the spot for his father's name is empty.

So first, I wanted to make sure I had the right Martin L. Lambert before looking any further. There was one other Martin, a Martin Luther Lambert, who wasn't too far off in age, but he married someone else and lived a long life.

The Martin L. Lambert who is buried beside William Buck Lambert in the Lambert Cemetery #1, located in the Lambert Community of Stanly County (that's a whole lot of Lamberting, isn't it?) was born March 5, 1873. His age matches exactly to that of Martin on the marriage license. He died on November 18, 1892, a year to the day before his widow, Rose Etta Starnes Lambert, married Columbus Monroe Kiser on November 18, 1893. The math works.

This Martin also lived in the next house enumerated to the Starnes family in the 1880 census. They would have played together as children, and were only a year apart in age.

So who was Julia Ann Eudy?

These are the things I know about her.

1) Her name. There was a substantial Eudy clan originating in Western Stanly County.
2) She had to have lived within a reasonable area of the Lambert family, as travel was not as easy in those day. I could limit my search to Cabarrus and Stanly counties and be confidant she was not being overlooked.
3) She had to have been old enough to have had a child in 1873.


First to pop up was Julia Ann Eudy born in 1857, daughter of Jacob Wiley Eudy and Elmira Belinda Furr Eudy.

Third was Julia Eudy, born in 1851, daughter of  John and Rachel Eudy, who married Gooden Hatley in 1874.

Fourth was Julia Ann Eudy, born in 1879, daughter of  Ranson Eudy and Eva Hatley Eudy, who married a Thompson.

There was also a Julia Ellen Eudy, born in 1867, daughter of William Monroe and Lucy Moore  Eudy, who married a Sides.

Birth dates knock 3 out of the running, at the get-go. Julia Eudy Thompson and Julia Eudy Hatley, were not even born yet in 1873. Julia Eudy Sides was only 5.

These ladies had a lot in common. Both were born near the line of Stanly and Cabarrus Counties, one on one side and one on the other.  Both were born here in the 1850's and died in Texas in the 1930's.

Both were single in 1873, one married in Stanly County the very next year and the other in Arkansas at age 26. 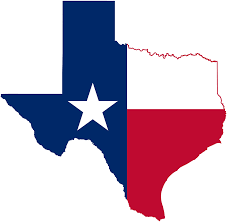 It will take a close look at the timelines and families of both ladies to figure it out. While Julia Eudy Hatley was still in the Almond community in 1880, Julia Ann Eudy, who would become Kirksey, had migrated to Alabama with her family.

A few things in the censuses can give us a hint at when this happened.

Martin was born on March 5th of that year. It could have been possible that the child was handed over to Buck Lambert before the family migrated out of the state. His birth may have even been the impetus to migrate. Then again, not. 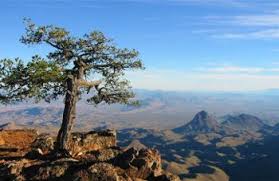 The 1900 census counted how many children a mother had given birth to, and also, how many were living.

For Julia Ann Eudy Hatley, she and husband Goodwin had brought their 3 children into the world by 1900, Ira Van Buren Hately, Irene Roseann Hatley and Ada Mae Hatley. The 1900 census recorded that she was the mother of 3 children with 3 living. 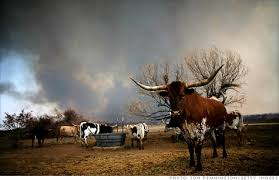 For Julia Ann Hatley Kirksey, she married a widower, Madison Kirksey, whose first wife Sarah had passed away. He had Sarah had 3 children already, Ophelia, Madison Jr, or "Matt" and Fanny. He had Julia had had 4 children together by 1900. The census recorded that she was the mother of 5 children with 4 living.

By 1910, another child, Annie Mae had arrived and it listed her as the mother of 7 children with 5 living. A daughter Arlene had been born and died between Addie Belle in 1893 and Annie Mae in 1900.

Does this suggest she was the mother of Martin L. Lambert and he her other deceased child? Or was it the Julia who married the year after his birth and remained in Almond for a few years after his birth?

I hope research will tell.