The Will of William Craven Thompson 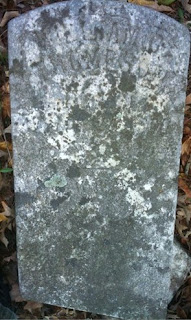 William Craven Thompson was born around 1820, near present day Mt. Gilead in Montgomery County, North Carolina, on the East side of the PeeDee River to William Thompson, originally from Monmouth, New Jersey and his wife Elizabeth Ayers Thompson. 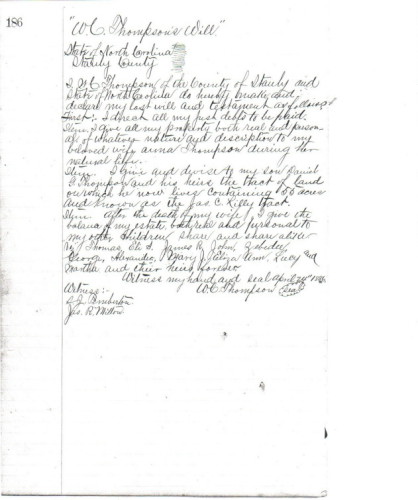 Above is a copy of his written will. Translated it is:

I, W. C. Thompson of the county of Stanly and the State of North Carolina hereby make and declare my last will and testament as follows:

First: I direct that all my just debts be paid. Then I give all my property, both real and personal of whatever nature and description to my beloved wife Anna Thompson, during her natural life.

Item: I give and devise to my son David G Thompson and his heirs the tract of land on which he now lives containing 55 acres and known as the Jason C. Lilly tract.

Item: After the death of my wife I give the balance of my estate, both real and personal to my other children share and share alike viz. Thomas, Eli S., James R., John, Zebedee, George, Alexander, Mary J., Elizabeth Ann, Lucy and Martha and their heirs forever.

Posted by Jobs Children at 4:22 PM