Back to the Howell's

Sometimes, when you get stuck in the muck of one area of research, it is good to just step back and take a breather and look into another, more  successful avenue of research.
I broke away from the can of worms that was the Howell family awhile back , in frustration. But after discovering a few new leads, and 'meeting' a few wonderful people online who have helped, I've decided to open the jar and jump in the old Howell pool again.  I have several posts started, but not finished that I may try to complete during these days of diligent Howell research. 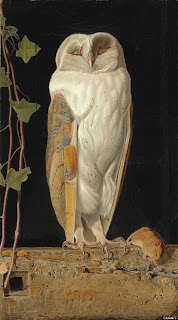 But most of my time and attention will be spent on the discoveries of the family and what I can put together of who links to who. First, I am just gathering all the information I can, and making heads or tales of who connects to who that I can.

I will start with what I know and who I know. Richard Howell, the first husband of my 4th great grandmother, Sarah Winfield Howell Davis. I know he died about 1802, and I know he left a will. I know that will was proved by a Jordan Howell. I have discovered that Jordan Howell was born about 1786 and migrated to Tennesse and eventually Missouri.

I know that Richard and Sarah had 4 children: sons Peter, Jordan, John W.  and Charlotte.

Jordan married a widow from New York State named Hannah Handy and relocated to Fayetteville, Cumberland County, North Carolina. He was not the Jordan who signed his father's will, as he would have only been 4 to 6 years old at the time.

The only daughter, Charlotte, named for her grandmother, Charlotte Freeman Winfield, married Levi Stancell, a minister, and they would relocate to Newton County, Georgia, where he had family and probably where he had originated.

In this search, I hope to also discover how all the surrounding Howell relate to each other, find out which John Howell among the many in the area at the time, married Ann Small, and possibly, who was the father of Richard Howell and if the older Jordan was his brother, not being old enough to be his father.

Hears to sailing in rough waters in hopes of discovery.

Posted by Jobs Children at 2:51 AM