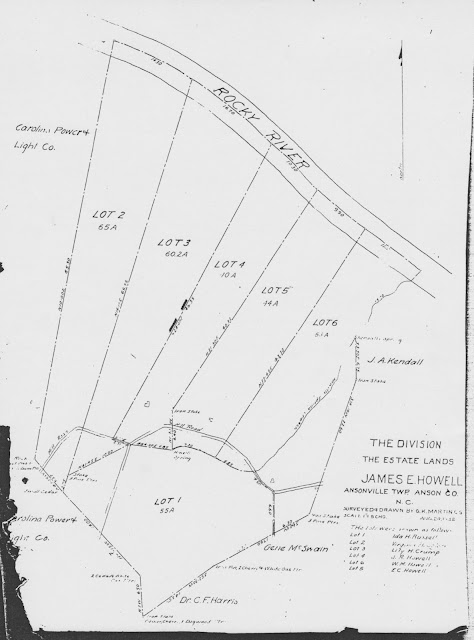 This 1930's Divison of Property Plat shows the Division of Lands of James E. Howell's heirs. This section of land bordering the Rocky River is the end of a trail that started in the late 1700's of a portion of land that began with Peter Winfield.

This post will bring in a series of land transactions that link the four Howell children of Sarah Elizabeth "Sallie" Winfield Howell Davis and her first husband, Richard Howell. It is not so much a story, but a genealogical journey. 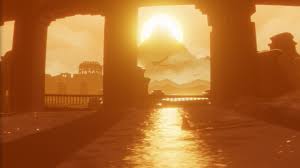 443 Widow Winfield to the Heirs Division

Articles of agreement entered into and agreed to Between Charlotte Winfield widow of Peter Winfield dec'd of the one part and Edward Winfield son of the said Peter Winfield dec'd. Griffin Nash, Richard Howell and James Morrison  in Right of their wives all being the Lawful heirs and Legatees of said Peter Winfield dec'd of the other part Witnesseth that the said Charlotte Winfield hath agreed on her part to give up a part of the Estate of the said Peter Winfield dec'd to be divided between the above mentioned Legatees (vis) Six negros named as followed: Lydia, Lucy, Dennis, James, Anxey, and Moses. Also three head of Horses Seventeen Head of  Hogs one bed and furniture and two guns which is in part of the inventory Recorded in the Anson office and the above named legatees jointly agreed to and with the said Charlotte Winfield that all the remaining part of the personal estate of sd Peter Winfield, dec'd. .........(legal terms giving Charlotte rights to a share during her natural life to revert to her 4 children and their spouses after her death)...........That the said Charlotte is to have the use of the Lott of Land Laid off by agreement of said Legatees to Edward Winfield Including the Dwelling house also a field in James Morrison's Lott about six acres and also one other field of Richard Howell's Lott and six acres to have and to hold the above mentioned lands during his natural life or Widowhood and the to return to the sd. Edward Winfield  James Morrison   and Richard Howell agreeable to teh Division by them. .......we set our hands and seals this 4th day of March 1802

The the within Instrument of Wrighting (sic)  was duly proved in open court by James Marshall & ordered to be registered.   Tod Robinson Clk.

Of importance is the witnesses of this document. James Marshall was a close friend of the Winfields, both in Mecklenburg and Brunswick counties of Virginia and after their migration to North Carolina. It is very likely they came to the area together and they also show a close association.

Richard Randle will be of great importance in later posts and shows a general closeness to the Howell family. 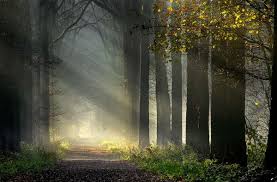 The next document follows the first one closely. I will skip most of the legal rhetoric and highlight the names and places.

565 Division of Land Between the Heirs of Peter Winfield

Note: In my first post on the Howells, I showed Richard Howells will, written in May of 1802 and also proved in October Court. He must have been ill and close to death when he signed this division of land.

The Howells Part One

The third document is an odd one and brief. According to the obituary of Sarah Winfield Howell Davis in 1856 in the Southern Christian Advocate, she married Richard Howell in 1790, when she would have been about 17 years old, was widowed in 1802 and remarried Job Davis in 1804. Peter Howell, her firstborn son, is listed in both the 1850 and 1860 census as having been born in 1793. This document is dated December 17, 1808. Young Peter Howell, son of Richard Howell and Sarah Winfield would've been 15 years old at the most.

State of North Carolina  Know ye that for and in consideration of the sum of Fifty shillings for every hundred acres hereby Granted paid into our Treasury by Peter Howell have given and granted and by these presents  do Give & Grant unto the said Peter Howell  a tract of land containing ten acres lying  and being in the County of Anson on the waters of Rocky River  beginning at a red oak standing at the corner of Job Davis's fence and Runs then with sd. Davis's line  so. 51 et  110 poles to  Griffin Nash's line then with his line so. 50 wt 45 poles to Phillip Linchs line then with Linch's line No 40 .........Entered 8th March 1803. At Raleigh the 17th day of Dec'r in the 33rd year of our Independence and in the year of our Lord 1808. By Command Will White Sec.

Peter's mother and stepfather had carved out 10 acres for him and granted it to him at the age of 14 or 15. 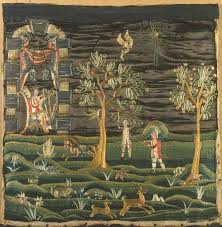 This indenture made this 11th day of July to in the year of our Lord 1818 Between Job Davis and his wife Sallie Davis of Montgomery County (by this year Montgomery County had been carved off of Anson, but Stanly would not be carved off until 1841. Job and Sarah lived on the Stanly County side of the river. ) and state of North Carolina on the one part and Peter Howell of the County of Anson  and State aforesaid of the other part. .......tract or parcel containing eight acres lying and being in the county of anson it being part of a tract of land that Richard Howell  lived on and died on land that came by his wife from  her father Peter Winfield. ......dividing line of Edward Winfield.....east course to the Spring Branch....to sd Peter Howell's entry.....to Phillip Lynch's line.....to Winfield's....

In the presence of John W. Howell
W Cawthon

Anson July Court 1818  Proved in Court by the oath of William Cawthon and ordered to be Registered  Tod Robinson.

This was the first time we see a mention of John W. Howell, about 18 to 20 years old. 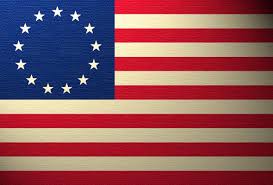 The next document comes 3 years later. The only daughter of Sarah Winfield Howell Davis, Charlotte, named for her grandmother, has gotten married. The two middle Howell brothers, Jordan and John Winfield, have moved to Fayetteville, North Carolina, a leading trading town of the era, and initially known as Cross Creek. 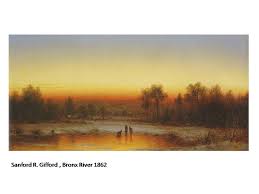 This Indenture made on the 3rd day of April  in the year of our Lord 1821 between Jordan Howell & John W Howell of the Town of Fayetteville, Levy Stancell & Charlotte, his wife of the County of Montgomery & State of North Carolina of the one part and Peter Howell of the County of Anson & State aforesaid on the other.......do grant bargain sell and convey unto the said Peter Howell to his heirs and assigns forever all our parts of that piece or parcel of land situate lying and being in the County of Anson and State of North Carolina consisting of 140 acres.......Griffin Nash line...also the estate right title  & interest of the said Jordon Howell, John W Howell Levy Stancell and Charlotte his wife......he is now owner in fee simple.......

Signed Sealed and Delivered in the presence of us

North Carolina
Anson County July Term 1821
Then this deed was proven in open Court by the oath of Stephen Nash and ordered to be registered.
W. Dismukes, C. C. C.

Arthur Freeman Winfield, named for his great-grandfather, Arthur Freeman, father of Charlotte Freeman Winfield. Freeman was a Sgt, then Quarter Master Sgt during the War of 1812. He likely recieved payment of land in Perry County, Alabama. Many persons from this part of North Carolina migrated to Perry County and Freeman would be one of them. There are two land entries back to back. It is likely that he was selling his property at this time anticipating his move to Alabama. I mention both of them because of the characters that come to play in both.

14th day of November 1833  Freeman Winfield of the County of Anson and John S Kendall of the same.....south side of the Rocky River....intersection of Richard Randall.....Nash's corner......

IN the presence of

In the presence of

Indenture made this 7th day of February 1848...   (Job and Sarah are getting a older. They are 73 years old. They have been 'down-sizing' for lack of a better word, and passing land along to their children to take care of, while saving the home for themselves. In 1844 Job had sold his summer house in Fayetteville for a small sum to surving Fayetteville stepson, John W. Howell. Jordan had passed in 1836 at age 39. John W Howell would outlive Job by one year and Sallie would outlive them both and pass in 1856.

In the presence of  E. W. Davis (next to the youngest of Job and Sarah's 4 sons)

A statement follows as the oath of Edward W Davis stating that Sarah was too old and infirm to travel so he witnessed her signature.
There is no such statement for Job, so he must have traveled with his son to Anson in person.
Judge John Bailey orders John Winfield, second son of Edward, brother of Sarah and Ozburn Turner, neighbor to acknowledge the signature of Sarah Davis. Sarah Davis said in the presence of her husband and out of the presence of her husband, that she was not coerced into signing this document and did so voluntarily. Her nephew John and her neighbor, Mr. Turner signed oaths and the Judge was satisfied

Elijah Sibley of the County of Anson of the first part and Peter Howell of the aforesaid county of the second part....it being part of the tract formerly owned by Griffin Nash lots of the county of Anson and was sold at public sale by Stephen Crump, Attorney for Wilson Nash, Peter W. Nash, Mary Billingsley, John G Billingsley, Jemima Avett Hart, Samuel Billingsley, John Howell and wife Betsey, heirs of Griffin Nash. ( Wilson and Peter Winfield Nash were sons of Griffin. Mary "Polly" Billingsley is mention in his will. John G Billingsley is obviously her husband. Jemima Avett is the daughter of Sarah Nash Avett, a grandchild of Griffin. Samuel Billingsley is the son of John G Billingsley and also obviously a grandchild. Betsey is Elizabeth Nash who married John Randall Howell, a cousin of Peter Howell, whose story and immediate family will be discussed in another post.

It was witnessed by A. Crump and registered in Anson County July term 1848 by N. D. Boggan Clerk.

With this we see that Peter Howell has bought his aunt and uncle Griffin and Jemima Nash's part of the Peter Winfield plantation. Job and Sarah has sold him their share of the property on the South side of the River. Job had his own grants and purchases on the north side of the river. Ancena Winfield Morrison's share had went to her three children and had been sold at auction when she follow her daughter to Tennesee with her second husband, Thomas Avett, father-in-law of her niece Sarah.

Later, I will trace the distribution of the land as the unmarried daughters of Peter Howell sell their shares to their youngest brother, James E. Howell and as brother John Floyd Howell sells his shares to James E as he migrates west. Then James E. Howell's parts are divided among his own children.

Posted by Jobs Children at 7:27 PM