One Families Migration: The Kisers

Sylvester, Fisher County, Texas is today defined as a ghost town. However, it is a place that a family from the Cabarrus and Stanly county areas of North Carolina migrated to during the early years of the last century. 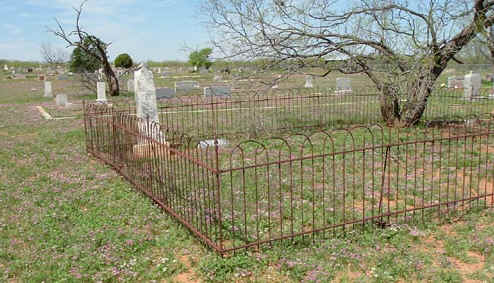 It all began with one document.

Most of the land records in Cabarrus County, North Carolina involving F. F. Starnes also involved family. In the beginning, there were his and his fathers' acquisitions, but as Finch's children grew up, he parted off land for them, and he also took care of the Measmer's, children of his sister Jincy, who passed away. But as he was preparing to move to Charlotte, he also sold some lots to other people, who I was curious to see if they were relatives, or not, and how connected.

Jonah and Sarah Jane Kiser were one of these families. 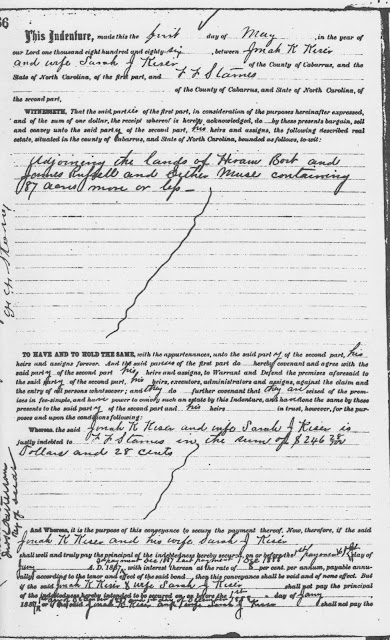 The Kisers were a family of German descendants. Jonah was the son of a Civil War vet, who in turn was the Great-grandson of a German immigrant, Peter Kizer, who had settled in Mecklenburg County, North Carolina.  In May of 1886, Jonah and his wife Sarah Jane, had paid off a mortgage to Frederick Fincher Starnes and now owned their property out-right.

In the 1880 census, the newlyweds are living in the Bethel Church section of southern Cabarrus County. Bethel is a very old church that still has the Arbor for tent services. Jacob Kiser is not a relative, but an employee. 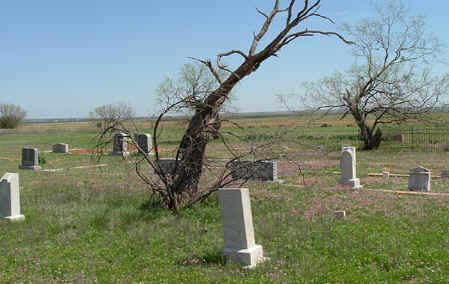 Some time between 1900 and 1903, the Kiser family decided to pull up roots and move to the tiny town of Sylvester, Fisher County, Texas. I wondered why they would relocate from a fertile, growing and prosperous area, to a desolate, flat, dry place like Fisher County, Texas. 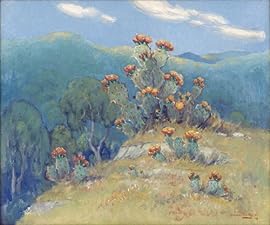 Young son Collie, must have died on the journey. He is buried near the town of  Monticello, Texas. Monticello is 359 miles east of Sylvester, by way of Dallas.  The family put up a monument for the teenager. I wonder if he died of disease or in an accident. In August of 1904, when he passed away, he was 15 years old. Just after the turn of the century, the family could well have still been traveling west by wagon, and not by train. There were as yet no death certificates to solve this mystery. As the younger siblings made it, I don't think young Collie, who was nearly 16, died of disease. It seems someone else in the family, someone weaker, would have caught it as well. There must have been some hazard of the journey or accident that took the life of young Collie. Maybe he was bitten by a snake, or thrown from a horse, or drowned while trying to help get the wagon unstuck from a stream. I don't know if the answer is out there. 
MONTICELLO, TEXAS. Monticello is on Farm Road 127 just south of Lake Monticello eight miles southwest of Mount Pleasant in southwestern Titus County. It began in the 1850s and received a post office in 1857 with Cicero J. Corder as postmaster. A steam mill operated by Theodore Stewig was the largest business. The settlement remained small and in 1890 had an estimated population of thirty. By 1892 it had two stores, two mills, two gins, a brick factory, and a school. By 1896 only a store remained. From that point the population seems to have remained fairly constant until the late 1960s. It reached 149 by 1974, and the town was incorporated shortly thereafter. At the time of the 1980 census the population of Monticello was forty-three. It was forty-eight in 1990. In 2000 the population was twenty.
Cecil Harper, Jr
Route from Monticello to Sylvester

As the small town of Monticello, where Collie was buried, is very close to the very large lake of the same name, Collie's death may have very well had something to do with the lake, or trying to cross the water somewhere. Somehow, I feel his death was during the journey west, and 1904 was the year of travel.


Accounts say that Sylvester was a town promoted by its founders, the Compere Brothers, and by 1909, had it's largest population of 600 people.

Here is what Wikipedia had to say about Sylvester:


The Compere brothers of Abilene are credited with the founding of the community in 1903. They bought part of the AJ Ranch in anticipation of the arrival of the Kansas, Mexico and Orient Railway and named it in honor of W.W. Sylvester, the railroad's promotion manager.[2] The rails reached Sylvester in 1905 and businesses followed. By 1909, the community had an estimated population of 600. Sylvester incorporated in 1927 and the 1930 reported 382 residents.[1] That figure rose to 405 in 1940. Competition from nearby towns caused Sylvester to decline. It had reverted to unincorporated status by 1950 and by the 1980s, fewer than 100 people remained in the community.
Although Sylvester is unincorporated, it continues to have a post office in operation with the zip code of 79560.
Courtesy of Wikipedia

Naming a town for someone with the railroad was a sure way to get the railroad, businesses and population to your town. The prosperity did not last.
By 1910, one of the Kiser boys had married and had a child of his own.
Jonah is listed as a farmer and his sons helping him farm.
William Milton Kiser, known as Milton, married Mattie Parker, a girl from Mississippi and had became a father to his first child, daughter Sylvania. He was living in the household right next to his father.

Fisher County remains a sparsely populated area. As of 2010, the population of the entire county was still under 4000, or 5 people per square mile. An interesting fact was that in 1886, the town of Roby was declared the county seat over Fisher. It was later discovered that the deciding vote was cast by a Mr. Bill Purp. But Bill Purp turned out to be the dog of one of Roby's citizens.

Jonah Kiser had grown cotton in Cabarrus County. He may have moved to Fisher County, Texas to grow cotton there. Before the 1930's, when a boll weevil infestation destroyed most crops, cotton was a profitable crop in Fisher county.

"In 1900 Fisher County farmers produced 113,640 bushels of corn, 41,290 bushels of oats, 7,320 bushels of wheat, and 1,280 bales of cotton. After 1910 wheat and cotton increasingly took center stage, and by 1920 the county was among the state's leaders in wheat production. High prices for cotton, however, persuaded many farmers to dedicate ever-increasing acreage to cotton culture in the 1920s. "
"BIBLIOGRAPHY: R. C. Crane, "Early Days in Fisher County," West Texas Historical Association Year Book 6 (1930). Fisher County Historical Commission, History of Fisher County, Texas (Rotan, Texas: Shelton, 1983). E. L. Yeats and E. H. Shelton, History of Fisher County, (n.p.: Feather, 1971).
Hooper Shelton"
By 1913, the Kiser's lost another teenaged son. The youngest, Odis, only 13, died on December 2 of this year. He is buried in the Sylvester community cemetery. The Kiser's seemed to be one the main family in Sylvester after a while. The Kiser son's populated the community with children.

The third-born son Eugene Cunningham Kiser is missing from the 1910 census. This is because he had traveled back to Cabarrus County, North Carolina to get married. And this is the connection to my family tree in two directions. Lotha Mae Lambert was the daughter of Martin L Lambert and Rose Etta Starnes.
Martin L Lambert was the son of my 3rd great-grandfather, William "Buck" Lambert and half-brother to my Great, great-grandfather, Rufus A Lambert. Rose Etta or Rosetta or 'Etty' Starnes was the daughter of Allen Mack Daniel Starnes, a cousin of Frederick Fincher Starnes. AMD Starnes was the younger brother of Nathan Monroe Starnes and John C Starnes, whom F. F. Starnes was buried alongside. Their father, Nathan T Starnes and his father Frederick Starnes, Jr., were brothers, but the cousins were more like brothers in their transactions and associations.

Martin L Lambert died in 1892 and his widow remarried Columbus Monroe Kiser. C. M. Kiser was the son of Jonah K. Kiser's brother, Rufus Caldwell Kiser. Lotha was his step-daughter. There are several mysteries currently surrounding this family, but that is another post.

Eventually, Lotha's half-brother, Floyd Lindsay Kiser would also relocate to Texas, but at a later date. He is in Cabarrus County, NC in 1920, but in Fisher County, Texas by 1930. He married Neda Cornelius Gray White, who had a young son, Frederick A White.

Jonah and Sarah probably did not migrate alone, as in the 1910 cenus, the Cyrus Gray family is living next to them, and they also originated in the Bethel Church area of Cabarrus County. I don't know at this time if Neda is connected to them.

The Fourth son, John Cletus Kiser, would marry a Texas girl named Audy Mae. They would live in Comanche County, Texas and have 4 children.

The next to the youngest son, James Earnest Kiser, would also marry a Texas girl named Nova Ann and they would remain in Sylvester.

The oldest son, Louis B Kiser, remained with his parents the longest, eventually moving to Parker, Texas and marrying Corrine Miller, from Texas, daughter of James T and Clara Miller. After Corrine's death in 1957, he would return to Fisher County, to the county seat of Roby. 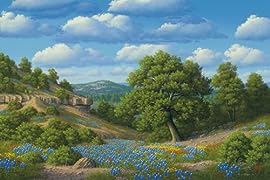 Most of the ancestors who came to this little part of Carolina, came from the North, down the Great Wagon Road. A few others came up from the South, from the coastal towns of Charleston and Savannah and the Welsh Neck of South Carolina. Even fewer still were the Scotch-Irish that drifted in from the Sandhills in the East.

In the same way, a few of each large family would migrate South and West, some to Tennessee, others to Alabama and Georgia, but most to Arkansas and Texas. Some men even abandoned their families to never return.

There was an old diddy that went around these parts in the late nineteenth century, "Maw, Maw, where is Paw? He ran off to Arkansas." 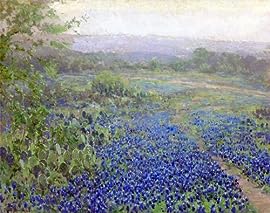