Sarah Kennedy, of Stanly County, North Carolina during the mid-1800's, was a woman ahead of her time. I consider her somewhat of a pioneer, yet somewhat of a freak, because she was so out of place for when and where she lived. Sarah was not an ancester of mine, but the mother of a great, great, great aunts husband. Her family lived in the same country township as most of my ancesters at the time, making them both adversaries and enemies.
My 3 great grandfather was a judge during the mid-1800's and his younger brother sheriff. They were constantly at odds with the brothers of Sarah Kennedy, particularly John B. and Jordan. WC Kennedy, a carriage maker, seldom showed up in court records, unless it was for jury duty or paying taxes. Jordan, in his day, populated nearly every page. If he wasn't in court for affray, he was in there brought up on bastardy charges. Jordan, you see, was a lover and a fighter.
On one page, right under one of Jordan's affray charges, his sister Sarah came to court asking permission to build a Mill.
Sarah was a businesswoman in the realm of most men of her day. She ran a large farm without the benefit of a husband, as well as a number of businesses.
Sarah and her brothers were the children of John Kennedy and Mercy McDaniel Kennedy. Descendants of this family have traced them back to Perth, Scotland,
.
The other remarkable thing about Sarah Kennedy is that she was the mother of 4 children. Not just any children either. Sarah Kennedy had four racially mixed children over the span of 14 or 15 years.
I first came across her in the marriage record of my great, great grandmother's sister Matilda and Sarah's oldest son Robert D Kennedy. They were married in 1884 in Stanly County, NC. While both Bob and Tildie are noted as 'Col' for 'colored', both mothers are listed as white.
Bob and Tildie suceeded in establishing a beautiful and sucessful family just a few counties away. (see my post on Cola Holman)
The fate of Sarah Kennedy is much more uncertain.
In the 1870 census, Sarah is shown with a 13 year old daughter, Harriett and two little boys, Robert and Alexander.
I have the apprenticeship records where in 1873, 9 year old Robert and his 2 year old brother James, are bound to a farmer named Michael Dry to learn the art of farming. Alexander, in turn, has been sent likewise to a Hartsell family. They are referred to as orphans
. That means sometime, in late 1872 or early 1873, Sarah passed away. Harriett, being in her teens, may have married or gotten work on her own. The boys are all shown in the 1880 census in the homes they were assigned and labeled 'M' for mulatto.
The more I study this and the surrounding counties in the years during and following the civil war, the more lawlessness, tragedy and devastation I find. Desparate orphans and widows did what they must to survive. Some families lost all that they had. A deserters camp numbering in the thousands was just across the river in Montgomery County, and according to legend, they were pillaging fools.
By the early  1870's, many surviving men had lost all they had ever worked for. Farms went to ruin. Lands confiscated for taxes. People were hungry and desparate and angry.
Sarah may have died an accidental death. She may have contracted a disease, but her small boys were healthy. She may have died in biryh of another child.
Then again, she might have been the victim of foul play. Angry farmers may have seen her as something they could not tolerate, a woman who did not need a man to run a farm and businesses. A woman who chose a man of African decent to father her children. I do not know.
I have found no records of Sarah's death and may never. But it is certainly worth a search 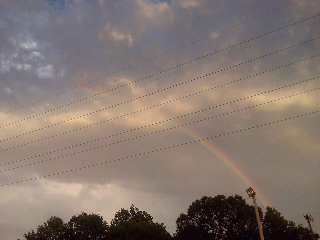 2:108  17 Feb 1845  David Cagle to Sarah Kennedy, of Anson County; nothing further in abstract. Comment:  William G. Kennedy was first married to Rebecca Cagle, daughter of Benjamin Cagle and Judith Simpson.  David Cagle is probably some of that family.

2:397 15 Mar 1852  William G. Kennaday (/s) to A. C. Freeman, both of Stanly, for $1300; an undivided interest in Negroes, money and a life time estate in a mill which I acquired in right of my wife Rebecca and now, in the hands of Solomon Hathcock and David Kendall, Executors of Benjamin Cagle and I do hereby direct the said Executors to pay over to the said A. C. Freeman all and every thing which I may have in said Estate ; witn: Shelby Crisco, Sarah Kennedy; Sarah proves before David F. Caldwell, Judge, 10 Sep 1852 (date recorded)