A Day of Discovery and Saddness

Today was one of those days when I accidentally hit paydirt. I went to the local courthouse to see if there was a marriage license for Kitty Davis and the anonymous Mr. Cox. There was not. As Polkton was her last residence, it is most likely to be in Anson County. Just in case Mr. Cox came from a local family and they just moved to Anson, I also went to the vertical files on Cox. A few people who did amazing research without the benefit of computers in years past, have combined files on several families in alphabetical order.

Flipping through the sheets looking for Cox, I flipped a slight to far and hit Crump. And there it was! Why I did not think of it to start with, I don't know. The estate records for Rebecca Crump.

I was sooo excited. I had a name. I had not yet thought about looking up Hortenses mother, who was still alive when she died. Rebecca had divided her property equally between her surviving children, with Ouissa getting her mother's share.

Finding her name, I was able to find Ouissa. She had not died as a child. 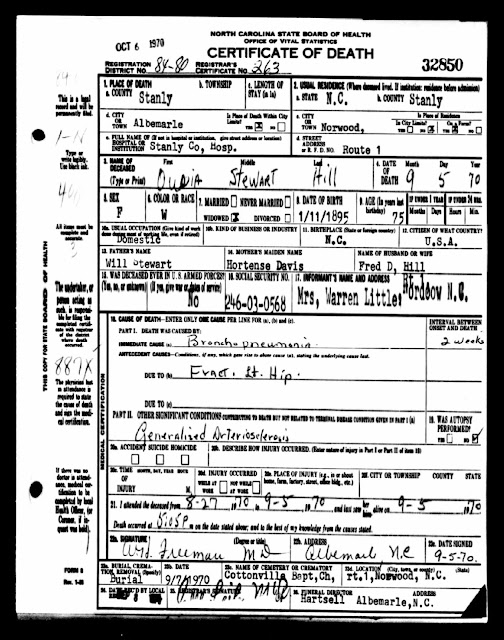 I found Ouisa in the 1910, 1920 and 1930 census records after finding her death certificate. She lived to be 75 years old. She had married a local boy named Fred Douglas Hill. By 1930, she had had 3 daughters, Esther, Ethel and Faye. So far, I have been able to determine that Ethel and Faye both married. Ethel to Heath A West and Faye to a Little. I am not sure if any children were born after 1930 at this point. When the 1940 census becomes available in North Carolina, I will look for her there.

I am comforted to know that Hortenses little girl survived. But where was she in 1900? Was she with her father and Kitty?

The answer, again, lay with her grandmother.
The 1900 census takers were for the most part, a barely literate group. Things in this area had fallen apart horribly during reconstruction. The 1900 census takers were born during the era of reconstruction, when education became sparse and did not pick up until after this generation was adults. Names were spelled as they sounded and with Ouisa, the census taker had written her name first name first, opposite than the rest of the names in the family and had written Ouisa as it sounded, "Weesie". Then the transcriptionist misread Stewart as Stewel, but looking at the original document, you can tell it was supposed to be Stewart. Viney was Laura Lavinia Crump, John and Rebecca's youngest daughter. She was only a year older than her niece Ouisa. Claud Crump is listed as the brother of John, and an idiot. As John was nearly 20 years older than his brother and Claud was a what was known as a menopause baby, it might be that Claud had Down's syndrome, as the occurrence of that heightens in older mothers.

The census record also had another telling factor. Ouisa's death certificate and her tombstone has her birth year as 1895. They were wrong. At some point she shaved two years off of her age, probably because her husband, Fred Hill, was born in 1896..therefore 3 years younger than she was. My own grandmother Davis was 3 years older than my grandfather and hated that fact. She did not want any one to mention it. I am not sure how old Ouissa was when she married Fred, as I did not make it back to the RoD to find a marriage license for her, but I am sure she lied to the young Fred and shaved those extra years off to make it acceptable. Older men marrying younger women was somehow acceptable, but Victorian cougars were looked down upon. In the 1900 census she is listed as 7, putting her birthdate in 1893, which corresponds with her mother referring to her as 2 years old in the 1895 divorce papers. 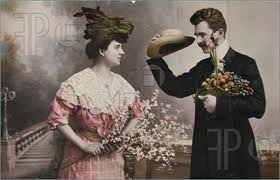 I take great comfort in knowing that Hortenses little girl became an adult, a wife and a mother and lived a generous life to age 75. Her residence at the time of death was Norwood, which is the closest town to the community where she was born. She died of bronchial pneumonia, after a fractured hip. She must have fallen and having osteoporosis, common in older ladies, her hip broke.

Ouisa and Fred are buried at Cottonville, as is at least two of their daughters. Cottonville is just very close to where Ouisa grew up on the Davis property. She did not get far from home. 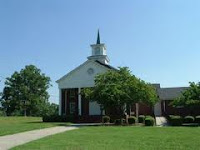 The bell from the original old church that was standing when Ouisa was a child.

A current image of the Hill's final resting place, Cottonville Baptist Church. I have a number of relatives buried there. Several of her Davis cousins, not all named Davis, but descended from the Davis family are buried there as well. Two of Kitty Davis Cox's sisters and their husbands are buried there.

And for the sad note. Genealogy is about the ones who came before us, but there are also those who come after. We lost what would have been my second grandchild today, and my oldest son's first child. Although the pregnancy was only discovered a week ago, I am feeling such a loss. My daughter lost one before she gave us our little angel, who is pictured on my profile, so perhaps soon, my son will become a father and the Davis legacy will go on.