Who was Janet Mumford?

Who was Janet Mumford?

The first I heard of her was from this mention in the 1824 Fayetteville Observer, from Fayetteville, Cumberland, North Carolina.

October 14, 1824
Died on Tuesday last, at the summer residence of Dr. William Maffet near this town, Mrs. Janet Mumford

It seemed natural that she would just have been a patient that Dr. Mumford was treating, but could not save. However, her name came up again.

In an inquiry to an out-of-town resource and the reply of a very kind librarian:

Mumford in 1824 in Cumberland County.

I have this document on order, wherein both Maffets are seen together again, as witness and executor, for this ladies will.

She was evidently an important person in their lives. In an effort to definitely establish the relationship between both Dr William H. Moffett/Maffett and Dr. James Moffett/Maffet, whom I believe were brothers, due to the closeness of relationship and age, but of which relationship, I have no exact proof, I've decided to find out a little bit about Janet Mumford. Was she just a friend of these two gentlemen? Or was she something more?

In the deeds of Cumberland County, North Carolina, a paper trail has been left to trace the origins of Mrs. Jannett Mumford. Book 23, p 129

Know all men by these presents that whereas a marriage is intended to be shortly had and solemnized between Jannette Adams, widow and relict of the late Robert Adams of the town of Fayetteville, Merchant and James Mumford, now of the same.

The document continues and is a marriage contract between James Mumford, son of Robinson Mumford, a prominent counsel in Fayetteville, and Jannett, a widow of considerable property by this point.


So who was Robert Adams, the deceased husband of Jannett Adams Mumford?


Fayetteville Independent Light Infantry Company
Organized August 23, 1793
"He That Hath No Stomach To This Fight Let Him Depart"

There was soon talk of war with England and the Fayetteville Independent Light Infantry was organized as the European was situation threatened to involve the United States. It was organized on August 23, 1793 and Robert Adam was elected Captain, John Winslow was elected Lieutenant and Robert Cochran was elected Ensign. Throughout its' history the F.I.L.I. has always remained a "corps of gentlemen."

In this area, there was a strong, successful merchant class consisting of prominent figures such as Andrew Broadfoot, Robert Adam, James Hogg and Robert Donaldson.
from the Fayetteville Visitors Center site.


Robert Adam(s) was born in Greenock, Scotland and is buried at Cross Creek Cemetery Number One in Fayetteville, North Carolina.
Stone reads:
Robert Adam
a native of Greenock in Scotland
for many years a merchant of Fayetteville and Wilmington, N.C. who departed this life 11th of June 1801, aged 42
"kind husband and affectionate parent"
(died at Wrightsville Beach,NC)

Biographical History of North Carolina from Colonial Times to the ..., Volume 4

By Samuel A'Court Ashe
"Robert Adam was the first captain of the Fayetteville Light Infantry, which was organized on the 23rd of August, 1793. He was a Fayetteville merchant, characterized by the thrift and steadfastness of his nationality; but the old records represent him as a man of liberal views and public spirit, and especially devoted to his command,never begrudging his time or the contents of his purse in the promotion of its interests on imposing occasions - parades, celebrations, etc.

It sounds like Jannett married well. Robert was a successful merchant in Fayetteville for sometime, but shortly before his death, he moved to Wilmington and set up shop there, enjoying a country home on Wrightsville Beach. He died in the prime of his life, at age 42, on June 11, 1801. Originally, he was buried at Wilmington, but eventually, his remains were exhumed and he was replanted in the famed Cross Creek Cemetery of Fayetteville.

"Beneath this stone are deposited the mortal remains of Robert Adam, a native of Greenock, Scotland, and for many years a merchant of Fayetteville and Wilmington, who departed this life June 11, 1801, aged 42 years. He was universally beloved and regretted. In his conduct and deportment through life was combined all that should adorn the Christian character and constitute the honorable man, the kind husband and affectionate parent.
"Stranger welcome to the scene
The last in Natures Course
The first in Wisdoms' thought"

Robert Adams Dec, A Divison to John R Adam + Others

to Partion the real estate of Robert Adam, decsd among his heirs at law...John R Adam...intersection of Burges and Old Street...running with Hay St.....to William H Moffitt in right of his wife Margaret....Lot of Land situated on Hay Street in the said town of Fayetteville, now occupied  by Charles and P Mallet, Joshua W Cochran and P + S W Tillinghast (there's that Tillinghast name again..see posts on Jordan Howell). ....to John A Cameron + Mary, his daughter.

Note: Eliza Ann Adam had married the much older John A Cameron to her dismay. Records of her attempted suicide by taking an overdose of landulum, exist in her school records at Mordecai Female Academy in Warrenton, North Carolina. She survived, and the marriage took place, followed by the arrival of daughter Mary Elizabeth Cameron in 1815. The birth of the child did not lift her spirits, she died during a visit to Greenock, Scotland at the home of a relative, still only 19 years old.

But, what was Janet's maiden name? When she married James Mumford, she was a widow.

There also exists a deed from John R Adams trustees to Margaret Adams Guardians. Duncan McLeran and John Winslow were appointed guardians of the minor Margaret Jane Adams when her father died. Jannett was not guardian of her own child.

There is a deed from 1807 where the property of Jannett Adams is assigned an Inventory, this deed was signed by John Hay, Robinson Mumford and Samuel Goodwin, all important people in the life of Jannett. 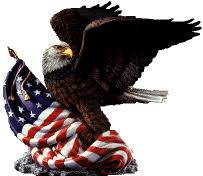 In the July term of court, 1790, is another marriage contract. This one between Robert Adam and Jannet Burgis:

"Know all men by these presents that whereas a marriage is intended to be shortly had and solemnized between Jannet Burges, relict of James Burgess, Esquire, deceased and Robert Adam, merchant, both of Fayetteville in the County of Cumberland and the state of North Carolina"

Wait a minute, ...relict...deceased...so Jannett was a widow, also when she married Robert Adam? So, what was her maiden name? How many times was this chick, the mother-in-law of Dr. William H Moffitt, married? 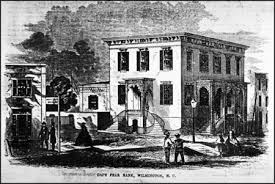 There are many deeds and sells of land involving the deceased James Burges(s). Several of the later ones involve a young lady named Jane. Sometimes her name is seen as Janet or Jessie . The deeds proclaim her as the daughter of James Burges and Jannett.

This explains the connection to the Goodwins. There were several instances wherein Goodwins are involved in the deeds and witnesses to marriages of the rest of the family.

And then, it took me a while, but I found several deeds of a James Hogg to Janet Burgis.

Directory of Scots in the Carolinas

Further research revealed that James was also a merchant in Edinburgh, Scotland and emigrated from Greenock, Renfrewshire to North Carolina aboard the Ulysess. His first wife was a Margaret Hogg. Probably a sister to Jannett.

Which brings us to another member of the Merchant class of Cumberland County, John Hogg, another Scott and father of Jannett.

So who was Jannett Mumford?