Rebecca Booth Elliott is not mentioned in the 19 page document that is the divorce of Mariah Booth Winfield Moffatt Booth and Dr. George Washington Booth, but her will and the execution of it is very important in the deciphering of the characters who played a part in this drama.

In the Will of Thomas Booth of Mecklenburg County, Virginia, Thomas mentions his daughter, Rebecca Booth.

Rebecca Booth married William Elliott in Mecklenburg County, Virginia in 1809. Shortly afterwards, the Booth siblings would migrate south, many of them to Alabama.


The Elliotts were in Franklin County, Alabama by the mid - 1820's and in Lawrence County, Alabama for the 1830 census. William and Rebecca apparently did not have any children together, as none are mentioned in her will. William may have had some by a prior marriage. There is a James Elliott showing up in records about the same time as William. They may have been brothers.

By 1840, William has passed away and so has Rebecca. I am still waiting on the original will as it was drawn while she was alive. However, the probated copy will work just fine for now. 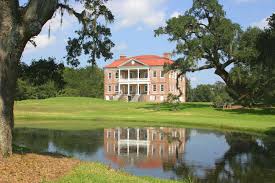 Beautiful old Planters House like the ones the Booths favored.

The State of Alabama
Lawrence County

This day being the 22 day of February in the year of our Lord  one thousand eight hundred and thirty seven..... an instrument of writing purporting to be the last will and testament of Rebecca Elliott late of said County deceased and It appearing  to the satisfaction of the Court that legal notice has been given to Harper Jones   Judith Jones    and Sarah Noel who are near of kin to said Rebecca Elliott deceased of the application  for the probate of said instrument....( The Name Harper Jones appears to be an error. According to excerpts from the original will, the name mentioned was that of her brother, Harper Booth. Judith Jones was her sister Judith Booth Jones and Sarah Noel was her sister, Sarah Booth Norvel Noel.)

....here to the court shown to be her last will and testament in his presence and at her request and in her presence he this deponent further deposeth that he is well acquainted with the handwriting of  Turner Sanders and Lyle B Fawcett the other subscribing witnesses to said instrument......deponent further desposeth and saith that said Rebecca Elliott at the time of the execution and  attestation of said Instrument of writing was of sound mind and desposing memory..... And thereupon came Francis H. Jones the person named in the said Last Will and Testament of Rebecca Elliott deceased as executor thereof and he having entered into bond with Francis Jones and Rebecca A C Simmons as his securities.....In the name of God Amen, I , Rebecca Elliott of the County of Lawrence and State of Alabama do make this my last Will and Testament in manner and form following to wit:
Item 1st: It is my will that my Exec. pay all my just debts.
Item 2nd: I give and bequeath unto my nephew William Elliott Jones the sum of five hundred dollars to him and his heirs forever.
Item 3: In consideration of my affection for him and in further consideration of his services as Exec. to  my estate and as trustee for his sister Rebecca, I give unto my nephew Francis Harwood  Jones the sum of five hundred dollars to him and his heirs forever.
Item 4: All the rest and residue of my estate of every kind including my land my personal estate and whatever I may be entitled to receive from  Hills estate of Virginia I put into the hands of Francis Harwood Jones (above named) as Trustee for the use and benefit of my niece Rebecca Ann Charlotte Simmons during her natural life and then I give it to be equally divided among all her children, to them & their heirs forever. And I do hereby invest the above , s, d, Trustee Francis H Jones with power to manage the above said Legacy in any way that his own discretion may suggest for the use and benefit of my aforesaid niece Rebecca that is to say he may loan her the land and negroes and suffer them to remain (the word remain is repeated here, I have omitted the second remain) in her possession as long as he may thing the property safe and judiciously managed) and no longer. And in the event of his resuming it, to rent out the land and hire out the  negroes, to humane persons, at private hire, taking bond and good security. the proceeds of which are the be applied to the use and support of my sd niece Rebecca, in whatever way my said Trustee .......and the money which may arise from the perishable part of my estate and whatever cash may be obtained from Hills estate in Virginia in virtue of my title to be loaned out at Interest into safe hands with good and sufficient security......

Item 5: In case Rebecca's children should all die before they become of age or marry in that case I give to my nephew Thomas B Jones & William E Jones five hundred dollars each to be taken ofet (sic) of said Legacy- The residue thereof I bive to be equally divided among the children of Martha Kernachan, Manerva Harris & Maria Susan Booth to them and their heirs forever. Lastly, I constitute and appoint my aforesaid nephew Francis H Jones the Exec.  to this my last will and testament hereby revoking all others. In testimony where of I have hereunto set my hand & seal this 16th February 1832 signed sealed and presence of 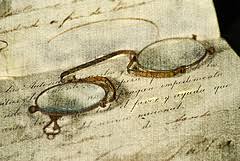 Posted by Jobs Children at 6:46 AM