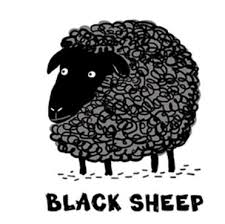 Black Sheep Sunday is an ongoing series at geneabloggers.com. It is a blogging prompt to allow you to post concerning persons in your family tree with a shady past or questionable behavior, cads, criminals, and ne'erdowells.

There is also an organization called the International Society of Blacksheep Genealogists.

While I have a few cad-apples in the family tree, there are far more saints than sinners. However, in the words of the consummate poet of the Late Boom/Early X generation, Billy Joel, "I'd rather laugh with the sinners than cry with the Saints cuz sinners are much more fun."

While the saints in the family tree lived mostly placid, idyllic, uneventful lives, there are a few black sheep that turn up that are all over the place and the discoveries about them can make your jaw drop.

Samuel Parson Morton and my GG Aunt Mollie were married on April 27, 1905, just 9 months after the death of Mollie's first husband, John Frank Boone in July of 1904. Mollie was 28, and had just given birth to her fifth child, John Frank Boone, Jr. in October of 1904. The 1900 census indicated that she had had a child to die, so the bride of Samp Morton was a young widow with 4 children upon her wedding. 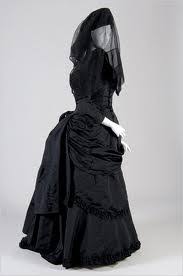 The wedding was held at the home of Mollie Boon in Cottonville. Samuel Morton is called "Sampie" on his marriage license. This nickname is seen on other documents and mentions of him. Sampie must have been his standard nickname. Sampie was 20, 8 years Mollie's junior, and as far as I can tell, this was his first marriage.


Lallie Bee Morton, their first child, was born March 30, 1907, slightly less than 2 years later. There must have been problems from an early time. Just 5 years later, Mollie and the children are enumerated in the census alone, but Mollie is recorded as being married. She is listed as the head of household, and it is noted that this was her second marriage. However, she has informed them that she was the mother of 5 children with 5 living. Sometimes, it was entirely how the enumerator issued the question as to how the respondent answered. Another disturbing find on the 1910 census is that while 33 year old Mollie is without a job, 14 year old Virgil is listed as a Dolper and 11 year old Ethel is listed as a spinner in the Cotton Mills. The family was living in Albemarle, so the children were likely working at either the Efird, Wiscassett or Lillian Mill.

Sampie was difficult to find in 1910, or why he was not with his family. The 1910 transcriber was way off.

"Mrs. Damhie Morton" was listed as a male. Looking at the actual document, the name is clearly "Sampie". Where the transcriber got "Mrs." from is a total mystery.

The term 'servant' is a little misleading as well, because further in the actual document, it says that he is a Laborer for Cash for the Lockhart brothers, Walter and William, who run a "General Farm."

What happened that made Sampie take off to Wadesboro, just 30 miles south of his family, to work on a farm? Was that the only job he could find? Did the responsibility of 5 children become overwhelming?

Sampie must have returned home fairly soon, because his and Mollie's second daughter, Myrtle, was born in 1911.

34 year old Samuel P Morton is drafted. He and Mollie are still married, as she is listed as his wife. The date is September 12, 1918. Sampie is a farmer, and farms for himself. The are living in the country, Route 2, outside of Norwood, formerly called Center, just south of Albemarle and just north of Anson County, where he was working in the 1910 census. 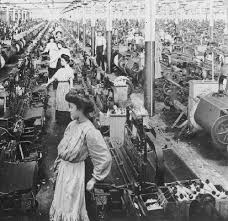 By 1920, the Sampie is back from the Service and everything looks like a happy family. The family has returned to Albemarle, and Sampie, who denotes his profession as Carpenter, has put his Boone stepchildren back to work in the Cottonmills. The eldest, Virgil, is now on his own. Ethel is still a spinner and her brothers Arlie and Johnny are employed in something called "Lay Tilling".

In the meantime, somewhere around 1915, Sampie's younger sister, Bertha Clementine Morton, had became the second wife of an older man, James Manlove Kimrey. When 21 year old Robertha C. Morton became Mrs. Jim Kimrey, at age 21, she inherited a houseful of children. She would add 9 more of her own, eventually. But afterward crossing the threshold of the Kimrey home, she encountered, Mary Florence, only six years her junior, Bertha Lee, Myrtle, Pearl, Annie Grace, James T and Frankie Annette, only two years old.

Sampie Morton, having just returned from war, apparently hung around his sisters' home in the Tyson township quite often. The apparently intact family in the 1920, was in for a shake up.

Pearl Kimrey Morton lies beside Samuel P. Morton in the Concord United Methodist Church Cemetery, just south of the Rocky River, on the Anson County side. On her tombstone, her birthdate is April 5, 1906.

And this is where Samuel P. Morton becomes a black sheep.

Perhaps the 35 year old Sampie was a man in his prime for the era. Perhaps 42 year old Mollie was beginning to show her age. Perhaps young Pearl was a pearl of a beauty. 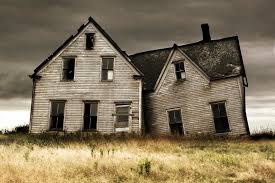 I have not yet found the divorce papers for Sampie and Mollie, but I know they were divorced. In the 1930 census, Molllie's marital status is divorced. I have not yet found a marriage license for Sampie and Pearl, but her name is Morton on her tombstone. They did not marry in Stanly County. The next likely place to look is Anson, so I will look when I am done there next.

This means that when Sam was living in the home with his wife and two daughters and his 3 stepchildren were slaving in the cotton mills to support the family, Pearl Kimrey, just a mere child of 14, was well pregnant with his son.

In this day and time, Sampy would have been arrested. In the 1920's, he made an honest woman of Pearl, at some point, and two more sons were born.

Grady Webb Morton was born in 1927, but did not live a year and is also buried at Concord UMC.

But Sampie Morton was not finished gleaning his sister's house. Remember when she was married, the youngest daughter in the home was Frankie Annette Kimrey, only 2 years old?

Sampie Morton, now age 46, had spied his next victim, and this one I did locate the marriage license for.

Oldest daughter Belmar Morton was born October 22, 1931. It was a shotgun wedding. Annette would have been about 2 months pregnant.

Sampie and Frankie would have 12 children together, making 17 in all for Sampie.

Although I don't have a wedding date for Sampie and Pearl, there would not have been time between the April census and the August arrival of James, to have gotten a divorce from Mollie and a wedding with Pearl.

Notice that Joe and his Aunt, Maisie, are exactly the same age.

Mollie has moved to the Endy community, where her daughter Ethel Boone Smart resided. Arlie lives close by. She is living with son John Frank Boone, Jr.; daughter Myrtle, mistakenly called a Boone, grandson Jay William Boone, son of Virgil, who died of the after effects of being gassed in World War II, shortly after returning home, Ethel, and her children. Her marital status is divorced.

Sampie and Annette raised their large brood back in Tyson Township.


Sampie Morton died  in 1952, of a self-inflicted gun shot wound. He was 66. Annette, who lived until 1997, buried him with her sister Pearl and their son Grady Webb Morton.  Sampie and Annette's youngest daughter was also born in 1952.

Samuel Parson Morton, one of many namesakes of Crying Sammy Morton, was a troubled man. When did the problem start? Was it with war? He earned his black sheep status for impregnating his sister's 14 year old stepdaughter while still married to his wife. He then chose the youngest of his step-niece's and impregnated her as a teen as well. He then took his own life after the birth of his 17th child. That qualifies his to this exclusive club.