I find it boring just climbing a tree trunk with no limbs. However, that is what most people seeking their family history do. Their aim is to go back as far as they can go. Sometimes, they suceed in getting pretty far back without having to venture past the trunk. Sometimes they do not. 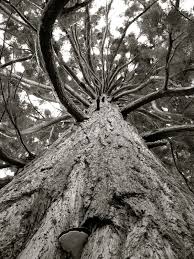 I prefer in climbing all out an the limbs and branches. I have found the most interesting and colorful information that has to deal with the trunk that way. If you know nothing of your ancestors siblings and other family connections, you miss so much. It's comforting knowing who the people are who witness documents and how they are tied in. Family connections can lead to fascinating new discoveries. 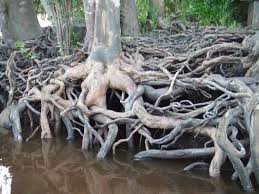 Sometimes when looking at a limb or leaf, you discover an unknown fact about your trunk.

Yesterday, I accidentally came across a bit of information I find fascinating.

Mariah Winfield, my "Scarlett O'Hara", had a thing for doctors. She married two of them.

Her first husband, Dr. James Moffett or Maffett (or Moffit or Mafit, many different spellings of this name), was from Fayetteville, North Carolina and of Chester County, South Carolina origin. I was looking into his brother, Dr. William H. Moffett, trying to discover when and where he died, in determination to find a will or estate papers, and possibly a mention of his niece, Mary Ann Moffett, daughter of James and Mariah. As he only had one child, Eliza, that I can determine, his niece may also have been a recipient of his benevolence. 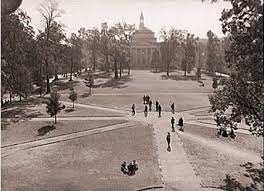 In this search, I found that Dr. James Moffett of Fayetteville, was a member of the Philanthropic Sociey of the Univeristy of North Carolina and an alumni, member of the graduating class of 1819.


We have a tendency to think of the early years of the 19th century as a very primitive era, with Indian tribes still lurking about and roads not more than paths and transportation, no more than horse and wagon and boat.  However, there were schools and education and civilization and fabulous architecture and art and science. Many of our current universities had their beginnings in these early years, and while the percent of the population that could attend was less than at present, there were graduates and many of them were the men who had a hand in the development and progress of this nation when she was young. 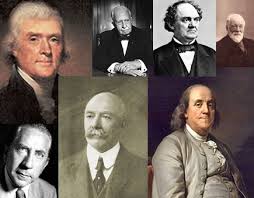 The below is a link to the findagrave link of James Moffett's family and ancestry.

Findagrave is an interesting site. I found a link to the grave of Jordan Lafayette Howell, who was born in Fayetteville, NC, but relocated to Muscogee County, Georgia with a business partner of his father and possibly a relative of his mother, Paris Jenks Tillinghast, Jr. He later migrated to Alabama with his sister's widower, Jeremiah Broadaway, originally of Anson County, North Carolina. Jeremiah and his children migrated from Alabama to Columbus, Georgia where, Jordan L. Howell was at, serving in several civic positions and a businessman. Jeremiah had first married Clarrissa Howell, Jordan L.'s sister, and remarried in  Columbus, Georgia. An older sister, Charlotte Howell, (named for her grandmother, Charlotte Freeman Howell and her Aunt, Charlotte Howell Stancill), married Dr. Allen Newsome of the Newsome and Jackson Hill area of Davidson County, North Carolian. Indication was that while Jordan L Howell had moved to Georgia with P J Tillinghast, his sisters had probably ended up living with their grandparents, Job and Sarah Winfield Davis, along the banks of the Rocky River in southern Stanly County, as their husbands were more from this area than where they were born. Jeremiah Broadaway shows up in the 1852 estate records of Job Davis, making purchases, so that places the family here during that year.

Jordan later removed to Alabama with some of his children and finally was buried in Florida. There is a deed recorded in Cumberland County, where his father, Jordan, Sr. (or Jordan III, depending on what timeframe you are looking at), purchased 1000 acres in Florida. Perhaps Jordan L. finally sought this c

I know without a doubt, that Jordan Lafayette Howell was the son of Jordan Howell and his wife Hannah Handy Howell of Fayetteville, NC. Jordan Howell was the son of my (Multiple)Great-Grandmother, Sarah Winfield Howell Davis and her first husband, Richard Howell. Richard also had a brother named Jordan who married Martha Randle of Stanly County and had sons John Randle Howell, Richard Howell and James G Howell. James G. migrated to Mississippi and Richard died childless about 1871. Several Stanly citizens are descendants of James R Howell and his wife, Elizabeth "Betsy" Nash, who was the daugther of Sarah's sister, Jemima Winfield Nash. 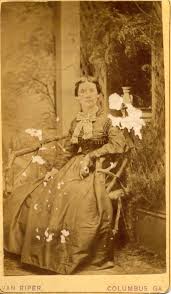 Sarah and Jemima had a brother named Edward Winfield, named for his Virginia grandfather Edward Winfield, so the name Edward was passed quite freely around the family. I mention this because of the following links.

Jordan Howell had another son, apparently named Edward. Jordan and Peter's youngest brother, John Winfield Howell, who also lived in Fayetteville and married Clarrissa Pearce, widow of merchant Nathan Pearce, also had a son, Edward Winfield Howell. Clarrissa had several children already and was about 39 when she married John, so they only had the one together that can be determined. I mention this because of the below links.

These memorials mention a "History of Pike County, Alabama". I had to find that book. There is a story on an early settler who married a daughter of Jordan Lafayette Howell. They claim relation to Varina Howell, wife of Jefferson Davis and to Richard Howell, an early govenor of New Jersey.
I'd love to find where they got their information. I contacted the person who set up the Memorial and their information had came from this book.

But I also know they had a few things incorrect. Jordan Lafayette Howell's father was not Edward, but Jordan Howell. They had an uncle and a cousin named Edward Winfield Howell. Maybe they assumed that since the oldest son was named Edward, Jordan Lafayette's father was Edward. Jordan the father of Jordan L. was born in North Carolina. Where they got perhaps Scotland was unknown. Maybe a child guessed at some point. Their mother was, from all indications, born in New York. That they had right.
Were they right about the connection to Varina Howell and Richard Howell of New Jersey? I have no clue, but I'd like to know. At first, I dismissed the whole idea, but the more I find out about the family, the more I give this idea possible credence.
This family did ride high in the saddle in those early years before THE WAR.

And since names got passed around in families like a contagious disease and the name Richard was not as common in those days as say John or William, the theory is at least possible that Richard Howell of Anson might have had some relation to Richard Howell of New Jersey.

It fascinates me how much they moved around and traveled. They did not have cars or planes, or even trains until a little later.

Finding out that Mariah's second husband and first cousin, Dr. George Washington Booth, paid for and erected the tombstone of his supposed cousin, John Wilkes Booth, was a real mind blower. If George can have a connection to John Wilkes Booth, then certainly Jordan could have a connection to the wife of Jefferson Davis. Those Winfield descendants really like digging their heels into things.

Posted by Jobs Children at 8:01 AM