A document that is on file in 3 different states, their marriage contract, gives Dr. William H. Moffett trusteeship of Mariah's considerable estate. She had received an inheritance from her father Joel Winfield in 1805, and another from her grandfather, Joshua Winfield in Virginia in 1818. Her father had named a son, Joel, in his will, but Joel was not named in the 1818 will of Joshua Winfield.

The following excepts all come from various issues of The Fayetteville Observer.

In Marlborough District, the 25th ult (meaning Christmas Day...how tragic), Dr. James Moffit, aged 37 years. A native of Sligo, Ireland and for many years an eminent Practitioner of Physic. He left a wife and daughter.

The wife was Mariah. The daughter Mary Ann Moffett.

The above excerpt gave us Dr. Moffett's place of birth, his date of death, his approximate year of birth, his profession and reputation and noted that he and Mariah had had a child. 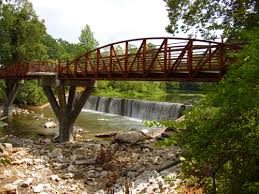 A document from Lawrence County, Alabama, that I have not yet recieved a copy of, but is on order, names James as being from Cheraw, South Carolina and William H as being from Fayetteville, North Carolina.

Notice that the Deed and Page are the same for both James and William H. meaning this is the same document. Hamilton Moffett seems to be of no direct relation and arrived in the county at a different time and is not a child of either Dr. Moffett. 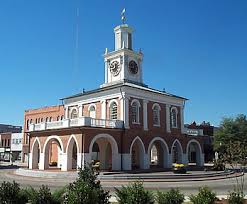 In my post Morsels, I mentioned having found that Dr. James Moffett of Fayetteville d a member of the Philanthropic Society of  the University of North Carolina circa 1819.
http://www.jobschildren.com/2013/04/morsels.html


In the 1830 census, James is shown with Mariah and Mary Ann being enumerated by only a dash, and with 27 slaves in the household. Most of these had came with Mariah.

Mariah and James hired a contractor to build a home for them at Level Green, Marlboro County, her father's plantation. Level Green was located about halfway between Bennettsville and Society Hill.

In 1820, in Fayetteville, James had one person listed as a slave living with him. He was a Physician, and not a farmer.

Both Dr. Moffetts were listed as Physcians in the early records of Cumberland County and in a book on the History of Fayetteville.

The Alabama document might link James Moffett with the Moffetts of Cheraw. He most definately had a close relationship with Dr. William H. Moffett.

My next missive will be concerning Dr. William H. Moffett. I believe them to have been brothers, due to their ages and lateral relationships, but have not yet found proof. Yet.