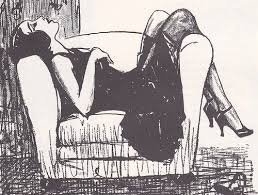 One would think that an investigation of the life of Mollie Eliza, the firstborn daughter of my great-great grandmother Frances Julina Davis would be cut and dried.

She is buried quietly beside her husband, John F Boone, Sr. I had in my coffers, her marriage license to J. F. Boone, denoting her father as Ephraim Whitley.

Horton H. Davis, my great-great grandfather had adopted Julina's children born before the marriage as his own. Her second-born, Jesse Filmore, was the only one to maintain the surname of Aldridge, their mother's maiden name. Mollie is seen as an Aldridge on her first marriage license, but in several census records, and on her tombstone, she has forever wore the surname of Davis.

Mollie was the 'bastard' child referred to in the bastardy bond documents of her mother's trial that I posted on in: The Proof is in the Pudding: Julina's Day in Court.

But on closer examination, Mollie's life was not so simple. 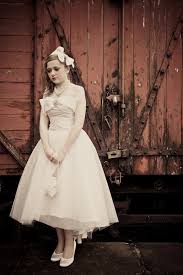 She and John Frank Boone had four children in a quick succession:

His namesake, John Frank Boone, Jr was born October 9, 1904. Just three months later. He never got to meet his father.

The 1900 census is the only one in which John and Mollie are shown together.


It also claims Mollie was the mother of 3 children with 2 living. Perhaps she had just had an infant that passed away, shortly after Ethel was born.


By 1910, Molly is a Morton (transcriber error has her as a Marten), and is listed as married, but as Head of Household. No husband to be found.

She also has a 3 year old daughter, 'Lalla', which turns out to be Lallie, who is a Morton.

I found this marriage license.


The young widow, 23 year old Mollie Boone, married a Sampie Morton on April 5, 1905, a year after she is widowed. Sampie was Samuel Parson Morton.

I have a Samuel Parson Morton in my family tree already. Mollie's litte brother, William Hampton Davis, my great-grandfather, marries Penny Wayne Turner, a descendant of the charismatic traveling minister known as 'Crying Sammy Morton" and his first wife, Vashti Callaway. His name was Samuel Parson Morton and he lived between 1805 and 1885. Was this Samuel P. Morton a descendant of Crying Sammy as well?

Mollie lived well past the 1910 census and so did Sam Morton. Why was she living alone in 1910?

Mollie's tombstone and death certificate decries her a Boone and not a Morton. What happened to the "Morton?"

Mollie's story is not so simple. It's going to require a little bit of investigation.