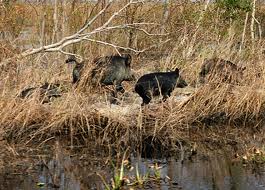 And we think the newspapers can be horrific today.

While looking through the Anson Record for any information on either Hortenses death, or Kitty marriage, I found these horrific tales:

Mrs Loden, a farmer's wife, in the western part of this county, was burning some trash yesterday when a spark ignited her skirt and burned her so that she died. While she was suffering agonies, she was forced to witness three large hogs devouring her two-months-old child, which she had laid on the ground while she worked.

Family Deserted in Danville Find their Way Back to Wadesboro 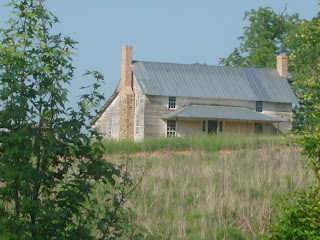 A shivering group consisting of a woman and six children was brought to the attention of  the city authorities this morning.  The party came in last night on the train from  Danville. They were suffering from cold and hunger. The mother had a thin shawl tightly drawn about her shoulders. The children shivered as the windy winds cut through their scanty clothing.  They held each others hand and the cold trembled through them like an electric current.  Down their cheeks  were irregular currents where tears had forced their way through the smut and dirt. The woman had a tale of desertion and hardship to tell.  She is the wife of John Carter, of Wadesboro and the mother of eight children. Two months ago, her husband broke up his home at Wadesboro, and packing wife, children and household effects in a wagon, started out north. They reached Danville in the course of time and Carter said they would locate there. Three weeks ago Carter and his two oldest sons sold the wagon and team and all the other goods that they could market, pocketed the money and disappeared, leaving the helpless woman in a strange place with six children to care for. Her story becoming known in Danville, a purse sufficient to take herself and her children to Charlotte was given to her. Today in Charlotte, she was given money to continue her journey to the old home in Wadesboro.  She has no idea of the whereabouts of her husband and two sons. Charlotte News on the 21st inst.

The man referred to in the above by the news as John Carter is really Philmore Carpenter. Carpenter left this place weeks ago in a wagon for Danville, Virginia where he deserted his family, but instead of selling his team as the News states, he took the back track for Anson County, accompanied by a woman of loose character. Carpenter's wife and children arrived in Wadesboro during the night of the same day in which he and the woman reached here in the wagon. They are now all living together and the children are working in the cotton mill here. 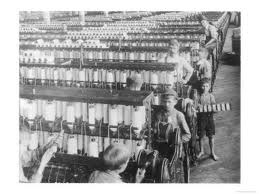 Shot in His Car
Engineer Dodd Assinated By Drunken Negro

The Scoundrel  captured and carried to Halifax Jail- The Engineer One of the Most Popular on the N. A. L. 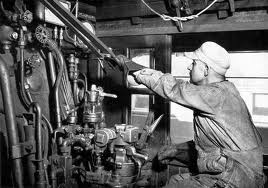 
A shocking murder occurred here at 3:30 o'clock this morning when Matt Dodd an engineer on the Seaboard Air-Line, was shot and killed by a negro tramp.

The negro stole a ride on the north-bound "Atlanta Special" from Henderson to Gaston. At Gaston he was discovered, and was at once put off the train. Whe the train started off he got on one of the steps outside the vestibule, and on the steps rode to Weldon.
At Weldon  the trains change engines. Engineer Dodd had his engine and train at the shed waiting when the vestibule pulled in.
The negro wanted to steal a ride to Portsmouth, and Mr. Dodd was to carry out the Norfolk train.

It was a cold morning and the negro ride-stealer walked up to the engine to warm himself. He came into the cab, and climbed the steps. For some minutes he stood there.  When the engineer came he asked if he might ride in the engine.
"No" said Mr. Dodd. "it's against the rules and you can't ride here."
He stood on the steps until the train was ready to start.
"You must get off the engine at once," said the Engineer.
The negro refused.
"Then I shall have to put you off" He made a motion to put the negro off the steps.
The black scoundrel  reached back into his pistol pocket , pulled out a revolver and shot Mr. Dodd.

Note: The following is the Ancestry.com profile for Philmore Carpenter.  Sarah Elizabeth Gaddy must have been the abandoned wife, and was from Virginia, although with the Gaddy name she had to have had relatives in Anson. Miss Hunsucker was likely the woman of bad character whom he hooked up with and brought home. He was obviously married several times and with the benefit of a divorce or not, who knows. He had more children with his wife Sarah Elizabeth Gaddy and seems to have been having children simultaneously with Miss Privette, his last wife. Both Sally Gaddy Carpenter and Hattie Privatt had a child in 1896, although Sally's died the same year, possibly from the cold and the abandonment. Maybe Hattie Privett was the woman of loose character. Interesting story. Philmore Carpenter was born in Stanly County and related to the Carpenters in my Davis and Murray family trees. I will have to look into this more. 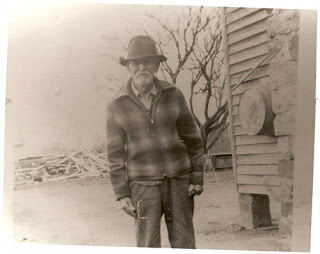 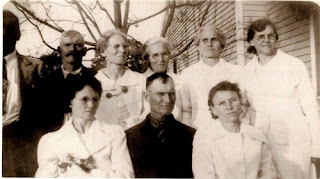 Children of Sallie and Phillmore Carpenter

Posted by Jobs Children at 3:21 AM