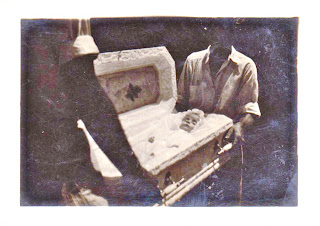 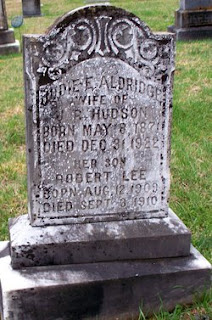 Little Robert Lee Hudson only lived 3 weeks past his first birthday. He was the younger brother of my grandmother, Hattie Helen Hudson Thompson and the son of James Robert Hudson and Judie E. Aldridge Hudson. He was the grandson of Caroline Hudson Singleton and J. Pink Aldridge and Susan Floyd Aldridge. He was buried in the same spot his mother would be buried 12 years later. His sister Hattie would later name her only son Robert.  Rest in peace little Robert Lee. Forever an Angel.

Posted by Jobs Children at 2:28 AM