The Best and The Worst Apples 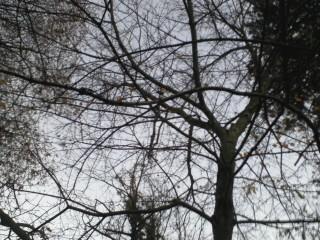 The wonderful thing about a blog is that you can blog about anything you want to. In a geneablog, it can be one document, one individual, one event, or an entire family over the course of a century or two. This is going to be a very brief post with a very certain conclusion. In researching the many families and various branches that make up my family tree and the trees of friends and nonbiological relatives, the history of our area and the founding families of several towns and counties, I have discovered that the best and the worst apples all still come from the same tree. 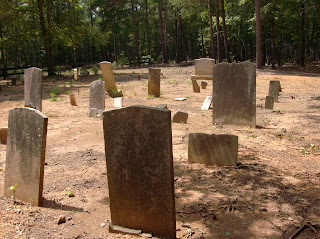 The families that built a nation are also the same families from which the destructive and shameful individuals came from . Today's leaders of the community could very well be the grandchildren of  yesteryears' criminals and dregs of society, who themselves were the sons of  patriots and heros of  times past.

A man who came from Virginia after the Revolutionary War, in which he was a hero,  became an important individual in the growth and founding of the community in North Carolina in which he settled. He started several profitable businesses and was a well-known and much loved individual in his place and time. He sent his children up north to be educated during the 1820's and 1830's. One of these sons became a deserter during the Civil War and was known as a thief, vagabond and finally a murderer. He was executed for his crimes, but left behind a young wife and 3 small children. His wife married an unscrupulous older man, who was an associate and partner in crime of her first husband. He raped her 14 year old daughter and a child was born of this rape. The boy grew up by the scruff of his teeth, never having enough and was treated very badly, but became an humble and frugal man. Eventually, he became a minister and was blessed with a lovely family and a growing ministry and was able to educate his children. Two sons started a business that would grow to make them and their heirs wealthy men. One daughter married a lawyer, another the Dean of a Christian University. His grandchildren would be known as leaders in their communities. One would die serving his country in WW II. This son's children would find no mercy or aid from their aunts and uncles. They went to work in the cotton mills of a midsized North Carolina city. The mills closed and the grandchildren of the soldier came of age in a dying town with no jobs. One of them used the area's overt depression and began a lucrative business of selling drugs. He was eventually arrested for a massive criminal business which included illegal weapons, drugs, and child prostitution. He had fathered a son while a senior in high school, who knew who his father was, but carried on no more than the name. This young man is now a minister in his late twenties lauded as an example and leader of the youth in his community.

And so the story continues, and so the same trees keep putting out the same apples. Some fall to the ground and rot, others become nourishment to to the body.

Posted by Jobs Children at 5:24 PM