I love the old poetic names that arrived in style in the later part of the 19th century. As the population grew, people became tired, and aware, of an ignoble repetition of certain names, that confused one person with another. So middle names, even two middle names, became more common. Some families even became creative and melodic in their choices of names in their growing families.

During my recent study of the Smith and Bunnel families of East Montgomery County, North Carolina, I made the acquaintance of one Lucinda Minerva Bunnel whose personality seemed to just pop right out of the pages. 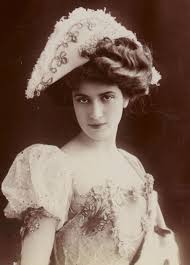 She had one of those lovely "Not another Mary" names that were the trend of the times. Sadly, those names would not remain the trend, but parents today are seeking more creative and unique options to baby names. And Minerva was not a typical Victorian Bess.

Born in 1866, Lucinda Minerva Bunnel was the last of the 8 children of Thomas and Sarah Smith Bunnel of Montgomery County, North Carolina. Her grandfather, Asa Bunnel had came to the area as a young man with his family, from Connecticut, so every Bunnel was related. It wasn't a Carolina name.

She arrived at the close of the Civil War, and although neighboring counties and families had suffered fairly badly, hers had not. Her father was too old to serve, and the one brother she had, that did,made it home in one piece, although there are signs it may have affected his mental state. 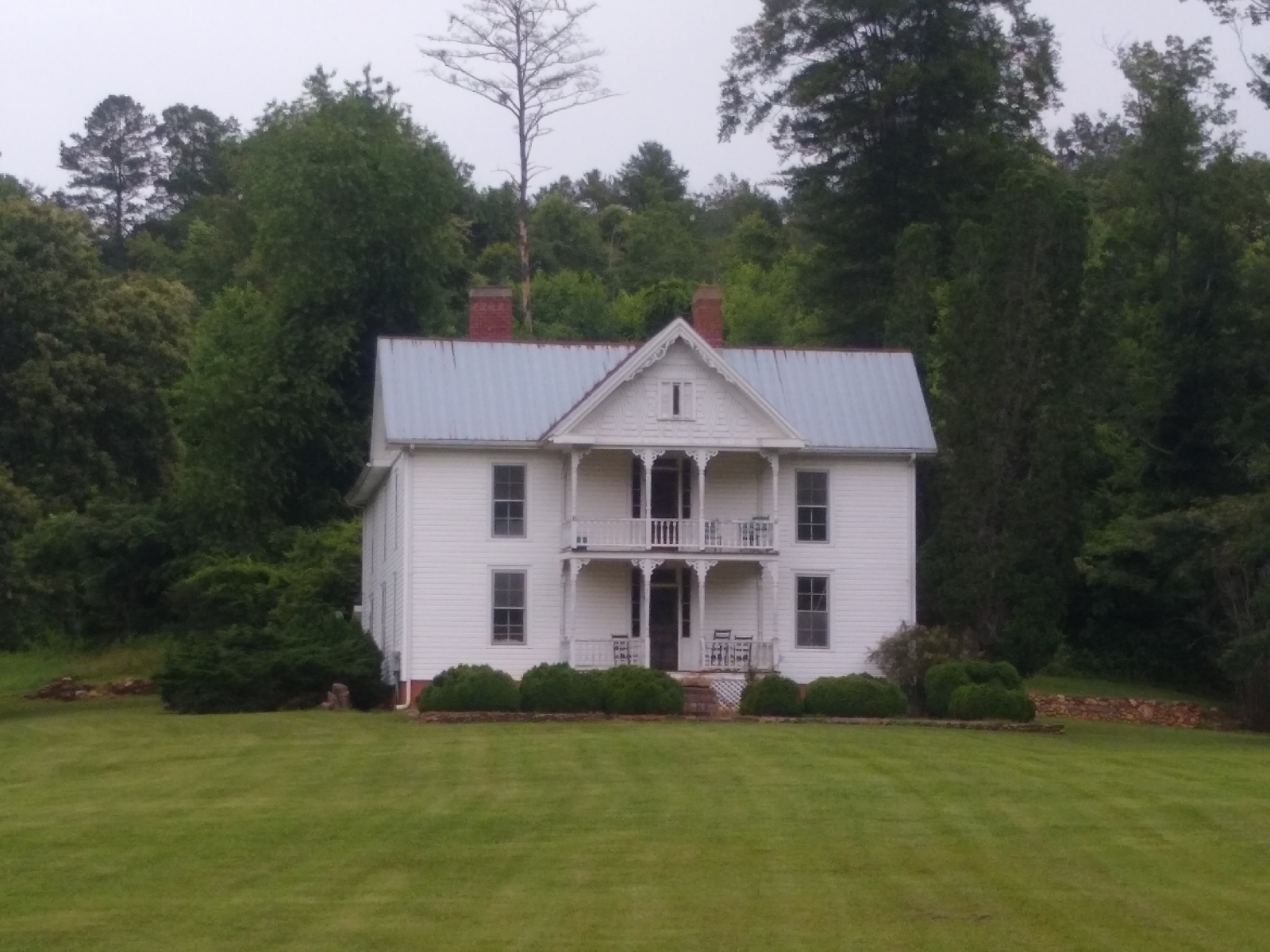 Minerva was a full 5 or 6 years younger than her youngest sister, Sarah, known as Duck. I wonder how she had gotten that nickname.

The first 20 years of her life went spent safely and quietly in the area of Montomgery County near the Moore County line, in the general vicinity of the little town of Star.

In November of 1886, Minerva would marry one Thomas Jefferson Hicks, son of Littleberry and Lucinda Hicks of the Pekin area. He had lost his father to the war. The marriage license said that Sarah Bunnel was living, but she supposedly died sometime that year.

They settled in housekeeping as would be expected and Minerva began having children. Nothing unexpected there. But if one compares the birthdate of the oldest child on a great number of these old documents with the marriage license, something becomes evident.

Annie Bell Hicks arrived on September 17, 1886. Her parents were married about 6 weeks later . 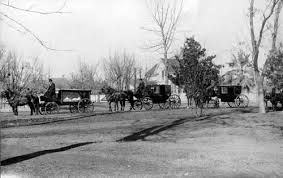 Minerva, only 30 herself, wasted no time. She knew she would suffer a great deal of hardship trying to raise 4 little girls on her own.


William Gaston Kelley was born in Anson County about 1859 to Lattimore Kelley and wife Nancy. He had one brother, Roland. Their father was killed in the Civil War, and his mother, Nancy, would move the family to the community of Williamson in Richmond County and put her boys to work.

Gaston and his mother are found there in 1880, with his brothers little daughter, Lillie. In 1885, Gaston would marry Henrietta Townsend. She was the daughter of Elijah C Townsend and wife, Elizabeth Boggan Townsend. It appears that her father took off right after she was born, and left her with relatives in Anson County, but he kept up. He went to Texas to make his fortune and never returned.

Gaston Kelly and Henrietta Townsend Kelly had two daughters, Elizabeth, named for her mother, and Nora, born in 1886 and 1890. Henrietta died when they were still small, living Gaston a widower. Then he met Minerva. 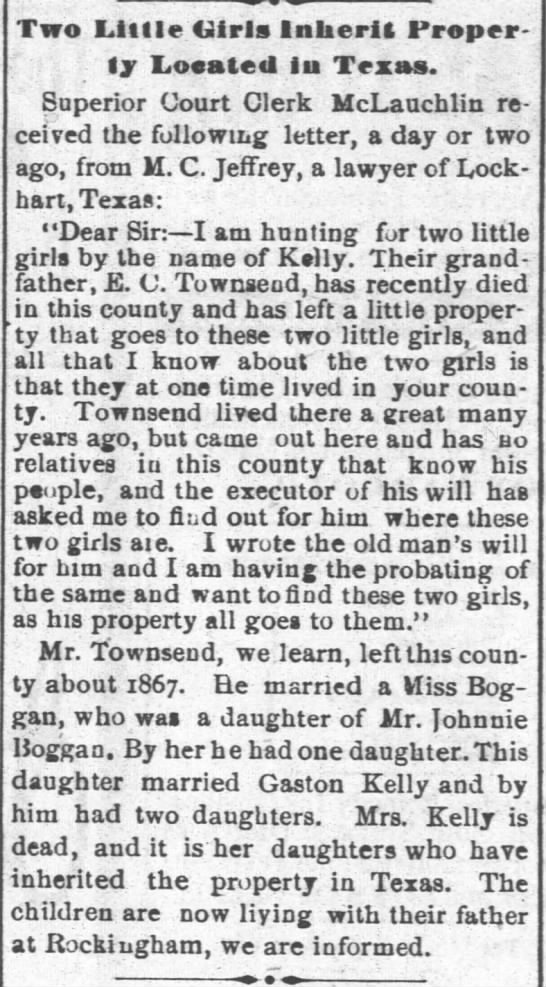 Gaston and Minerva were married in 1897. It seemed like a good idea at the time, but over time, Minerva would change her mind.


But in the beginning, they appeared to be a happy family. Gastons two daughters by Henrietta had inherited property in Lockhart, Texas from their Grandfather. Minerva began giving him sons. Below is the family in 1900.

They had a his, hers, and theirs family. Bettie and Nora were Gaston's daughters with Henrietta. Leslie and Daniel were the sons of Gaston and Minerva together. Annie, Willie, Mary and Esther were Minerva's daughters with Tom Hicks. Nancy Kelly was Gaston's mother. CLIPPED FROM
The News and ObserverRaleigh, North Carolina30 May 1907, Thu  •  Page 5

Gaston had some good luck farming, as was reported in the papers a few times, but he also had a tendency to keep rough company. In 1907 he had to testify in the trial of some bootleggers, who had ended up in a gunfight, and people had died.

They were still making a go of it in 1910, although things were getting a little tense. Mary and Esther Hicks were still at home, the older two girls had married. Robert Leslie Kelley and Dewey Daniel Kelley had been joined by a little sister, Sarah Lola Kelley, named for her grandmother. She was her mother's last child.

Gaston contined to spiral downhill due to alchohol and wild living, making the papers on a regular basis, nothing major, but more than Minerva could handle.

The straw that broke the camel's back was a woman named Sisely Elizabeth Lammonds Bailey Green. Sisely was twice married  and the daughter of John Lammonds and Loretta Hicks Lammonds of Montgomery County. She had married Newitt Green and had 5 children by him. Newitt died in 1901 and then she married James Daniel Bailey in 1909 and had one son with him 6 months later.  That relationship ended, I might guess in divorce, as he did not die until 1925. Sisely was a party animal, like Gaston, and liked to 'live up the town'.

That partying would result in the birth of Pearline Kelley in 1912.


Minerva divorced Gaston due to abandonment and infidelity.

The following is Minerva and her younger children in 1920.


She is living in Biscoe. She is divorced and living with Dewey and Lola. She has a hired hand named Lewis living with them.

This is Gaston and Siseley in 1920. Their daughter, Pearline, is living with them and Siseley's son, Victor Bailey, by her second and brief husband, has been given the wrong name. Or perhaps he went by his stepfathers name as a child.


The 20th century was in full swing and things were getting complicated.

And then came Ben Lewis. 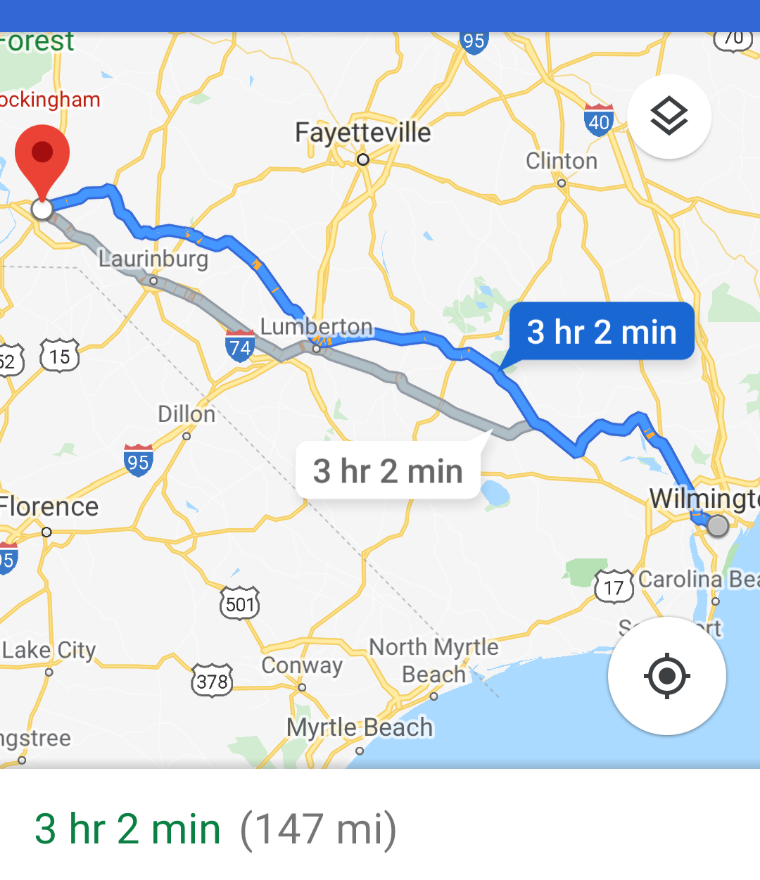 Benjamin Franklin Lewis was a Montgomery County boy and a good sort. He was born in Capelsie, in the middle of the county, in 1852, to Calvin and Sydney (or Cyndey) Lewis. He married a Lucinda Maner, daughter of Amos and Catherine of Diffies. They had 7 children.

Now, here is where it gets a little murky:

This is Ben and his family in 1920. It states that he is a widower.

Now, this is the marriage license for Ben Lewis and his first wife, Lucinda Mainor/ Manor. They were married in March of 1879. He was 25 and she was 20, giving her a birth year of 1859. Some family members have given Lucinda a date of death of 1936. Others, and even on her Find-a-Grave site, give her a death date of 1953. That would mean she would be pushing 100. For clarification, we have to go to Piney Grove Cemetery. 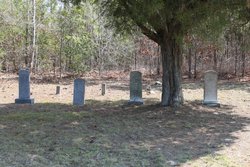 Piney Grove appears to be located in the middle of nowhere to the northeast of Onvil, which might as well be named "nowhere", it's so small. Off of Pekin Road and McCallum Road, and south of the Ghost town of Capelsie and Capelsie Road. 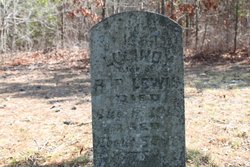 This is Lucinda's tombstone. It's barely legible, but what can be made out is:

On August 22, 1920, just after the census records of that year were taken, "Nervia" Kelley, divorced, married Benjamin F. Lewis, widower.

He was 61 and she was 47 and I get a real feeling of peace about this marriage. The essence of serenity. I feel that Minerva was....happy. Call me crazy for being able to just pick up on these things, I don't know if it's a 7th sense or what, but I just do. 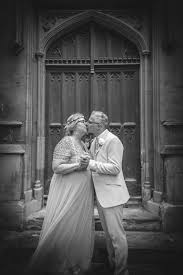 Sadly, the marriage of Minerva and Ben did not last long. He passed away one month before their 5th anniversary.

Ben was laid to rest in Piney Grove Cemetery, very close to where he'd spent most of his life. Minerva buried him next to his first wife, the first Lucinda. She didn't die in 1936 or 1953. She died at 58, and before 1920.

Having been widowed twice and divorced once, Minerva was a strong woman who did not give up. She was now in her later 50's, and her life was not over. 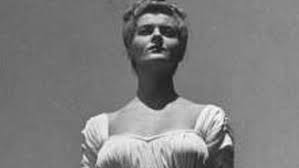 Minerva was the youngest of 8 children and had 3 older sisters.

Her sister, Ellen, and Beaty Dunn had 5 children together and then Ellen died in January of 1925, the same year that Ben Lewis had died.

It appeared the Lewis and Dunn families were familiar with each other.

And you guessed it, Minerva would end up marrying her brother-in-law, Beaty Dunn.


10 years later, the old couple, now septigenarians, were still happily married and living on the road,
"from Ether to Dover".

I hope their last years together were happy ones. Beaty, who was born in Moore County, NC, died in Asheboro in Randolph County, NC on May 20, 1941, while in the hospital there. He was buried in Star, Montgomery County, at the Star Baptist Church, next to his first wife, Ellen Bunnel Dunn. 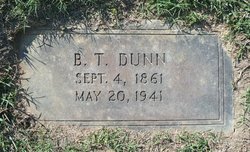 Lucinda Minerva Bunnel would go on to live another dozen years. She died on March 12, 1953 in Biscoe, Montgomery County, North Carolina. Her children would bury her in Candor, next to her first husband, Thomas J. Hicks. 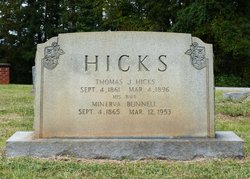 Lucinda lived a long, full life, she was 87 years old and the mother of 7 children.

Posted by Jobs Children at 3:55 PM