In this post, I just want to take a closer look at the individual named Edmund Denson. Who was Edmund and where did he come from? At first, that was all that I knew. 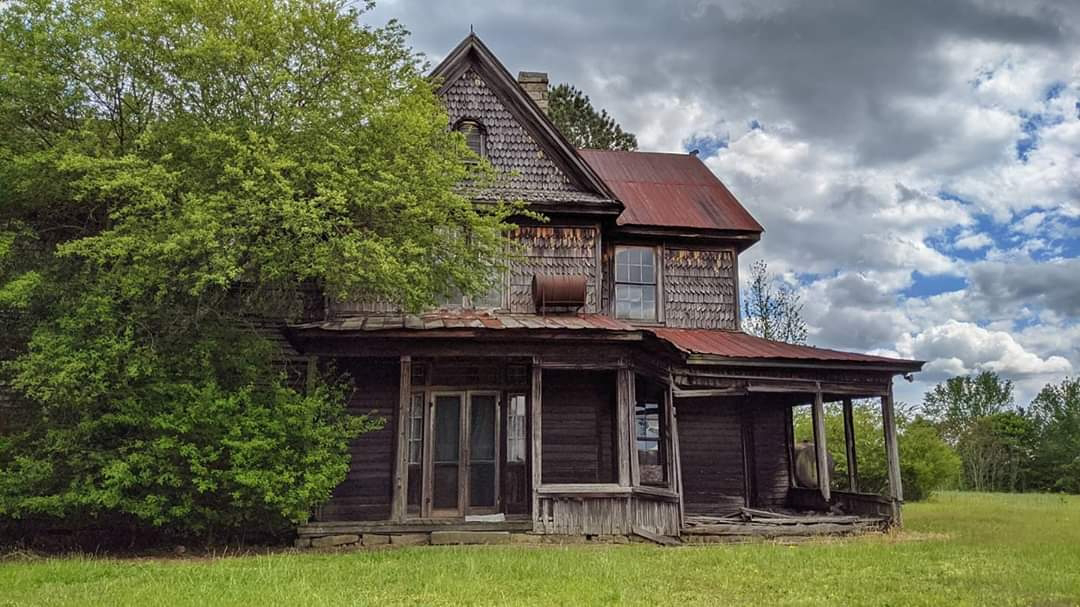 I came across Ed Denson during my research of the Smith family. He had always lived near the Smith family in earlier censuses, and he had lived with the single daughters of Joseph Smith,as a hired hand in another. During that time, he had became the lover of one of them, Terry, and together they had a daughter, Sally. All of that seems very ordinary, however, for the time and place, it was not.

Then I made the online acquantance of a lady in Virginia. We share a very small segment of dna, so small, it could be, should be, impossible or nearly, to figure out our connection. But I believe we have. She's a descendant of Edmond Denson and Terry Smith. I have several genetic connections to descendants of Terry's father, Joseph. Both Joseph's family of Smiths and the family of my ancestor, James O Mauldin, had followed the path of Chatham to Moore to Montgomery Counties in North Carolina. James O. Mauldin was the husband of my mystery ancestor, Mary Smith Mauldin. It is my belief that these two families may be connected.

The story of Edmond Denson is not just a story of one 19th century man in the Southern piedmont. It's the story of an entire designation of people somewhat left out of the history books. It's the story of circumstances that have led to many a face like these as the fad of genetic testing has taken off in the US of Mongrelia. It's the story of our times and those times and what people need to hear. Americans are one soup made of many. One people. 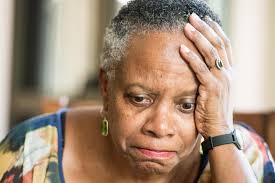 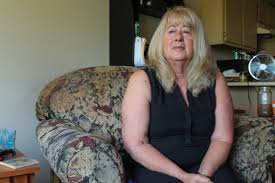 Edmond Denson was a free person of color in the years before emancipation. There were several families and individuals in that category in old Montgomery and Stanly Counties in the first half of the 19th century. They were not rare, and neither were they common. Some were families with a long history of freedom that had came down from Virginia. Others began with just one individual. Some had been slaves, or their forebears had, who had been freed. Others were born free and were of mixed race. Some were Native Americans, members of remnant tribes, that had been decimated, but had not disappeared entirely in other cultures. Some were of other ethnicities entirely, they were just darker than the average settler, and were Mediteranean or Arabic, or other. The census takers had 3 choices to maek on individuals, white, black or Mulatto. Eveyone who didn't fall into the first two categories became the latter.

Edmund Denson was an actual mulatto. He was born to a free white woman - Sarah Denson. His father was a black man- Thomas McLeod. As Thomas doesn't appear until after emancipation, it can naturally be assumed that he was a slave. There were  several McLeods in Moore County who owned slaves in the 1850 and 1860 schedules. I believe Thomas might have been the Tom mentioned in the will of on John McLeod, however.

I anticipate the arrival of several documents from archives before I can really start piecing together the Denson family. They appear to be the perfect example of a family tripping over themselves to make sense of something they don't understand, even to the point of creating memorials to an individuals who didn't exist. But that's later. 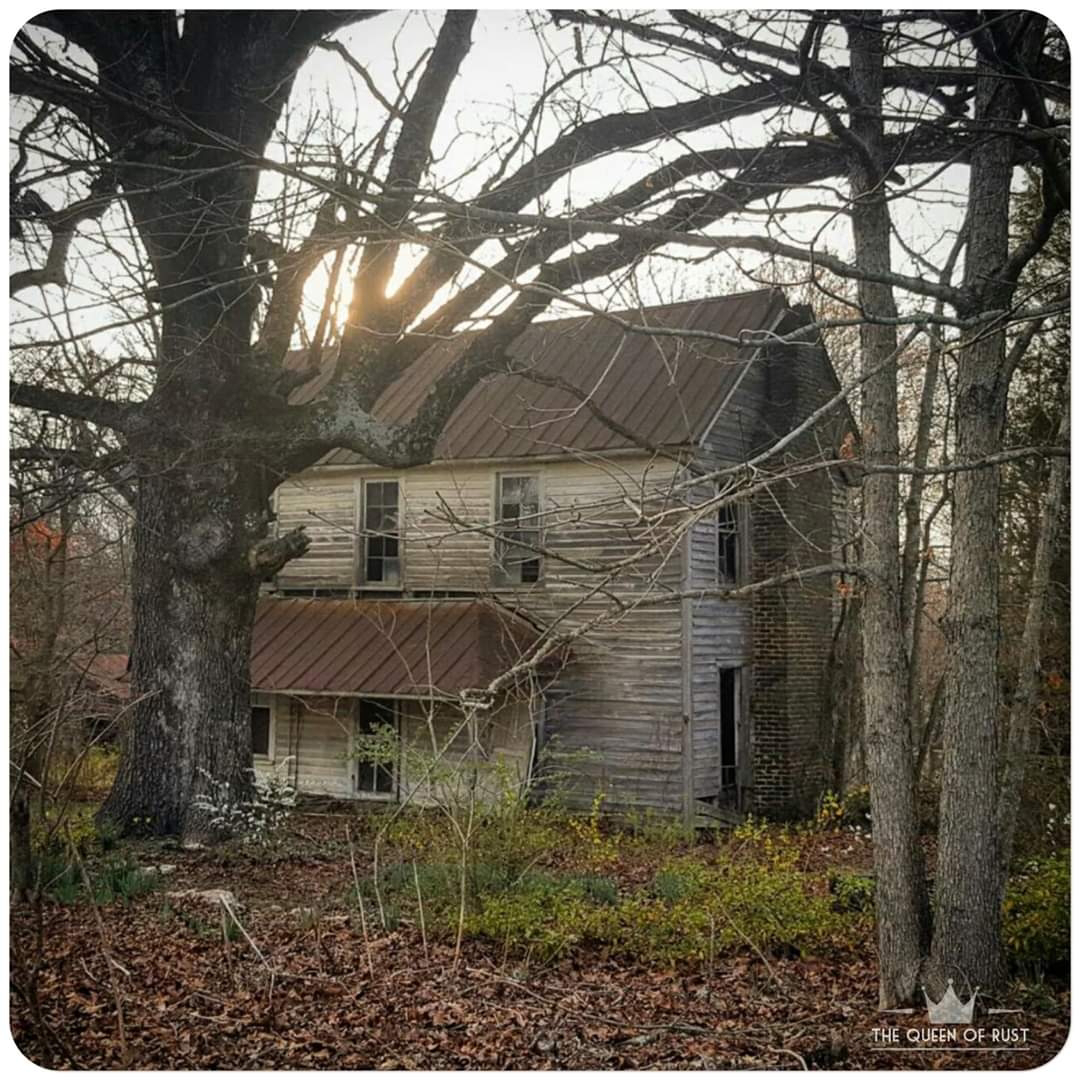 Edmund Denson was born in Moore County, North Carolina, in the heart of the Scottish sandhills settlement. He's found there first, in the 1850 census, working for the Morrison family, along with Neil McCaskill, who may have been the friend that led him into neighboring Montgomery, where he would spend the remainder of his life.

Edmund in labeled a mulatto here, which was a person of mixed ancestry, which indeed he was. Everyone else in the household was white. He's given a birthyear of 1832 here, making him 18, but that would change.

By 1860, he has relocated to Montgomery County and is now working as a hireling for a young farmer named Angus Muchinson. They are living in the township of Brutons, with the closest Post Office being Macedonia. He still has a birth year of 1832, and is 28 years old. 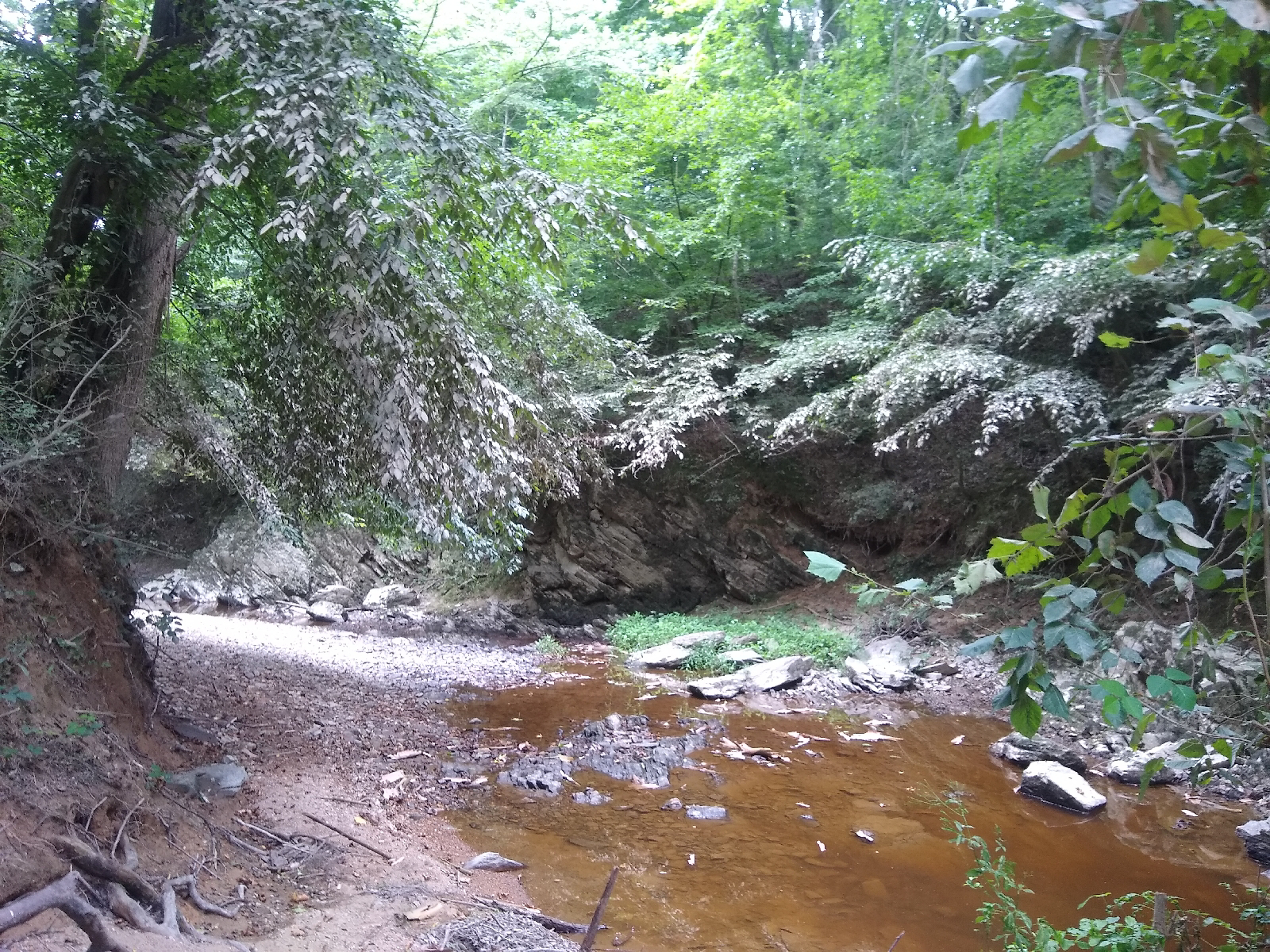 Terry and Martha Smith were the single daughters of Joseph and Martha McCaskill Smith. Their paretns had passed away sometime between 1860 and 1870 and the daughters had remained in the old homestead. They lived near Auman's Hill, in Hill Township, which is described as the Northeastern section of the County.  A transcripton error is made in the age of William Smith here. There was no dash, he was only 8 here, being born in 1852. William was the son of Martha Smith. Ed Denson was a hired helper for the sisters. This census has him younger than he was on the last, which is incorrect. He was probably more around 37 or 38.  Edmond must have developed a closer relationship with Terry Smith during this time than that of hired hand. 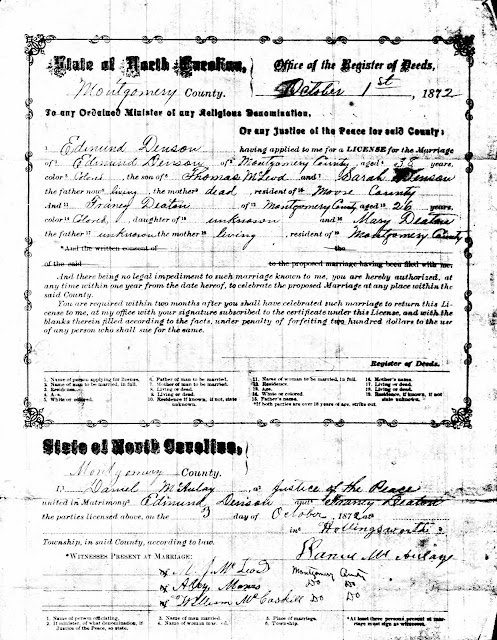 The relationship between Edmond and Terry did not last long, in fact, in legal terms, it became combative. But Edmond would decide it was time to settle down. He settled down with a girl with a most unfortunate story, Franie Jane Deaton.

In the above marriage license, Edmond Denson names his parent as Thomas McLeod, living, and Sarah Denson, deceased. Franey names her father as unknown, and her mother as Mary Deaton.

Thomas McLeod was indeed still living in 1872, as he appears in the 1870 and 1880 census records of Moore County. This suggests that Edmund kept in touch with his father in some manner, to know he was still alive.

Post-Offices of Moore County in 1898

His mother was deceased, and correctly, is not seen after the 1850 census.

She first appears as a Head of Household in the 1840 census of Moore County. Her mother, Sarah Myrick Denson, died in 1842 and had divorced her father, Bennett (asa Benjamin) Denson in 1816. 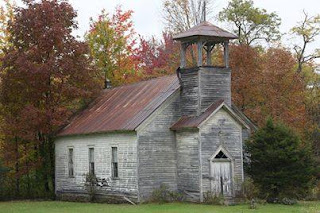 In 1880,  Edmund and Franie are living with her Aunt, Margaret Deaton Brewer. Margaret was the widow of Aaron Brewer and remained childless. Franie was also living with her Aunt Margaret in 1870, with her toddler, Emily. If you will notice, Mary E. Denson, above, is 11. This is Emily. In the 1880 census, Margaret Deaton Brewer is white. Edmond, Franie and the children are all listed mulattos. However, in the 1870 census, when she is living with her aunt, and in the 1860 census, when she is living with her grandparents, mother and siblings, Franie is white. I have no reason to believe Franie was anything but completely white, and was counted as mulatto, simply from her marriage to Edmund. In fact, her mother Mary is just a few houses up from the Densons, living with another of her daughters, Sidney Deaton Lassiter. 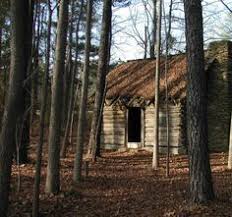 I found a Bastardy Bond for Franie Jane in the Montgomery County Court Records for the year of Emily's birth. In this bond, she was shown as "Franey Brewer". It took a search for Franey Brewer to figure out that Franey Jane Deaton and Franey Jane Brewer was the samer person. It appears she was adopted by her Aunt Margaret and Aaron Brewer. And there were possibly sinister reasons behind that. But that's for another day. Some of the names of the neighbors sounded familiar, that's when I realized that the families were from an area of Montgomery County near the Moore County line, called "Black Ankle".  Wikipedia states that Black Ankle is an unincorporated community in the Northeastern corner of Montgomery County. It's only half a mile south of the Randolph County line and 3 miles west of the Moore County line.

There are several stories of how the community got it's name, but the jist of about all of them was that the people there were known for having dirty ankles, whether from working in the mines there, or working with tar and turpentine, among other, more nefarious reasons.

Closer to Biscoe, was Terry Smith, one of the Smith sisters, daughters of Joseph and Martha Smith, with whom Edmund was living in 1870. Terry and Edmund had had an affair, that resulted in the birth of Edmund's daughter, Sarah, or Sallie.

Oddly, Sallie was born the year that Edmund married Franie. Terry Smith was a white woman, her daughter was designated mulatto, like Edmund. 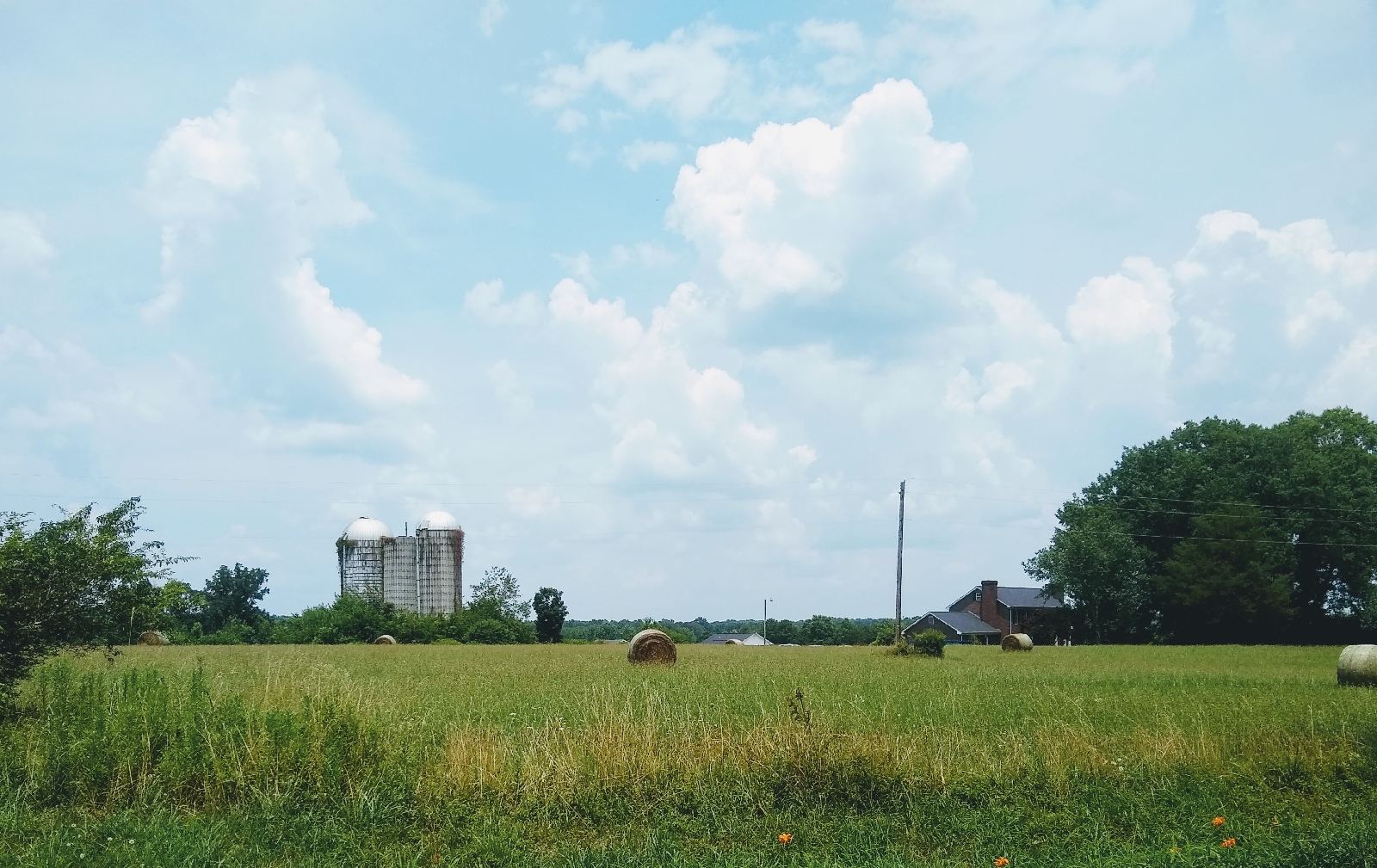 Terry would not make it to 1900. It is unknown when she died or where she is buried. Her daughter, Sarah, would not marry, but would give birth to 4 children.


Sadly, in the 1910 census, it would show that 2 of her 4 children had died. Her daughter, Betsy Ann Smith, would marry in 1913 at the excruciatingly young age of 14, to Price Ingram Butler. Sarah S. Smith signed in as a witness.

Sallie died the next year of a Uremic Coma at the young age of 44. Her death certificate said she was buried at C. B. McLeods Cemetery in Biscoe. 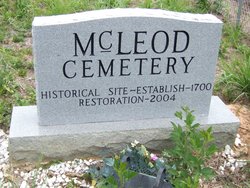 It seems rather ironic since her father was a McLeod. The cemetery is beside the road going north out of Biscoe, just before Tarry Church Road. The close street names reflect the familes in the old census records who lived in the area. But Sallie has descendants. Her daughter Betsie lived until 1968 and died in Scotland County.

Franie Deaton Denson didn't make it to 1900, either, but her husband and Sallie's father, Edmund Denson did. He had moved to Randolph County, so probably died there, between 1900 and 1910.


Edmund and Franie had 4 children, including Mary Emily Denson, whom I am not altogether sure was his.

My microscopic look into this family  and its origins has not concluded. I'm awaiting documents from archives and have taken a trip to Moore County. Moore is a burned county and many records prior to 1889 were burned, so there's not a massive amount of information there.

Also, the story of Franey's family has a tale of its own to tell. Until then...

Posted by Jobs Children at 3:38 AM