William Joshua Hudson was not the only Hudson in the area in the 1800's, but his lifetime certainly spanned nearly the entire decade and his genes run through a tremendously large group of people living today due to his many children.

He was born in June of 1796, near the Virginia/North Carolina line and died in Stanly County in January of 1896. Within months, he would have been 100 years old.

I have posted several times concerning my line of Hudson descendants, first Caroline Hudson, daughter of Burrell, one of Joshua's sons by his first wife, who died during the war between the states, my grandmother's grandmother. And another post concerning Caroline's brother, Marion.

Recently, I have came across more Hudson that are not to be found in the "Hudson Book".

The first one is Marion Patterson Hudson.

Patterson, as he was known, was the son of Lundy Cornelia Shepherd and Great-Great Uncle Marion Hudson, mentioned above.

Nealie Shepherd was the daughter of William Edmund Deberry Shepherd of Richmond County, and Francis C "Fanny" Carter. Nealie was born in Richmond County on June 27, 1872. Her mother and younger brother, are buried with her grandparents in the old Marcus Carter cemetery near the Green Top area of Stanly County, not far from the Swift Island bridge. Fanny died December 23, 1873 and little William W. Shepherd died September 18, 1873. So Nealie was only about a year and a half old when she lost her mother. It is unknown exactly when their father died, but prior to 1880, Nealie and her older brother, Tom Shepherd, came to live with their grandparents, Marcus Princeton Carter and Nancy Marks Carter.

The grandparents did not survive until the children were grown and Nealie ended up marrying very young, on November 19, 1887, at the age of 15, to 40 year old Joseph I Mauldin. It is not yet known when Joseph Mauldin died, but prior to the estate settlement of Nealie's grandfather Marcus's estate in 1895.


Nealie and Patterson show up in the 1900 census back in Rockingham, where she was born. Nealie was listed as a widow having had one child with one living, and Patterson's birthday was increased to June of 1888, three years ahead of his actual age, with his employment as "Farm Labor". These two had it hard in the early years.

By 1910, Nealie and Patterson had found employment with a bachelor farmer named Lewis Dawkins. Nealie was a housekeeper, and Patterson, a Hired Hand.  This is when their luck turned. But also, when they fell off the map of any prior research. They disappeared.

However, they did not die. I felt there was more to discover about these two, so I started looking at the employer, Lewis Dawkins. And found them.

Sure enough, Lewis and Nealie were married in 1913 and appear together as husband and wife not only in the 1920 census, but in numerous land records and transactions.

Patterson also found love and married in Rockingham in 1913, to a next door neighbor. Many land records mention the Richardson's as having property adjoining that of the Dawkins. But it was not Patterson Mauldin who married Flossie Richardson, it was Patterson Hudson.
Patterson gave his father's name as "Hudson" when he married 15 year old Flossie Richardson, and his mother as Nealie Dawkins and instigated two mysteries. One of these mysteries was cleared up when he married his second wife, Louella Harrington. He told who his real father was, and went by Hudson from there on. The other mystery was what happened between he and Flossie Richardson? She did not die, but went on to several marriages and a family of her own. Was their marriage annuled because of her age? So far, I've not been able to discover a divorce record, but one month later, in January of 1914, Patterson married Louella Harrington, who became the mother of his children, and named Marion Hudson, my GGG Uncle Marion, and a grandson of William Joshua Hudson, as his father. One month is no time for a divorce. There must have been some drama, some lack of parental permission from Flossie's end, or an annulment for some other reason, as one month is too quick for a divorce.
On his marriage record to Louella, Patterson's name is followed with Shepherd, his mother's maiden name, in parenthesis. Perhaps this nod toward his illegitimacy was the reason for his brief and quickly ended marriage to Flossie. Perhaps Frank Richardson did not approve of the marriage after finding out Patterson was the result of an adulterous affair. It seems likely that Joseph Mauldin was deceased prior to Patterson's birth. Marion Hudson was very solidly married to his wife Mary Rummage Hudson, and Patterson was born prior to his last son with her. Patterson is never seen as a Mauldin or a Shepherd again. He apparently cherished his father, and must have had a good relationship with him, as he named one of his own sons, Marion Morrison Hudson, Uncle Marion's full name.

Patterson's own entire name was "Marion Patterson Hudson", as we see in his death certificate. 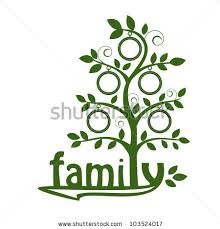 Posted by Jobs Children at 7:37 AM