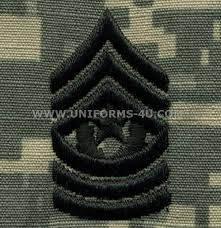 Sometimes, when looking for one thing, you come across something else. Recently I was searching for old newspapers from surrounding towns, prior to the first Stanly County newspaper coming into existence. One of the best of these is "The Carolina Watchman", out of  Salisbury, in Rowan, North Carolina. Salisbury was a very early town, in what was considered then, the western part of the state, the wilderness, so to speak, so she was a little head of the game when it came to civilization and newsprint. 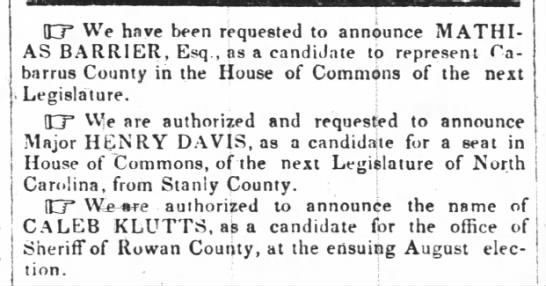 What a surprise to find this ad from the June 22, 1848 existence. In a moment, I knew it was my Great-Grandfather's Grandpa, Henry Davis, son of Job. However, I had never seen him referred to as "Major" and this was over a decade prior to "The War".

A little history, for those first stumbling upon this blog. Stanly County was not established until 1841, when she broke off of from Montgomery County, due to the problems and danger citizens encounter trying to cross the Yadkin-Pee Dee River trying to get to the Courthouse to conduct business. In her inception, Henry Davis was one of the founders of the early government, serving in several capacities, including Justice of the Peace, Jugdge and Ranger. Along with his brothers, his name shows up many times in the early records of the county. His younger brother, Edward Winfield Davis, served as the second sheriff and was the most prominent and legalistic of the Davis brothers. James M. and Marriott Freeman Davis show up occasionally, but not as much as Henry and E. W. and E. W. certainly had it nailed as the most active and recorded brother.

The following paragraph is from this link: http://www.carolana.com/NC/Counties/stanly_county_nc.html

What war or service could this ancestor of mine participated in to recieve the rank of Major? He was too young to have served in the war of 1812, and even his father, Job, was too young for Revolutionary War service. It would have had to been a position in a local militia, the Mexican War, or one of the Indian wars.

This calls for more research into the possibilities. Off in a new direction...in the meantime, I will be posting on information I have already dug up.

There are so many records I am waiting on to be delievered.

Posted by Jobs Children at 5:27 AM