Flossie Richardson Did Not Die

As another sun sets over the Yadkin, and its waters travel down to marry the Rocky and become the PeeDee, the lives of the many persons who traveled up and down her banks and traverses, became entangled, like the droplets of water themselves, all becoming one.

Rockingham is known in modern times for its raceway, "The Rock", made famous more by the movie "Days of Thunder", portraying her glory days of Nascar. 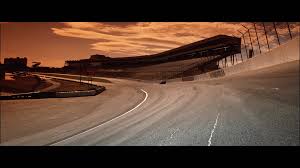 But in the latter half of the 19th Century, Rockingham and Richmond County proved more of draw from their mills and factories, pulling population in from up and down the Pee Dee River.

The search for Flossie Jane began with one document and the river.


What happened next, after that fateful day on December 3, 1913 is what makes this record such an interesting mystery.

My first thought when finding his two marriages, was that Flossie Richardson must have died. But she did not, she quickly married another man, lived a long life, moved to Albemarle and actually connects to my family tree.

Flossie was born during the season of ugly names, when folks were apt at taking the beautiful, classic names of the 18th and 19th centuries and turned them into shortened, demur versions or "nicknames" turned names. Flossie was originally the dimunitive of the name "Florence". It became very popular after the advent of the "Bobsy Twins". Flossie reminds me of the old children's tale, "Peter Cottontail", with his siblings, "Flopsy, Mopsy, Cottontail and Peter."

*Note: Due to the age difference, I believe Emma and Jeter were probably by E. F.'s first wife, Mary Ussery.

The Ussery's were also intermarried into both families, and both families seemed to travel back and forth between Stanly and Richmond counties quite freely. The Richardsons and Dawkins had both stumbled upon a fortune by owning farms just outside the early 20th century borders of the town of Rockingham, in Richmond County during the advent and growth of the Cotton Mill industry. People needed to live close to these factories, in order to make it to work for their shifts. No one owned cars. This was foot traffic. Like the Dawkins, the Richardson had also surveyed a portion of their farm into lots in which factory workers could live in small cottages on small lots of land, with a tiny garden patch and walk to work 5 or 6 days to work. Patterson and Flossie were probably not only neighbors, but "step-relatives" in a way, as Patterson went by the surname of Mauldin growing up. 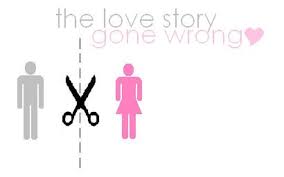 I do not know what happened between Patterson and Flossie. I do know there was no time for a divorce. Their marriage had to have been immediately annulled or either just simply ignored like it had never happened, but that would have made them both bigamists. I tend to think that something may have happened at the wedding, the marriage was never sanctified or consummated, and that the two youngsters had simply went to the courthouse with their parents, possibly, and had it dissolved.

The speed at which they both remarried tends to suggest that they both had other marriage partners lined up, other people that they were interested in. Perhaps because of the closeness of the land and families, that the union of Patterson and Flossie had not been one of love, but one of familial pressure. Maybe the families had forced the marriage, and both young people were so unhappy about it, they consented after the fact to then allow them both to marry for love. But this is just speculation.

The first child of Flossie and her first husband, Walter Stancill Cole, Sr. was Ella, born the day after Christmas in 1914, a full year after their marriage.

The first child of Patterson and Luella Harrington was Lewis Thomas Hudson, also born on December 26, 1914. What a coincidence for these two to have had their firstborn children on the same day. But it proves that neither party was expecting when the second marriages occurred, so that was not a factor. I simply believe that Patterson and Flossie were so close, perhaps like siblings in relationship, that they simply could not function as a married couple, or either that they married only under pressure from their families, and both were secretly, or obviously, in love with someone else. Patterson with Louella Harrington and Flossie with Walter Stancell "Joe" Cole.

So who was it that Flossie was in love with?

Walter Stancill Cole was born on June 5, 1896 to Eli Marshall Cole and Mary Lee Thomas Cole. At the age of 4, he lived in Montgomery County, North Carolina.

They would marry on December 22, 1913 in Richmond County, North Carolina. As before mentioned, their first child, Ella Lee Richardson Cole, was born a year later, on December 26, 1914. I am not sure why the surnames of both parents were included with her name. Perhaps some legal transaction concerning the two marriages in one month were still in limbo.

According to Ella's birth record, the young family was living in neighboring Scotland County in 1914. The poor little girl did not live long. She passed away of a digestive disorder in Laurenburg, Scotland County. Oddly, her grandfather, E. F. Richardson was the informant and the undertaker was "Walter Cole". Was her father also the undertaker?

The family was also living in Scotland County when the second child, James Edgar Cole, was born.


He was quickly followed by brothers Platt Dewitt Cole in 1918, Walter Stancill Cole, Jr. in 1919 and finally, sister Ruby Louise Cole in 1923.

The 1920 census finds Flossie back in Richmond County, living with her parents, and her two little boys. It was probable that her husband, who was a WWI vet, was on active duty at this time, and Ruby was born upon his return.

Walter Stancill Cole maintained a career in the military before settling back down in North Carolina with a second family. His divorce from Flossie may have been in effect before Ruby was born, and he remarried his second wife, Bertha, in 1931, while stationed in Virginia. But things were not that simple for Flossie Jane. Oh, No, not simple at all.

The 1930 census finds Flossie living in Stanly County. The family is located in the Harris District, which is in Northeast Stanly County.  Walter, Jr., Platt and Ruby, are mistakenly listed as Hathcock in this his, hers and theirs family. Lonnie, Robert, Raeford and Nellie are Millard's children by his first marriage. Then Blanche and  Millard Frank are Millard Fillmore and Flossie's children together. Daisy M. Hathcock, listed at the bottom, is also Millard's by his first wife, Helen.

The 1940 census finds the family still in Harris. It was difficult to find due to the nearly illegible handwriting of the census taker. And it presents a bit of a mystery.

The "Huthbeers" are really the Hathcocks. Millard T. is Millard F. and Clossie is obviously Flossie. Daisy is Millard's oldest daughter Daisy, Rasford is Raeford and Nells is Nellie. Ruby is Ruby Cole, but then there is Brant, who is listed as a male. Then Frank (Millard Frank), Bain (Donald Bain) has joined the family along with Carl (Carl Phillmore Hathcock), and Iney is actually the Rev. Ivey Richard Hathcock. Robert is Robert Lee Hathcock, Millard's  son and "Baisy" is Robert's wife Daisy.

There are no records of any kind concerning Millard and Flossie having a son "Brant" or "Brantley". There is that birth record of a child being born in 1926, but no further record of that child. While it says "10" on the transcription, the ages for "Brant" and Ruby on the actual form look more like 15 and 17. The piece of the puzzle missing is Blanche. Her future husband Adam Claude Hinson, is securely recorded as living with his parents, age 18.


Taking my best guess, I would say the census taker got more than her name wrong in the 1940 census, and also wrong on her gender. Brant is probably Blanche, as Blanche is missing and there was no child called Brant. If so, he should have also showed up in the 1930 census, being older than Frank, and he did not.

Both Flossie and Millard had been the parents of 5 children each coming into the relationship, but of course, Flossie's first daughter had died.

The children of Millard Fillmore Hathcock and his first wife Helen Sanders were:

The children of Flossie Jane Richardson and Waler Stancell Cole, Sr. were:

Wednesday, August 10, 2011 — Mrs. Ruby Cole Barbee, age 87, of 315 Park Ridge Road, Albemarle, died at 7:22 p.m. Sunday, Aug. 7, 2011 in Spring Arbor of Albemarle. Her graveside service will be at 10 a.m. Wednesday, Aug. 10 in Stanly Gardens of Memory, Albemarle. Born November 3, 1923 in Stanly County, she was the daughter of the late Millard Filmore and Flossie Richardson Hathcock. Mrs. Barbee was a retired employee of American and Efird Mills and was a member of East Albemarle Church of God. In her later years, she was a caregiver working with many of the elderly in the community. She was married to the late Rayvon Barbee, who preceded her in death December 30, 1991. One son, Thomas Ray Barbee, also preceded her in death. Survivors include one son, Paul E. Barbee and wife Deanna of Albemarle; two daughters, Deloris B. Cody and husband Dewayne of Richfield and Doris B. Herlocker of Albemarle; one sister, Blanch Hinson of New London; seven grandchildren; and 13 great-grandchildren. Friends may pay their respects at Stanly Funeral Home anytime between the hours of noon-8 p.m. on Tuesday, Aug. 9. The family requests in lieu of flowers that memorials may be made to Hospice of Stanly County, 960 N. First St., Albemarle, NC 28001. Stanly Funeral Home is serving the family.
Children of Flossie Richardson and Millard Fillmore Hathcock were:
Blanche Ella Hathcock b 1924 married Adam Claude Hinson
Millard Frank Hathcock b 12 Sept 1929 - 14 Apr 1990 married Patsy Delphia Cranford.
Donald Bain Hathcock b 31 July 1931 - 8 Nov 2007 married Pauline Burleson, Betty Sue Drye
Carl Phillmore Hathcock b 6 Aug 1933 - 13 Dec 2010 married Edith Coble
Ivey Richard Hathcock b 14 Aug 1937 - 31 Mar 1994 married Virginia Lilly Miller.

Of course, Flossie Jane Richardson Cole Hathcock eventually did die. Preceded in death a few years by husband Millard, Flossie was laid to rest on November 8, 1971.

Link to the Obituary of Millard Fillmore Hathcock


She is buried at the Palestine Cemetery near Albemarle, North Carolina. 
Flossie Richardson did die, but not in 1913. She lived a long and full life. This first cousin of my Grandmother, has many descendants today. What happened between her and first husband Patterson Hudson and second husband Walter S. Cole can only be guessed upon, but Flossie was not afraid to move on with her life and that she did.
Posted by Jobs Children at 9:34 AM