This Land is My Land: The Irrepressible Nealie Shepherd Part II 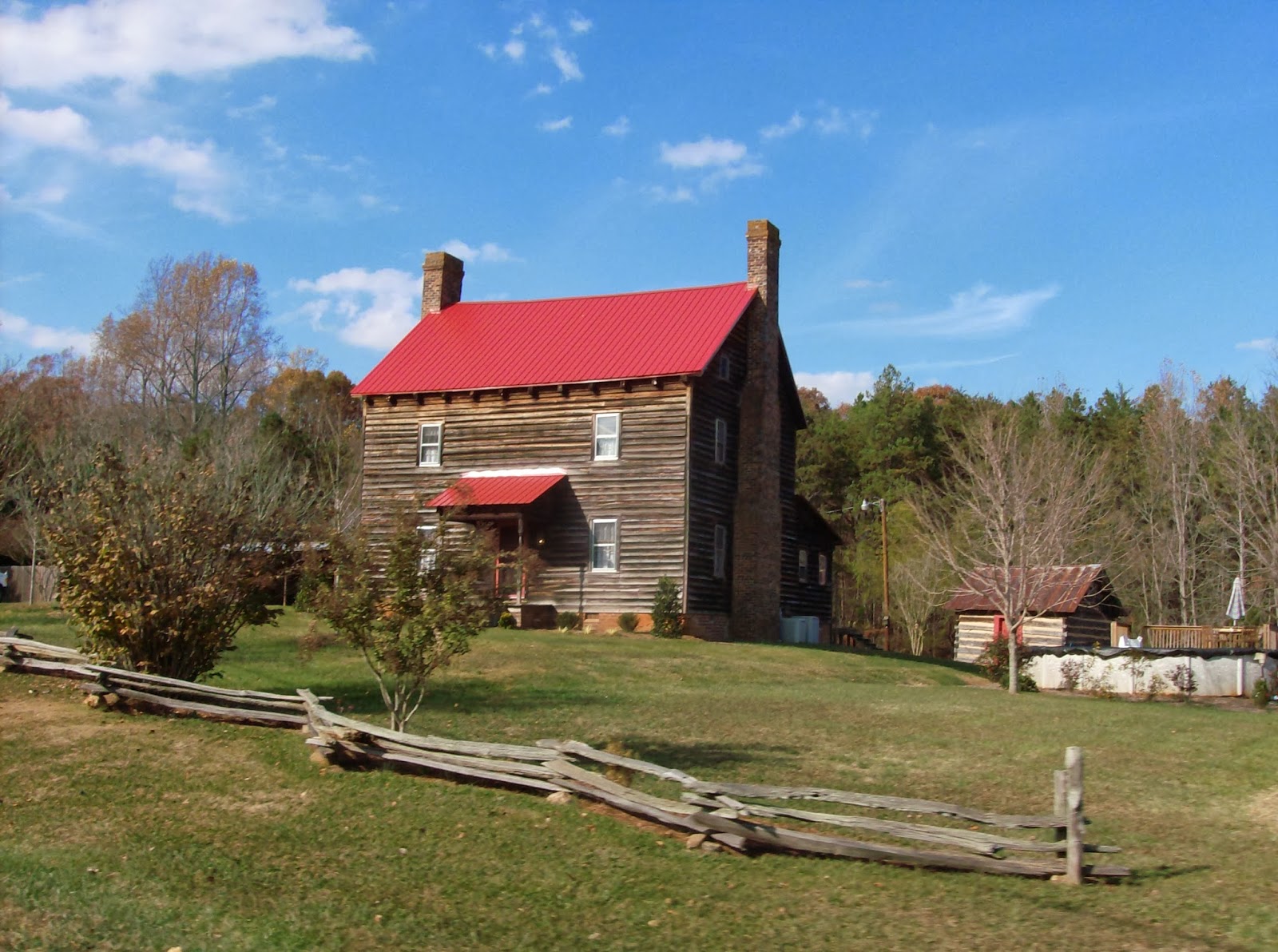 North Carolina is a beautiful and historic state. The rolling hills and multiple rivers and streams of the land between the Yadkin and Catawba afforded its early citizens a workable way of life. By the early twentieth century, however, farms had been divided and subdivided to a point wherein not everyone could own their own.

Lundy Cornelia Shepherd was a woman born into the South during the devasting and deadly years of reconstruction. After the death of her mother, she and her brother, who were born in Richmond County, came to Stanly County to live with her aging maternal grandparents, Marcus P Carter and wife Nancy.

The grandparents did not live until the children were grown, however, and Tom Shepherd was left to try and survive on his own, begging work and board from neighboring farmers, and local business people, in order to survive. Imagine how much harder it must have been for his younger sister.

In 1887, Nealy whose age was given at 18 at the time, married a 40 year old bachelor, Joseph I Mauldin. I am very much a Mauldin, my maternal grandmother being one, and both of her parents being Mauldins. Joseph seemed to have led a pretty quite existence. He did not make many waves. 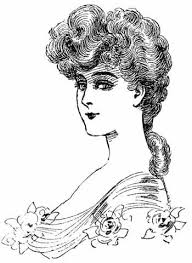 Nealie's age seemed to change to suit her purposes in every record. In the first census she shows up in, 1880, her age is given as 8, birth year 1872. On her marriage license in 1887, it is given as 18, which would have given her a birth year of  1869. As she did not appear in the 1870 census, and was not yet born, I believe her age was elevated in the instance to suit the purposes of her being a bride. She was more likely about 14 or 15. Her second census, as the 1890 is forever lost, was in 1900, where she is listed as 25, with an 11 year old son, and a birth year of 1874. Her son Patterson, in records, steadfastly has a birth year of 1891, from military records, marriage licenses to death certificate and tombstone. He should have been about 9.

Lewis did not live until the next census, passing away in 1927 with an age of 79 on his death certificate, so he got a little younger before his death, only aging 2 years in 7 years time. On the 1930 census, however, Nealie is living with her son and his family, and is 58, corresponding with a birth year of 1872 on the 1880 and 1920 censuses.


The last available census is that of 1940. In it, Nealie is now 68, which is right on target with a birth year of 1872, and living with her is her oldest grandson, Louis Hudson, probably named for his generous step-grandfather, Lewis (sometimes seen as Louis) Dawkins. This census infers that she was a simple laundress and that she worked 32 hours a week, 52 weeks a year, and I don't doubt she was taking in laundry. Nealie was a smart, insightful and opportunistic individual. The previous census records revealed that she could read and write. She was proud of that and never denied it. On this one, she claims to have only made it to the second grade. School must have been the one on Stony Hill, nearest to her grandfather, Marcus Carter's place.

Her grandson Louis is a welder, and a widow next door, (in a house that Nealie owned, by the way, Fannie Hinson, was also a laundress. 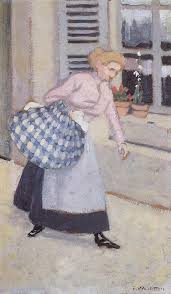 The 1940 census tells us the family lived on an "extention of North Lee Street or HoneyTown".

John Dubose, a Rockingham native who moved to Florida, shared the following photo in his "Collection of Memories"


What the census records fail to reveal, was that Nealie was more than a simple laundress, she was also a land barren, a wheeler-dealer, perhaps a bit manipulative and very ambitious. She went to work as a housekeeper for Mr. Lewis Dawkins, who had a piece of land. Factories were growing up on either side of his property, and she Nealie was the one who obviously saw an opportunity and took it. Lewis owned the property in the beginning, but later turned it all over to Nealie. The most telling document was this one"


The Lewis Dawkins farm was located just west of the turn-of-the-century town limits of Rockingham. There were two roads that either ran along side his property or through it. One was called "The Rockingham -Wadesboro Road, and passed by the Great Falls Factory. The other was called "The Blewitt Falls Road" and passed by the Pee Dee Manufacturing Company. Lewis Dawkins and Nealie , also either owned or purchased property in Longwood Park, in Hamlet, as that is mentioned as well.

Shortly before 1920, Lewis and Nealie probably saw the value in families wanting to settle near the growing factories, to be able to walk to work. They hired a surveryor named J. V. Thrower to stake their property into Blocks and Lots. Other parts were left wooded and the timber rights sold. Lewis and Nealie, themselves, mortaged some of the property, and sold other tracts. Some of the mortgages fell through and so they were selling the same lots over and over, each time with a considerable profit due to the rising cost of real esate. Patterson and wife Louella continued the same course in a smaller way than Nealie, afterwards.

Listed below are some of the transactions found involving Lewis and Nealie, Patterson and wife Louella, as grantees, grantors, or mortgages lent.

The records begin in Stanly County, after the death of Marcus P Carter, and the settlement of his estate. W. W Kearns, husband of Lucy Carter and son-in-law of Marcus Carter, bought the undivided interest in the property from the other heirs. Thomas Shepherd, undoubtedly kept some portion of the land, or either bought it back.

The cemetery and lands of Marcus Carter were in between McNeil Road and Indian Mound Road, near the Pee Dee River.

On Lewis Dawkins part, he shows up pre-Nealie in the land records in a transaction on April 25, 1896, purchasing a tract of land from Solomon Ford, of Richmond County and N. A. and Elizabeth Harmon, of Guilford County. The tract was "on the waters of Naked Creek" and adjoining the Pee Dee River and the Ingram estate, near a "Boswick's Mill."

On the 10th Day of December, 1912, not long before he married Nealie, Lewis Dawkins purchased property from E. F. Richardson and his wife Lula, that ran the "edge of the road from Rockingham, NC via Great Falls Factory, to a spring at the head of the Dawkins Spring Branch. This may have been property that had been in his family for a long time, as the spring bore his surname.

From then onward, all the transactions involving Lewis bore both his name and Nealie's, or just Nealie's alone, before and after his decease. 1920 and 1921 were the big action years. The years Nealie decided to turn this farm into a development, and she became a real estate wizard, basically creating her own Mill Hill, and leaving this earth in a much better financial situation than she had been born into.

A view of Dawkins Street in Rockingham, North Carolina

Also in 1921, 24 more transactions, involving Lewis and Nealie and the following individuals: J. F. Swink, T. R. Nichols, Willis A. McIntyre, John R. Lavin, Lorena Barrington, Nancy L Hinson, B C Ussery, Will Long, W. A. McDonnell, H. T. Allen, and D. A. McSwain, among others. There are so many, I've grown tired of typing.


1922 Nealy to J B & Bell Richardson, land in West Rockingham, intersecting with road from said town (Rockingham) by way of Pee Dee Cotton Mill, No 2. and public road leading west by way of Great Falls Cotton Mill...Lot 4 in Block D of Richardson Development, being present homeplace of J. B Richardson and family.
1922- Nov. 13 Carolina Land and Exchange Co., Principal Office in Forsyth County, to Lewis and Nealia Dawkins for $1620 land in Rockingham Township adj. Lewis Dawkins and others.  Lots 1 - 4, Block A  of the Lewis Dawkins Development, surveyed and made by J. L. Thrower Sept 15, 1914 (note: Lewis and Nealie were married in 1913).

1927 Nealie to Carolina Land and Exchange

19 Feb 1965 Patterson and Loella Hudson Lot 5 Block a of the Dawkins Development same conveyed to them by Boyce and Lenna Martin on Dec. 21, 1953 to Willie and Bettie Tyne.

2 Feb 1967 Luella as trustee for New Hope to Ollie Mae Maske Lot 9 and part of Lot 8 Block A of the Dawkins Development.

1969 May 20 Louella H. Hudson to John Calvin Hudson (subject to a life estate reserved by grantor) Lot 5 in Block A of the Dawkins Development, the same property conveyed to Patterson and Louella by Willie E. and Bettie C Tyner. "Patterson is now deceased and Luella reserves and excepts to herself a life estate in said property".

Could this early deed have been related to how Nealie met her "Sugar Daddy", Mr. Lewis Dawkins, who was a simple farmer until Lundy Cornelia Shepherd Mauldin came into his life?

82-99 J. R. Sheppard  (related?) from Lewis Dawkins and wife adjoining J B Richardson and John McNair for $300 Lot 5 of the W. S. Thomas lands via Great Falls Factory to a sping at the head of Dawkins Spring Branch.  One acre more or less.

Nealie became a supreme land baroness, an orphaned girl who came from nothing. She saw opportunities and she took advantage of them. The Irreprssible Nealie Shepherd Mauldin Dawkins.

Posted by Jobs Children at 6:14 AM