An interesting find in Salisbury.

While in Salisbury, North Carolina, researching members of the Melton/Milton family who had moved there from Stanly County, and the Solomons, to whom they were connected, I found an interesting land document dated 1905, involving Solomons, and Howells, whom I have researched until throwing my hands up in frustration with for awhile, as they named too many of their boys "John". I have grown to despise the name John, among others. It's become  non- nominal. It's like saying 'seek the ocean to find a drop of water, just one, that is called "drop".

But this is not about my frustrations over the name John, but instead, this document, which mentions land in both Rowan and Stanly and lots in both Salisbury and Albemarle. 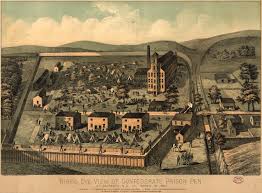 Salisbury is an ancient town, as far a central North Carolina goes, one of the oldest in what was considered the untamed west of the Carolina Piedmont/Foothills region. It sprang up near the Yadkin, close enough for access, and far enough to avoid the plagues that were associated with rivers and water and swamps and the like. The document was on page 190 in the deed books for that year.

So, who were they is the first question, before I get into the hereforetos and  plats and stakes and etc.s

Charles B Howell and wife Leslie can be found 221 North Main Street Salisbury/Spencer in the 1913 City Directory of Salisbury. He is a machinist.

Prior to that, in 1910, the family is living in Charlotte. Charles B Howell is listed as a machinist for the Railroad, his wife is reveled to have the first name of Pinkie, as in Pinkie L. Howell, and they have had two children, being a son, Leslie Conza Howell and a daughter, Elsie Marshall Howell.

Spencer and Salisbury were major Railroad hubs during the area, and a big part of the growth of North Carolina industry during the early part of the Twentieth century. It appears Mr. Charles B Howell and his family benefited from the Railroad Industry. But he was not a happy man.

His death certificate reveals that he drowned in 1914 and that his death was ruled suicide. He was the son of Kern Howell and Fanny Austin. Austin was a big Stanly County name and as much of the property involved was in Stanly County, perhaps Kern and Fanny lived there.

A search of the next name on the list brings up a 1900 census listing of everyone involved in the deed living together. The mother of siblings Charlie, Patrick, Jessie and James V. Howell is Julia F. Howell. How much do you want to bet the "F" stood for Frances, or for short, Fanny?
The identity of the Solomon's, thoroughly misspelled as "Sollamon", is also revealed as Cora M. is her daughter, James N. her son-in-law and Claudie (Claudia Lucille as it turns out) and James, are her grandchildren.

In 1910, Jessie Howell has married a Cotton and Julia F. is still living, so why the dispersement of lands? Julia Frances Austin Howell is buried in the Old Albemarle Cemetery, between PeeDee Avenue and East Main Street in Albemarle, so likely, she was a native of Stanly County.

And the Solomons?
Young James filed a delayed birth certificate revealing himself to be the son of James Nathaniel Solomon, Sr. and Cora Howell.

He and Cora Louise Howell have 2 more daughters, Dorothy and Gertrude,  after James, and move to Virginia, during his military career.
His father William R. Solomon, was a Civil War soldier born in Mecklenburg County. Was there a connection to my Stanly County Solomon's? I do not know right now.

William and his siblings were the children of Drury Solomon, born about 1790 in Virginia and his wife Eleanor Killough, who were married in Cabarrus County, North Carolina in 1830. A quick look into a file of old Solomon records researched by Daniel L Worth reveals that he most likely was, but distant. 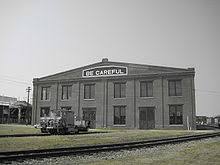 Now, to the document.

Saving you, the reader from all the "of the first parts", etc. the following is excerpts, with the juice: persons and locations.

"1) One tract on the S. E. side of Main Street, in the City of Salisbury, commencing in the middle of an alley....Goodmans line....S. W. with Main Street....Swink and Thomasson's old line, now Johnston, Vanderford and McCubbins....D. A. Goodmans line..."

2) A house and lot in the town of Albemarle, Stanly County, on the west side of Main Street, and designated on the Plat of said town as Lot number Ten (10), said Lot being sold by order of the Superior Court of  Stanly in the suit of Julia F. Howell, widow, Charles B Howell, against Jessie Howell and others and the proceeds thereof converted into money.
3) Two tracts in Stanly County a) ....Carter and Mabry's corner, Burrages' corner, (mentions a white oak, black oak, a maple and a couple of sweet gum trees). B) East edge of the Salisbury Rd...W. E. Whitley's line, Mrs. Irving Swaringen's corner, (mentions a stump, a Spanish Oak, a branch or drain, adjoining W. E. Whitley, A. C. Mabry, Margaret Rummage, now in the hands of Rufus A. Crowell, Clerk of the Supreme Court of Stanly County...contingent and depending upon both the parties of the second part dying and leaving no issue. See Will of Cora M. Solomon, mother of the parties of the second part dated June 8, 1901, and recorded in Will Book number 3, page 478, December 7, 1901. see also deeds from M. B. Howell (1) one from Joseph Marshall and wife dated Nov 5, 1870, registered in Book no 7 page 146, Stanly County (2) Another from M. S. Holmes, dated March 8th, 1888, registered on Book no. 72 (Rowan County) pg 11 - (3) a third from R. S.  Crowell and wife, dated Dec. 21, 1885, registered in Book no 15, p 439 Stanly County.

If anyone knows this family or the exact location of the property in Albemarle mentioned, leave a comment.