Tying all of the individuals from a small local family together is like a puzzle that wants to be assembled. To do so, one must gather all of the evidence possible, see what fits and what doesn't, then try to make sense of it all. Some mysteries will never be solved. Others are just waiting to be discovered.

Looking at the Melton/Milton family in the 1850 and 1860 census records, and then comparing that to the land records and court records, you can see a few possibilities begin to take shape. Some individuals that show up in one record, do not in another, that is why I've decided to put these two together and then, by using information in the deeds and court proceedings, try to identify the individuals in the census records.

Census records do not show an exact layout of a community as we do not know the path of the enumerator or the way the residences were situated. They can, however, be taken as general proximity.

Note: There were several Melton children living with various families near other members of the Melton family. I am looking into the possibility that they were siblings of deceased parents related to the other Meltons.

next to Lydia Brown 28

1850 Gold Hill, Rowan, NC
Harris Milton 26  This couple is mentioned in a Superior Court case in Stanly County that makes the history
Ann Bird 28         books. At the time they are in Stanly County/ 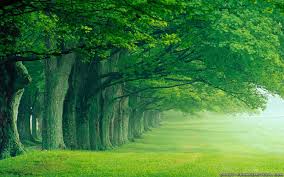 1850 Montgomery County  Joseph Melton and family have to be included in the Stanly County listing although they lived in Montgomery County. Joseph was a son of John Melton, Sr. and Margaret Wilkenson. He lived just across the PeeDee River from what was then Allenton and today is near present day Norwood, in between there and Mount Gilead.

Joseph D Melton and older son Green are MIA for this census. He remarries to Mary Ann "Polly" Solomon in 1868. Both Joe and his sons Green Jackson Melton and Atlas serve in the Civil War.

Posted by Jobs Children at 4:04 AM