The Quick and Unfortunate Life of Chester Melton

The Greensboro article states, " A fourth pardon goes to Chester Melton, convicted in Stanly County of assault with a deadly weapon and sentenced to eight months on the roads. Melton is 15 and was sentenced in July, and new evidence discovered since the trial seems to establish the innocence of the boy." Greensboro Daily News,  Sunday, August 31, 1913.

Who was Chester Melton of Stanly County? What did he do and how is he tied in to the rest of the Meltons?

The only record of young Chester, was as the nephew of Archie Melton of Albemarle, living with Arch and wife Lundy as a child. He appears in the 1900 and 1910 census records. 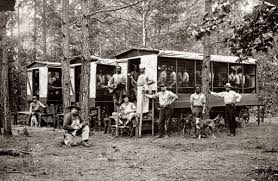 Was Chester vindicated or did the young man die on the chain gang? More research may or may not tell. His story may be one of the many that evaporated away.

Was he tied in to the Melton family of Stanly County? Yes, as a nephew of Arch Melton, he was.

Arch Melton was a son of Charlotte Melton and a mystery many "Arving" or "Orange" Calloway.