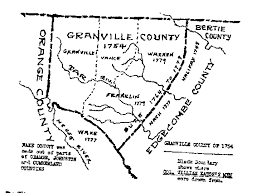 Granville County, North Carolina was one of the main stepping stones for families that originated in Virginia and ended up in the Cabarrus/Stanly/Montgomery/Anson County area of North Carolina, and to points beyond. It's one of the Northernmost counties, without being coastal, and borders Virginia.

It was named for John Carteret, Earl of Granville, who had ownership and control of massive sections of land along the Yadkin and Peedee Rivers and their contributaries, and most of the land transactions of the early settlers in this area involved Lord Granville and his grants.

Situated directly under Mecklenburg County, Virginia, where a good number of my ancestors were born, old roads led through Granville, which was populated first, into the southwest regions beyond. 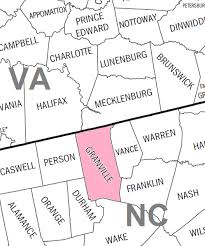 But like other counties, land was bought up and opportunites led elsewhere, and for John Melton, Sr., that elsewhere became the section of Montgomery County, North Carolina, along the Yadkin/PeeDee River just below its confluence with the Uwharrie  River and above its fork with the Rocky River, on the West Bank, that would become Stanly County.

John Melton, Sr. appears to be the first of his brothers to settle in this area.

But back to Granville:

Starting with the Tax Lists:

July 31, 1762. The foregoing is a Just List of those persons whom I have Summond in Island Creek District to give in their List of Tax for the year 1762, David Clanton, Constable 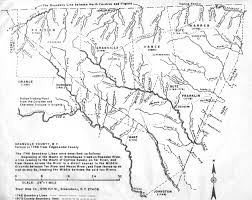 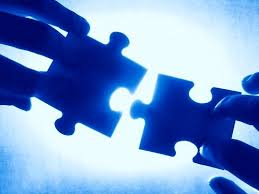 After these land records, I'm including a series of court records that piece together the family of John Melton, who settled in Montgomery County, and his siblings.

August Term, 1830 Petition of David Harris and wife Sarah, Stephen Sandford and wife Catherine, Ezekial Jackson and wife Susanna, James Melton, John Melton,  Pomfret Melton, Henry Melton, James Currin and wife Lucy, Michael Hester and his children: Sally, Henry, Stephen, James, John, Nancy; John Lile and his wife Agnes; William Johnson and his wife Elizabeth, Julius Strickland and wife Ritter; David S. Young and Demetrius Young against Jeremiah Fraizer and his children states that Stephen Melton died in 1828 without leaving any children and had at time of death 513 acres of land after all the widow's dower had been laid off, and they are brothers and sisters,nieces and nephews of said Melton. Jeremiah Frazier married Elizabeth, a sister of Stephen Melton, and had a number of children besides Lucy Currin, who resides with her father outside the State, and Elizabeth Fraizer, their mother, is dead.  They ask that Jeremiah Frazier be notified and ask division of the land. David S. Young has bought the shares of Stephen Sandford and wife and of John Melton; he is due a part since he is descended from Jeremiah Frazier or thru his wife. The land was surveyed and divided but since the names of the children of Elizabeth Melton Frazier cannot be learned, then David Young and Demetrius Young are given the share that would have gone to Elizabeth had she lived.

Feb 2, 1783 proved May court 1794 - Henry Melton (Milton) wills to wife all estate real and personal as long as she is my widow and then, in that case, to all my children. Exrs. Wife 'Hagia" and Thomas Hicks or Ricks. Witnesses: John Evans, Bar Wright, Alin Grissum.

Sept. 10, 1822 - proved Feb. court 1823 - John Sears wills to wife Violette the plantation whereon I live and all rest of my property for her lifetime' to son John, after death of my wife, the plantation whereon I now live' all perishable goods, household and kitchen furniture be sold and divided between Anne Barnett, Agnes Milton,  William Sears, May Grisham, Elizabeth Harris and Sarah Hester; to the children of Temperance Hicks, an equal share in all perishable goods, household and kitchen furniture and tools; to Temperance Hicks, $1.00 Exr. John Sears, Sr.  Wts. James Ellis, Richard U. Lemay. Marriages of Meltons and other involved parties: All Granville County, North Carolina unless otherwise noted.

4 Feb 1805 Sandford, Stephen & Catherine Melton (it was noted that she was the sister of Stephen Melton). Logostine Pettypool, bondsman.

18 Jul 1805 Pettypool, Logustin & Letty Wilkerson (short for Letitia), Thomas Knotts, bondsman. (As Logustin Pettypool was very involved with the Melton family, I've included this one marriage. He was the brother of Sarah Pettypool Wilkerson, mother of Margaret (Peggy) who married John Melton.

25 Dec 1810 Melton, John & Margaret Wilkerson, David Harris bondsman. (This is John 'of Montgomery, from whom most of the Stanly County Meltons are descended, along with the descendants of his daughters Nancy Melton Hinson, Sarah Melton Hutson, Mary Melton, and Frances Melton Lilly.

2 Dec 1816 Halliburton, John & Lydia Puryear, Stephen Melton, bondsman, Step. K Sneed witness. (Stephen must have stayed in town for these two weddings, his little sister and then his sister-in-law. Lydia was his wife Elizabeth's sister.)


In the next installation corcerning the early Melton's, I will be doing a timeline and tying all of these facts together.