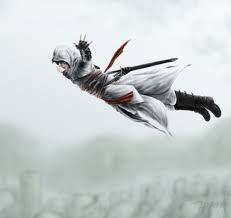 I love it when an theory pans out. Sometimes, you just have to "take that leap".
I spent a few hours in the library today doing research. I've found the origins of  John Melton, Sr. who is in the early "West Pee Dee, Montgomery County" census and tax records of Stanly County. I found a James in early land records, as there was no 1820 census, who had disappeared before 1830. A "Betsy" Melton appears, however, with a houseful of people, in 1830 and 1840. She also disappears before 1850. Left instead, are unattached children. I discovered James was the brother of John, and found a marriage record for him in Granville County. Then there is Joseph Melton, Sr. He was not the father of Joseph Melton, Jr. John Sr. was. He may, however, been the father of John Melton, Jr. and perhaps James R. Melton. That, I am working on.

The Meltons seemed to have a close bond with a number of families, the Solomons being one of them. There was a James Solomon who fought in the Civil War and had a wife named Frances or Fanny, in particular, who had a close relationship with the Meltons.

The Solomons came here from Franklin County, North Carolina origins. There was Bennett, Goodwin and William. I descend directly from William. There were also younger versions of these 3, and some who migrated to Tennessee. It is well-documented that Bennett married Ava McGregor, the daughter of the Rev. Willaim McGregor from whom the infamous Dr. F J Kron of Prussia purchased his home. Rev. McGregor founded a very early church in the area of the current Morrow Mountain State Park called "The Mouth of the Uwharrie". Rev. McGregor is supposedly buried near there, within the park and his daughter Ava McGregor Solomon migrated to Tennessee.

Some of the Meltons also migrated to Tennesee, and at this point, it is difficult to pinpoint who belongs to whom. I found a bit of information at the library, however. I discovered who Joseph Melton married. I found a listing of a bond in Franklin County in 1796 for Joseph Melton to an Abigail Bass. When I went to search for this couple on Ancestry.com, the bondsman was also listed: Goodwin Solomon. I know Goodwin Solomon was here during the first half of the 19th century. Joseph Melton, Sr. must have migrated with the Solomon brothers.

Now to find out who Joseph and Abigail's parents were. Was either of them related to the Solomons? And how was Joseph Melton related to John and James Melton, if at all?

There were other familiar names that later appear in local records and family trees. John Norwood. Presley Nelms. And those Wilkersons....

Another bit of information was the history of the Franklin County Bass family, and it may clear the fog on the Native American connection and the (M) labeled members of the family.

Posted by Jobs Children at 5:29 PM