The Father of Rowena Lee Davis 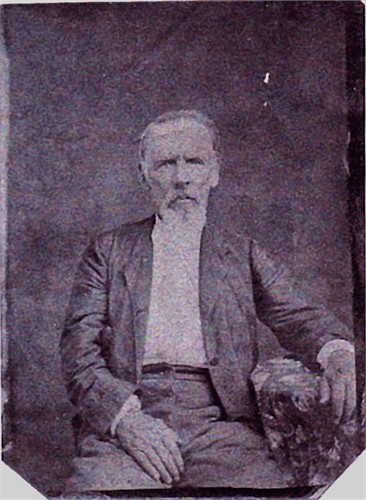 I had made the mistake earlier in my research of the Davis family, of accepting already existing research as fact.

As Rowena Lee had married into the Davis family, with James M. Davis, the brother of my 3rd Great-Grandfather, Henry Davis, both sons of Job, and she was not a direct ancestor in my family tree, I had no reason to research further and had just accepted the popular opinion that she was the daughter of the renown "Rocky River Bill" aka William Lee.

However, this was wrong.

Stretching out my research of the Davis family has helped a great deal. My first discovery was the land left to Eliza Jane Davis from John Lee and witnessed by another Davis brother, E. W.

The Mystery of Eliza Jane Davis

I knew this girl had to be a member of the family and sought to determine exactly who she was. I determined that she was the oldest daughter of James and Rowena Davis.

While that document did not clarify the relationship between John and Eliza Jane, another I have discovered has. Certainly great-uncles and even complete strangers can transfer 'property' to someone, but between a Grandfather and Grandchild makes much more sense.

And he was her Grandfather. While Rocky River Bill and John Lee were certainly from the same 'set' of Lees. Brothers, I believe, John Lee was the father of Rowena Lee Davis. The will of James Lee mentions a grand-daughter named Rowena, but that Rowena was a good generation or two younger than our Rowena.

The document that proves this is from the Stanly County, North Carolina Register of Deeds, dated February 27, 1851.

As distasteful as this document is, is it still a document of historical fact, and shows that John Lee was the father of Rowena Lee Davis, not his kinsman and probable brother, Willilam Lee. The following is a link to the will of Robert Lee, who mentions his beloved brother John Lee, as well as sons John and William, among others. As this will is from 1766, the John Lee above, father of Rowena was most likely John the son, not John the brother. John is such a common name as to be most annoying while doing research. There were far too many of them.

Will of Robert Lee from Angelfire, Benjamin Thomas research

These early families from the Rocky River are rampant through the blood of current generations of this area. If anyone knows more on the illusive Lee and Randle families of Virginia and then Anson and Montgomery Counties, please contact me.

Posted by Jobs Children at 2:57 AM