Untangling the Melton's Pt I 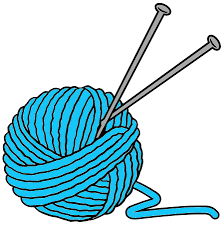 In attempting to discover what became of the children from Stanly County born in "Shades of Gray", first, I wanted to find out who they were exactly. Who were their mothers, and how were the persons of the same surname,  and the men they were bound to, connected to the children or their mothers.

The first family I am looking into is the Meltons or Miltons. The name is shown inter-changeably in records.

The Meltons in Stanly County were a singular family. Land transactions have helped to connect a few of them together. They seem to have been a small family in the beginning, related to the Lees, Boysworths, Kirks and Perry's, with overlapping generations. A few of the Melton brothers, as in the comparable Murray family, seemed to have been dominant, Henry H. and David.

I started with the court records that listed the children. These are the children listed and any adults associated with them.
1841
-Allen Melton, age 18, bound to William Boysworth until 21.
- Robert, son of Polly Melton, brought to court to be bound.
-Elbert, son of Charlotte Melton, brought to court to be bound.
1845 Elisah H Milton bound to William Boysworth.
1846 Mary Caroline Milton bound to Benjamin L. Whitley until age 18.
Margaret Melton bound to John Perry until age 18.
1850 George Milton age 7, living with James Hinson and Nancy Milton Hinson.
1847 Henry Melton bound to John Perry.

There were several instances of Melton's or Milton's being called for jury duty or serving as bondsmen.
These adult Milton's were as follows: David, William, Robert, Joseph, James R., John Sr., John Jr. and Henry H or H. H.

The Stanly County Register of Deeds office also offered a great source of information on the Meltons. Some transactions seemed to be regular sales or transfers of land from neighbor to neighbor, or a sale to move. Others offered indication of relationship, especially creating a list of  the 'heirs of John Melton'.

-Feb.  1, 1847 Joseph Melton to David and William Melton, land on Mountain Creek, "which is the lands of John Melton, Sr., deceased and Joseph being lawful heir of deceased." 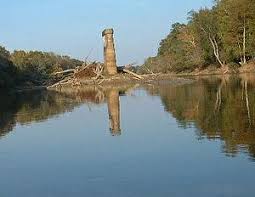 -Feb 20, 1846 James Hinson and Nancy Hinson to David Melton and William Melton "which are part of lands of John Milton, Sr. being heirs of John Melton". ..being located on Mountain Creek.

In the marriage records, most of the marriages are of members of the younger generation, children of the adults mentioned in the court records. The court records and deeds seem to indicate a Mr. John Melton Sr., who had the following heirs: John, Jr.,  Joseph, James R., Henry H., David, William, Mary and Nancy Hinson. A Robert was named as the son of Polly in the P's and Q's. The Robert mentioned in the land records could have been a different Robert, or the same. Polly was a nickname for Mary in those days, so the Mary, heir of John Melton Sr., was probably the Polly, mother of Robert. Next I'll look at the census records and see if they can pull some things together.

Posted by Jobs Children at 4:39 AM