The Moods and Mores of Henry Davis

Henry Davis was the Grandfather of my Great-Grandfather, William Hampton Davis. He was also the oldest son of Job Davis. He was a man of many moods and many stories. We have little actual documentation with which to make a conjecture on the why he was the way he was, just documentation of his deeds, and old family stories passed down concerning his behavior.

What is evident about Henry is that he was had a big personality and something changed drastically in his life and in his mind, between 1842 and 1862.


Henry Davis was born in 1806 on the Davis plantation along the Rocky River below Cottonville, Stanly County, NC. The plantation was part of the old Winfield plantation, his mother Sarah's share of it, and Job, his father, had added to it with grants and purchases over the years. Deeds and other documents show a Ford across the river at the southernmost end of the plantation, a border along Rocky River Springs, a Gold mine on the property, and a mill.

Henry was Job's oldest son, but the fifth child of his mother. Little is known of his character and comings and goings until Stanly County was established in 1842, and Henry shows up in the very first lines of records.

One mention of Henry prior to this date is in the records of Cabarrus County, North Carolina and the establishment of Olivet United Methodist Church. The Davis's and connecting families, Howells, Winfields, Floyds etc., were all members of the Methodist Episcopal Church. The 1833 document in which Elizabeth Patterson transfers title of a piece of property to the Trustees of the Methodist Episcopal Church of Montgomery County, NC, list Henry Davis as a Trustee. He would have been 27 years of age. What is now Stanly, was part of Montgomery County between 1799-1842. Prior to that, it was part of Anson.

The following is an excerpt from the History of Mt. Olivet United Methodist Church "The Coming of the Methodists"

On 8 August 1833, Elizabeth Patterson transferred five acres of land to a number of Trustees prominent in Stanly County Methodism: “Wyatt Randle, Benjamin Hinkle, Henry Davis, Allen Huckaby, Edwin C. Smith, James Barker, Donald McMichan, William Caswell, Trustees of the Methodist Episcopal Church Trustees in trust all of the County of Montgomery . . . .” (Cabarrus County Deed Book 14 at page 53)  Curiously, Elizabeth Patterson conveyed the same property again in 1858 to Trustees of the Methodist Episcopal Church, South, and referred to the church as Union Meeting House.  The conveyance might be explained by the 1844 division of the Methodist Church over the slavery issue into a northern and southern church.  The church members may have wanted to be certain that they held title to their church in proper form.  That there was a church early on the land is confirmed by a deed from Elizabeth Patterson to John Hileman in 1839, referring to a corner of the "meeting house land."  (Cabarrus County Deed Book 22 at pages 285 and 409)

So, early in life, Henry was known as a good Methodist. By the time his mother died in 1856, her Obituary in the Southern Christian Advocate admitted she had born and raised 8 children, and all except one were outstanding members of the Methodist Church community. That one was Henry.

A report on the Palmer family of Stanly County, that Henry had married into, gives a few glimpses into his later personality. It reads "Evidentally, Henry was a colorful character. Public records indicate that he had more than one run in with the law, including court appearances for assault and battery and affray. .......the fall term of 1846 states "The Jurors for the State present upon their oaths Henry Davis for an assault upon Archibald C. Freeman (Esq.) and also disturbing of wedding guests at James Palmers on 3rd day of September 1846".  The Palmer history goes on to suggest that it may have been Henry's own wedding to James Palmer's daughter Martha. This could not have been the case. Henry and Martha were originally good Methodists and would not have had over half of their children before they married. 1846 was the year that my great, great-grandfather Hawk Davis was born and Henry and Martha had had 5 other children before then: Nancy, Sarah, Hampton, Martha and Mary. 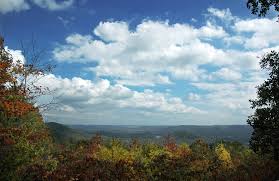 I decided to check the book," Abstracts of the Minutes of the Court of Pleas and Quarter Sessions of Stanly County 1841-1850." This book was abstracted and edited by Helen Lefler Garner and published by the Stanly County Genealogical Society in 1991. Henry Davis appears on nearly every page. Perhaps the breakdown of these 9 years will show a progression in the degression of Henry Davis.

Some of the records are just where he is standing bond for someone or the other to hold office, or of another sort. Those I will not repeat. Some show his standing in the community as in the first entries of the February session, 1841.

Eben Hearne appointed sherriff. Henry Davis one of the securities.

May 1842
Following appointed to superintend and manage election for members of General Assembly in their respective districts on March 11 next: District 8: Henry Davis Esq., James Crump, John Easley.

May 10 "His worship" Henry Davis, present in court.

November Session 1842, Henry Davis, among Justices of the Peace.

February 1844   Among "their worships" present for court: Henry Davis.

Also in 1844, present for all sessions. Again went bond for brother E.W. Davis as sheriff.

Nov 1844, Henry Davis on Committee with Myrick Harward, James Crump and Josiah Floyd to allot Margaret Efird, widow of George Efird, her years provision (Efird spelled Eford in the book. The family is now all known as Efird.)

May 1845 Again, elected Magistrate for District 8.

Went bond with others for Davidson Hearne to serve as Clerk of Court.

The incident at the wedding took place in September of 1846. To his credit, Henry wasn't the only person to be involved in an incident of affray or assault with A. C. Freeman. Old Archibald seemed to be a regular combatant. The old records are rife with tails of them. But it was in this era that things seemed to have taken a downturn for Henry. I have many old court papers buried somewhere from earlier research, that I will one day drag out and peruse for further information. But the Good Methodist, the Justice of the Peace, the Magistrate and the Ranger Henry around this time changed and his life with it. 1846 was the year his son and my ancestor, Horton H. Davis was born.

May session 1847 "Office of Ranger held by Henry Davis being vacated in consequence of his removal, Daniel Efird being appointed in his stead. " 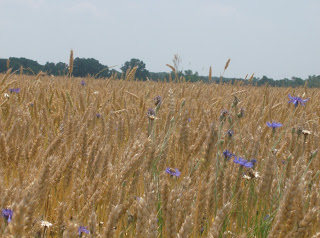 Next session of court, he was still present as a Justice.

November 1847 Deed for 50 ac. from Henry Davis to Joshua Hearne proved by Edmund Almond and ordered to be registered. This was the transaction mentioned in my post:Henry Davis - Martha Mason case

August Session 1848
Henry Davis fined $25 for disorderly conduct and for disturbing the court, ordered in custody of sheriff until fine is paid. Remitted.  This must have been an embarrassing situation for the family as the sheriff was his younger brother, Edward Winfield Davis.

Feb 1849. State vs Henry Davis guilty. Ordered into court until fine and costs are paid. Fined 5 cents. Ordered by court that Henry Davis be fined $5.00 for Contempt of Court, which fine was subsequently submitted.  Evidentally, my old ggg- Grandpa did not like being brought to court that day. He was about 43 years of age by then, and his alchoholism, if that was indeed and most likely the problem, was setting in. Albemarle was full of "grog shops". In just one session in 1848, the court had issued licenses to sell 'spirituous liquors' for a year to 3 different vendors, Joseph Marshall, Henry Marshall and Newton Howell, all of whom Henry had a relationship or kinship. The Marshalls had a close relationship with the Winfields, his mother's family, from Virginia on down. His mother's first husband had been a Howell.

Henry's condition had evidentally gotten much worse by this time: 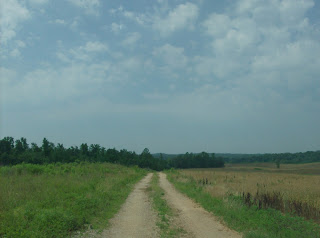 Feb 1849 Edward W. Davis-exparte- Petition as to Henry Davis, - lunacy- Henry Davis found incapable from mutual infirmity to transact ordinary business of life. Ordered that a writ issued to sheriff to summon a Jury to inquire into the state of Henry Davis's mind and sheriff to report to court. Whereupon Edward W. Davis, James M. Davis, Merriott F. Davis and Benjamin Ivy entered  into bond of $2000.  All of those listed were his brothers, except for Mr. Ivy and his reason for  involvement is unknown.

There is a second book on Stanly County court sessions;"Abstracts of Minutes, Stanly County Court of Equity (Superior Court)." Henry is only in this book in one instance.

This lawsuit probably had something to do with the settlement of the state of their father Job, who died in 1852. 1852 was also the year of birth of Henry's youngest child, Margaret Victoria Davis.

For all the cause and circumstance of Henry's downfall, he, with his sons, had enough wherewithall to fight in the Confederate Army in the Civil War. Henry Davis died of disease during service on June 7, 1862 at the age of 56.