The March Meeting of the Stanly County Genealogical Society

The March meeting of the Stanly County Genealogical Society was held on Monday, March 25 2013. A presentation on the old Stanly County Opera House was given by Mr. Louis Bramlett.

Mr. Bramlett is a descendant of Frances Eugene Starnes, or F. E. as he was better known. F. E. Starnes came to Albemarle about 1898 from Monroe. He was the founder of Starnes Jewelry Store, which is still currently located in one of the street-level sections of the old Opera House. Today, the business is owned and operated by Mr. Gene Starnes, an uncle of Mr. Bramlett.

The Jewelry Store opened about 1909, after the building was finished. Mr. Starnes would expand the store and open branches in Salisbury, Lexington, Southern Pines and Badin. When F. E. Starnes died in 1932, his wife and son took over the business, located on the East side of the building,  and the rest, as they say, is history.

Various businesses have occupied the West side of the building. The earliest was a store called New York Dry Goods, operated by Adam Nathaniel Dry. Next, about 1914 was Black & Pickett.

Next, another shoe store called the 'Bell Shoe Store' operated there in the late 1920's and early 1930's.

Merit Shoe Store followed and occupied the space for an extended period of time, from the 1930's and into the 1970's. Merit was operated by Mr. Gene Langley and it was said that he lived for a time upstairs over the store.

Other  businesses that held one of the street level spaces was Economy Auto and Moose's.

The Gold Shop was a store that sold high fashion ladies wear for the younger generation. I can remember the ladies, Linda and Brenda who ran it. It was Albemarle's "Mall Store" uptown.

Top Dollar Pawn and the Bridal Boutique now occupy the buildings to the West of the old Opera House.

The Upstairs offices in the building have also held a menage of occupants and tenants.
Six attorneys have had offices there and two optometrists, F. E. Starnes, himself and Dr.  Cecil Duckworth during the 40's and 50's.

A US Commisioner, Lula Shaver, held an office there. A U. S. Commissioner was an earlier version of a Magistrate today. Several Beauty shops were also located in the upstairs offices: 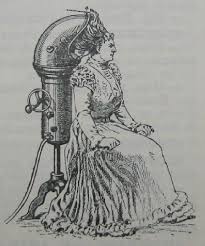 Baltimore Beauty Shop ran by Ruth Peeler Healer was located there during the 1930's and 1940's. It was followed by "Margaret's", and then by Modern Beauty Shop.

But it was the Performance Hall that held the big draw.

Despite the rise in technology, the human condition and it's need for entertainment has always been around. Theaters and opera houses abound in small towns from coast to coast during the Victorian era and into the early years of the twentieth century. Troves of actors and performers would travel from place to place putting on shows and singers would travel and draw people to the venue from all over the county.

A clipping from the Albemarle Press,  an early Stanly County newspaper, said the Opera House was 'not a discredit to the town'. 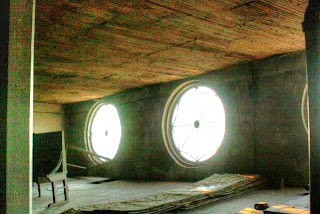 The ornate windows upstairs in the Opera House today.

Graduation ceremonies were held there, and a variety of Vaudeville Shows. 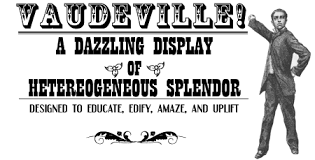 
According to Mr. Bramlett, several musicians had played at the Opera House. Holt Miller was a Pharmacist who was also a muscian. He was known for having invented Sargeants Dog Food. He played at the Opera House. Supposedly recordings still exist of him, but you can't find them on You Tube. If you google "Holt Miller", however, you do end up in Stanly County, NC with a story of how Stanly native, Country Singer Kellie Pickler, shaved her head to honor her friend Summer Holt Miller, a Gospel Singer and also a Stanly County native. It's an endearing story, but the wrong Holt Miller.

Several plays were performed, including "Temptest and Sunshine", "St. Elmo's Fire" and "The Clansman", with performers from New York. The show was renowned for using live horses. The Albemarle stage was upstairs and they were unable to get the horses up there, so the play was performed without them.

Magicians performed, including Wilfred the Wizard.

Mr. Bramlett told the story of two local boys of the era, W. T. Huckabee and Spence Kirk. They had been paid to sweep upstairs. While sweeping the boys came across a nickel, a real treasure for the day, and there was some disagreement on to whom the nickel belonged. W.T. Huckabee kept the coin and promised his friend Kirk that the next money that was found would belong to him. They added the anecdote that Spence Kirk grew up to become a banker. He also had a concrete slab placed over his grave plot so no one else could be buried there. It is debatable how much the nickel incident affected Mr. Kirks later life.


Movies and talking pictures entered the scene between 1914 and 1916. Called "Talkies" they changed the face of entertainment venues. In Albemarle, the Opera House would gain competition in the form of the Alameda Theater about 1916.

A visit or presentation by John McGraw, baseball manager was mentioned.

Another show that was mentioned was the "Jethro and Mamie" Bible and Moving Picture Show and Circus. This act purportedly wintered in Albemarle. There was a movie made about them in Albemarle. The movie cost $800 to make, which would equal to $17,000 today, an estimate given by Mr. Jason Palmer to Mr. Bramlett.


In about 1918, an Undertaker, 'PJ Huneycutt and Co. Furniture and Undertaking' occupied the space beside the Opera House, as can be seen in the photo at the top.  This was the year of a horrendous outbreak of the Spanish Flu. Stanly County citizens were succumbing to the epidemic and falling by the hundreds. The story was that a hole was knocked in the wall to access the next building to allow storage area for the bodies waiting to be processed and interred. Steve Aldridge of Stanly Funeral Home has old undertakers records dating  back for decades. He said wakes were held in homes back then and it was unlikely that 200 bodies were warehoused.


By 1937, the Old Opera House was being used as a Meeting Hall for  the local VFD. According to an attendee who remembered, they met every Friday at 7:30. 
The Tarheel Club Orchestra, including the Furr Brothers performed. The link below includes a photo and article on them.

After the 40's, the Opera House was used primarily for storage. The City of Albemarle stored their Christmas decorations there. Another person had remembered large curtains and mannequins being store there, perhaps from the neighboring Belk store.

The final portion of the presentation by Mr. Bramlett was concerning the ghost stories. The Old Opera House has been plagued by ghost stories for decades. Some thought the residual spirits could have been those of past performers.

To find out the truth concerning the ghost stories, the Starnes' have invited several 'ghost hunters' to come and investigate. Mr. Bramlett played some recordings of these investigators 'talking' to the ghosts. In one conversation, the investigator asks "Can you tell me your name?" and the answer is "Roxy". In another one, when asked "Can you tell me how old you are?", the voice answers in a low tone "Get Out". When the investigator then asks, "Do you want us to get out", the voice replies "Yes".

There are but a few remants that remain of the Albemarle Opera House and it's grand past: Scenery boxes labeled Sossman and Landis;  Beautifully ornate tin ceiling tiles, one of which Mr. Bramlett has had framed; an Estey Organ crate, no doubt used to ship an instrument used for performances in the Opera House, and a 1915 Postcard Mr. Branlett bought off of Ebay.

Below is linked to the Opera House site and an Interesting story taken during a tour.

I had gone to a presentation and tour back during the summer given by The Stanly County Musuem and took the tour. I took a great deal of photos, and some of them came out very smoky or eerie. It is easy to believe that spirits who have not passed on would find this beautiful and elegant building a suitable place to dwell.

If you have never been to the Starnes Store or to the Opera House, I encourage you to visit. It's a lovely piece of Americana and an important part of Albemarle history. Still owned and operated by the Starnes family, the jewelry store is without compare.

A big thankyou to Mr. Bramlett and the rest of the Starnes family for sharing the history of this building with us.