My Wednesday trip to Lancaster, South Carolina was an entirely different journey than the one through Anson to Bennettsville.

Highway 200 from Locust, in Stanly County, leads directly to Lancaster through Union County and Monroe, NC, and then a straight shot into Lancaster County. The landscape is entirely different from start to finish, and the feeling in the air as well. The western edge of Stanly County, and Union County, specifically, has been infected by the virus called Charlotte-Metro. Commuters venture further away from the chaos of Charlotte town and her highways, so her webb spans wider, every thing looks newer. History has been paved over to make way for better roads, parking lots and cookie-cutter-cramped housing.
Crossing the old Rocky from Stanly into Union, the previous days rains had filled her up and she was charging toward the ocean in a muddy rage. Unlike the woodsy, fertile, earthy scent in the air in Anson, the breezes of Union carry the scent of traffic and newly mown grasses. There is country and farms down 200, an old twisty road, suggesting it has been around awhile, the path from Concord to Monroe and on to Lancaster, but they look highly remodeled and mostly occupied. Very well-groomed and modern. Monroe, herself, has tried to save her history, but Highway 74 rages through her from Charlotte like the angry mass of bovine during the 'Running of the Bulls.' 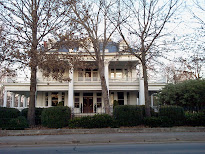 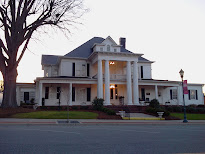 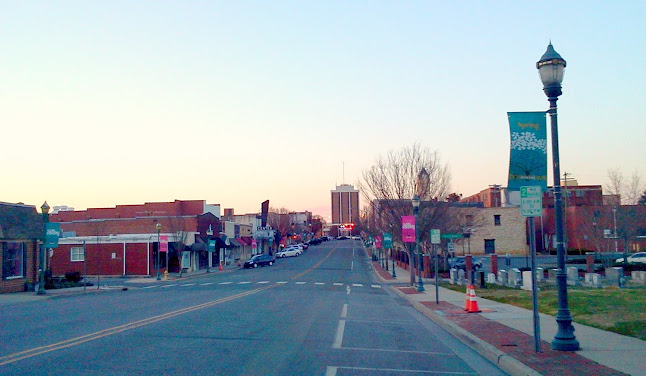 I hate highways, and 200 runs with 74 for awhile. When she veered off, and I attempted to change lanes, a small truck, determined that I was not to be in his way, sped toward me at ramming speed and I had to jerk the wheel back into my old lane to avoid a collision. Just a reminder of why I hate Interstates and similar highways.
Back on the more reasonable 200, I get behind a lopsided burgandy Van, in need of a bath. At the first stoplight, we were going in different directions, so I was able to pull up behind this lady who had no clue why she couldn't get above 30 mph. Her rear front tire was sticking out at least 3 inches upon the road, nearly entirely flat. There were gas stations on either side of the intersection. She could have pulled into either one. The Van was filled to the gills with children, at least 6 or 7 and two boys fighting in the back, third seat of it. A young teenaged girl looked over at me as I beeped at them, and away from her handheld game or phone. She was wrapped in a blanket and tapped on her mother's seat as I was motioning toward the tire. The mother looked over at me as I slapped my hands together indicating 'flat'. She looked totally confused, made a left turn and kept slinking slowly down the highway, oblivious. Perhaps she did not speak sign language either. 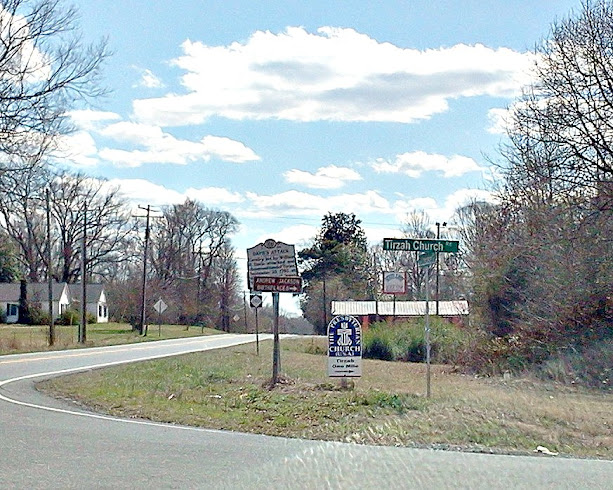 I saw no history along this trail until passing over the Rocky River Road. Then there was an arrow pointing the way down the Tirzah Church road to Andrew Jackson's home place and a historic event sign concerning Davie's Attack. To read more about this event, click here: Davie's attack, Revolutionary War Battle, 1780.

Not far down the road from this sign is another advertising an interesting museum. I had to do a double-take seeing a sign professing 'Wyclef' and Mexico Museum and an Alphabet Museum. What was an Alphabet Museum and what would a Mexico Musuem be doing in Union County, NC and what does Wycliff have to do with it? But they do indeed have one. 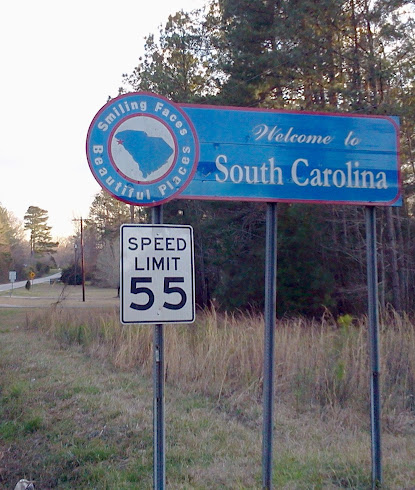 Immediately after crossing the NC-SC border, what begins, but history. SC cut Charlotte and her viney fingers off at the border. 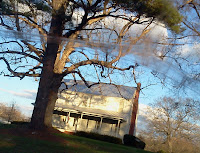 I went to Lancaster in search of a trace of my great, great, great grandfather, Frederick Fincher Starnes. He does not show up in the NC census until 1860, and his oldest two daughter, Alice and Leavy, were born in South Carolina. His wife Mary Louise Bynum was born in NC, but her mother Martha was born in SC. Finch is recorded as having been born in GA, SC and NC. So which is true? He was born in 1828, and would have been a young adult man in 1850 of about 21 or 22. His Civil War papers record him as being from Lancaster District, SC and from Union County, NC. The Starnes/Sternes hovered around the Waxhaw area, so it was sensible to think he may have made his way just across the border down Cane Creek or something, to Lancaster District to start out in life.
Although I found no trace of him in the deeds, I did find mention of him in the library, as another man's property is mentioned as adjoining his. So there he was. From the Lancaster Ledger, Lancaster, SC Vol. IV The End of the War.

"One tract lying on the Rocky River Road on the waters of Big Lynches Creek, bounded by the lands of F. F. Starnes, Estate of Martin Plyler, Anna Courtney, Elisha Plyler and others containing 277 acres, mol. Plats will be sumitted for sale".

I did find a great deal of information on the Bynum/Byrum family and I believe I found Mary Louise's parents. I knew her mother was Martha, but that is it. Something to research. I also found where some of the missing Anson Howell's had relocated to as well, so it was a fruitful day. 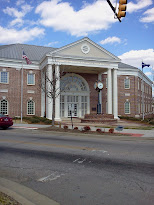 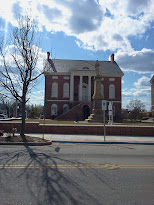 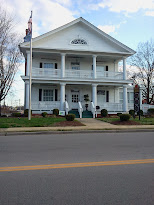 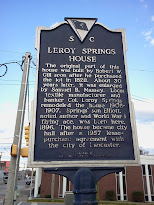 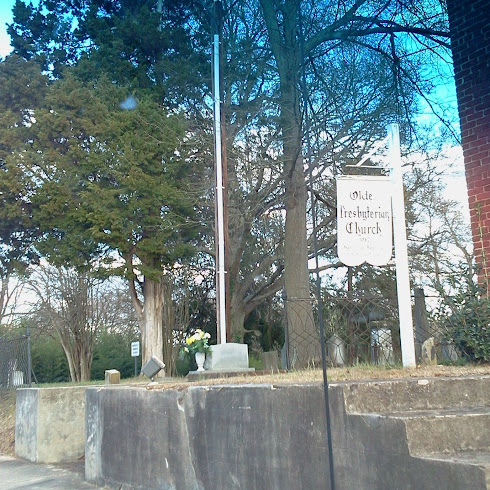 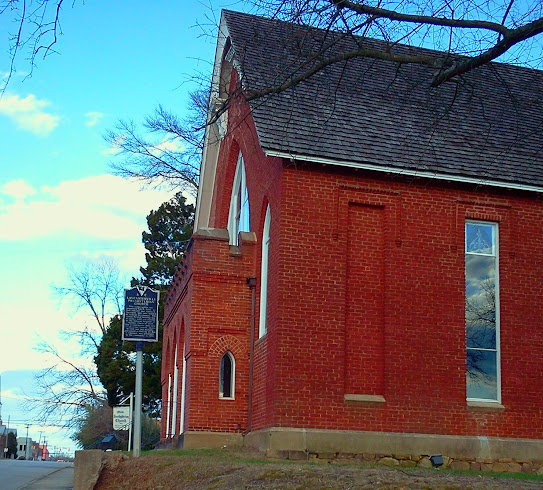 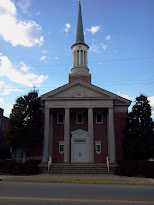 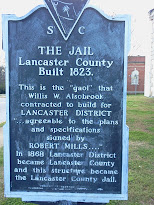 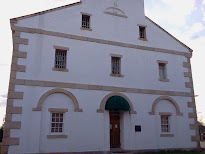 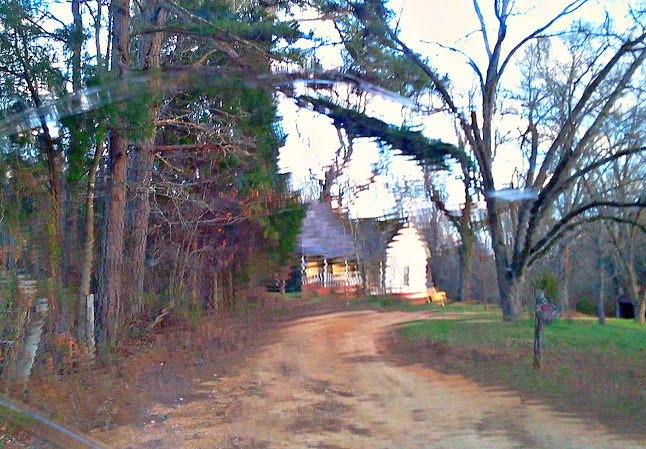 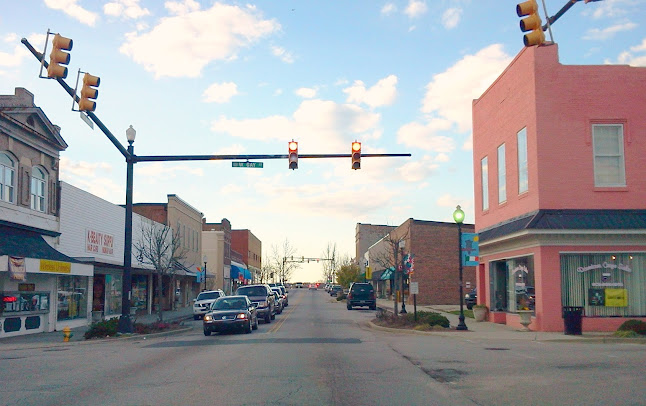 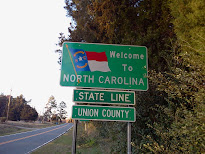 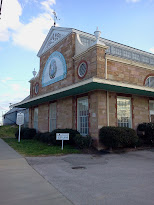 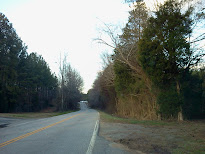