Finch's trace South of the Border 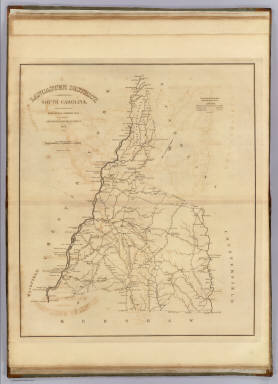 Lancaster District, South Carolina was an odd shaped piece of land with the Catawba River as it's western boundary and North Carolina as it's northern boundary. It is situated just south of Union County, North Carolina, which in it's earlier days was part of Anson and Mecklenburg Counties. The Starnes family, from which my Great, Great Grandmother, Margaret Arleavis Starnes and her father Frederick Fincher Starnes sprang, was originated in the Waxaw area of Southern Union County, in what was part of Mecklenburg back in the day. Leavy, as she was called, and her older sister Sarah Alice, were born in South Carolina. Her father first shows up in the North Carolina census of 1860. I have been in search of his whereabouts in the 1850 census and prior, as he was born in 1828. 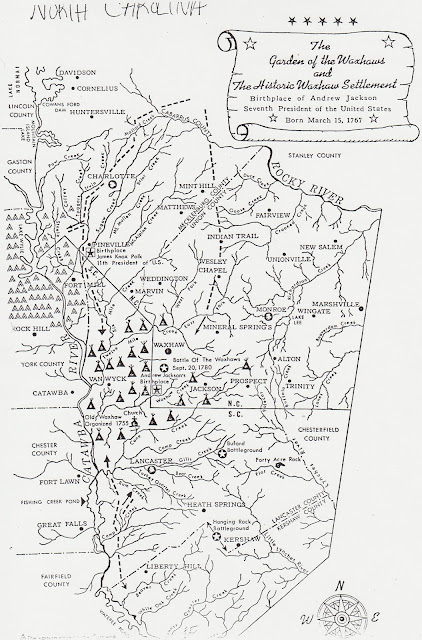 His records of service in the Civil War, note him as being from not only Union County, North Carolina, but also Lancaster District, South Carolina. As is visible on the above old map, Waxhaw was situated along the border and smack in Indian territory. A Catawba settlement reigned just north of the area, and the Waxhaw were without. President Andrew Jackson's birthplace was in this area, and it is easy to see on the map how ol Granpa Finch could have wandered across the border and married and settled. I was also looking for traces of the Byrum's or Bynum's, his wife's family, but that is another post.

I struck treasure with this find in the book, " Items of Interest from The Lancaster Ledger, Lancaster, SC - Vol IV The End of the War".

One tract lying on the Rocky River Road on the waters of  Big Lynches creek, bounded by the lands of F. F. Starnes, Estate of Martin Plyer, Anna Courtney, Elisha Plyler and others containing 277 acres, mol. Plats will be submitted for sale. The crops now growing on these lands will be excepted from the sale, and the purchaser will take possession on the first day of January next.

Although I had not found a deed for him, I had not looked past the 1860's knowing at that time, he was in Brief, Union county, NC near his father and he eventually made his way up that old Rocky River Road to Cabarrus County.  Mentioned under this was:

The house and lot in the Village of Lancaster, containing 3 acres, mol, bounded on the north by Arch Street, on the East by Broad or Main Street, on the West by Catawba Street and on the South by lots of Rev.  J.N. Craig and containing four lots in the plan of the town of Lancaster. The dwelling has been recently constructed , is large and commodius, and forms one of the most desirable residences in the Village.

Lancaster was being born.

What has confused researchers for decades is a couple of things.

In the 1860 census, F. F. Starnes, already father of three, including daughter Leavy, is said to have been born in North Carolina.

In the 1870 census, he is said to have been born in Georgia.

In the 1880 census, he is said to have been born in Georgia.

In the 1900 census, he is said to have been born in North Carolina.

In the 1910 census, he is said to have been born in South Carolina.

From the South Carolina Dept. of Archives and History:

Frederick Fincher Starnes was not born until 1828. This plat was from 1792. This would have been his father.  In the 1830 census of Mecklenburg County, Frederick Starnes IV is listed as having one male in home under 5 and 2 between 5 and 10.

Frederick F. Starnes has a lifetime connection to Nathan T. Starnes, the Stanly County Starnes. They show up in each others documents and Finch married the widow of Nathan's son John. Both married late in life a second time, leaving marriage licenses that mentioned their parents. Both are said to be the sons of Fred and Sallie Starnes, but Frederick Starnes IV, whom F. F. lives near in 1860, was married to Elizabeth Thompson. Could both Nathan and F. F. have been brothers by a first wife? People have Nathan as being the son of Frederick Jr and Madeline or Magdalene Starnes. Could we be tripping over common names? 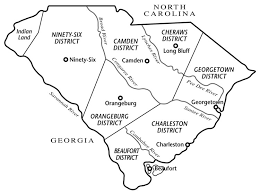 Ninety-six District was close to Georgia. More digging to do.

Posted by Jobs Children at 6:00 PM